Burma’s most prominent nationalist Buddhist monk Shin Wirathu had recently toured the Yakhine State formerly known as Arakan for eleven long days from March 11 to March 21. His tour mainly was to support the Yakhin-Buddhists bitterly fighting against Bengali-Muslim invaders from the neighbouring Bangladesh.

Especially Yakhine-Buddhists’ bitter protests not to relabel Bengali-Muslims as newly-invented Rohingya race in this March Census so that those illegal Muslims from Bangladesh will never have a legitimate claim on Arakan’s land and waters.

UNFPA the main UN organization behind March Burma Census and also the UK embassy in Rangoon has been clearly proactive in giving illegal Bengali-Muslims the so-called Rohingyas a legitimate ethnic race status to undermine the indigenous Yakhine-Buddhists.


UN urgently needs a land big enough to relocate at least 50 million Muslims from Bangladesh which is slowly sinking. Time is rapidly running out for those Bangladeshis living on arsenic-poisoned delta lands right at or below the sea-level.

Believing their Bengali-Muslims' rapid breeding ability and overwhelming numbers against native Buddhists the Bangladeshis also have been openly calling for a referendum in Arakan to secede Northern Arakan first then the whole Arakan from Buddhist Burma.

Muslim Bangladesh is clearly encouraging their Bengali-Muslim brethren already inside Burma (illegally) to gain the indigenous status in Burma and then secede from Burma and join Muslim Bangladesh so that Bangladeshis could get their dirty hands on rich onland and offshore natural resources of Arakan.

At 8 pm on March-11 our Shin Wirathu delivered his first nationalist sermon inside the Main Hall of Great Pyi-lone-chan-thar Pagoda in Sittwe the capital city of Arakan. In his sermon Shin Wirathu encouraged the Buddhist audience to tell the world of their suffering lives under Islamic invasion from slowly-sinking and population-exploding Bangladesh.


He also urged them to get united as one Yakhine-Buddhist people against the Islamic threat and fight back with all means and mainly through the media by information dissemination to the world on their existential fight against the Bengali-Muslim invaders from neighbouring Bangladesh. 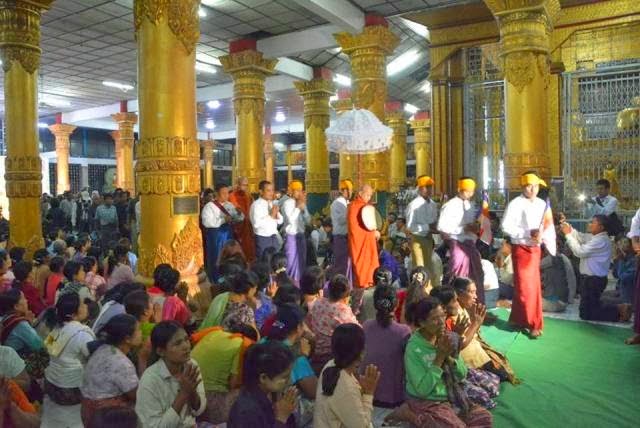 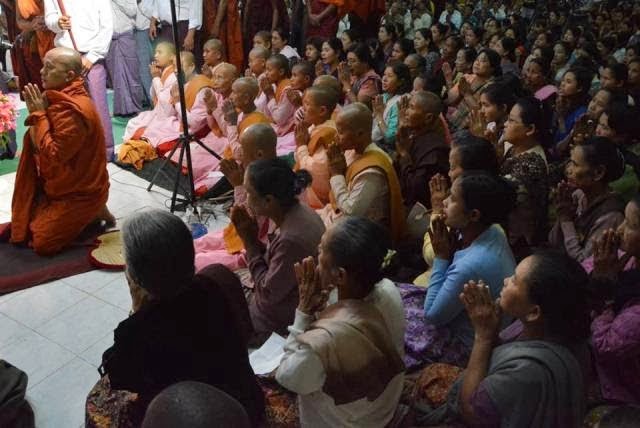 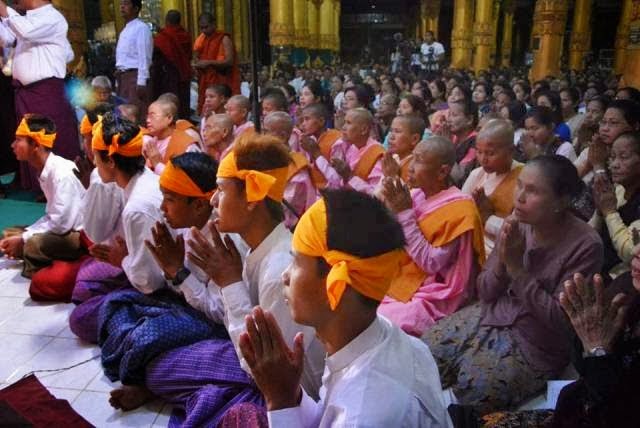 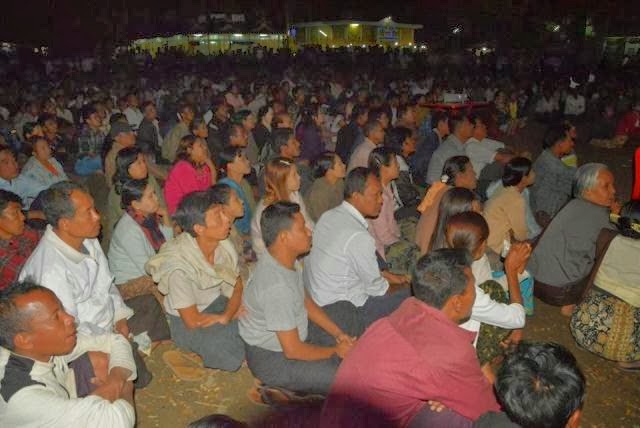