AN anti-Islam party based on the hardline views of Dutch politician Geert Wilders plans to field candidates at the next federal election, raising fears among moderate Muslims of a rise in extremism.

Mr Wilders, an influential far-right figure expected to shape the results of this year’s European elections, told followers in a video message that the Australian Liberty Alliance was being formed to “offer civil minded Australians fresh political vision and better policies”.

Policies advocated by Wilders’ Party for Freedom include deporting immigrants convicted of a crime and stopping all immigration from Islamic countries.


“Many of you are disappointed by current political parties and have had enough of politicians who sell our Western civilisation,” Mr Wilders said in his video. “Like you, good people in Europe, America, Canada have had enough of politicians who don’t share our values and foolishly declare all cultures are equal, and who lack the courage to speak the truth and say that Islam is the biggest threat to freedom today.”

Australian Liberty Alliance was registered as a not-for-profit business last month by Debbie Robinson, the president of the Q Society, an anti-Islam think tank that was responsible for bringing Mr Wilders to Australia last year.

The party will be headquartered in Western Australia and is expected to be launched by Mr Wilders early next year. It is yet to be registered as a political party with the Australian Electoral Commission. Ms Robinson said she intended to stand as a candidate.

Islamic Friendship Association of Australia spokesman Keysar Trad urged Muslims to ignore the fledgling party, warning it would “galvanise hardliners” on both sides of the debate.

“Australia is a different country to The Netherlands but we will be absolutely fearless in saying we don’t believe Islam is good for this country,” Mr Horwood said. 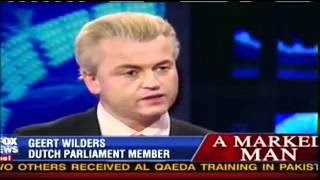 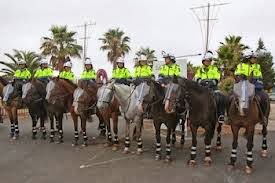 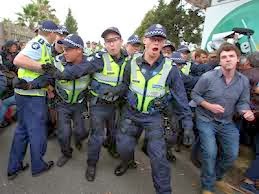 In a Youtube message, Mr Wilders said he would visit Perth next year to help launch the Australian Liberty Alliance, which he described as a freedom party. “Many of you are disappointed with current political parties and have had enough of politicians who sell out western civilisation,” he said.

Mr Wilders, whose Freedom Party is popular in the Netherlands, was the subject of rowdy protests by far Left groups when he toured Australia in February last year. His views were condemned by several political leaders and in some cases he had to find new meeting venues when worried hosts cancelled bookings.

His visit was sponsored by the Q Society, an Australian “Islam-critical” group which is organising an international seminar this weekend in Melbourne.

Mr Wilders said he had been working with Q Society leaders on the new party, which would counter views such as all cultures are equal. “It may seem like a big task but the winds are changing,” he said.

Q Society president Debbie Robinson said her group would remain separate from the new party as an educational civil rights group. “(However), individuals connected with the society are in the process of forming a political movement,” she said.

Speakers at this weekend’s conference include Stop Islamisation of Nations leaders Pamela Geller and Robert Spencer from the US. They were barred from entering Britain last year to speak at an English Defence League rally because their presence was deemed to “not be conducive to the public good”.