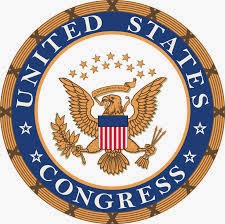 Without really knowing the true history of Arakan and the Islamic genocides committed frequently against our Yakhine-Buddhists that notorious US Congressman James McGovern has sponsored and submitted the pro-Muslim anti-Buddhist resolution HR-418 to United States Congress.

The sole purpose of House Resolution HR-418 is to establish the legal ground so that United States can militarily intervene in the domestic affairs of Union of Myanmar (Burma) in very near future just to protect the more than 800,000 so-called Rohingyas on Burma-Bangladesh border.

Like what Bill Clinton did to Serbia in 1999 by bombing the hell out of the Christian Serbs and giving Serbia’s Kosovo to illegal Albanian Muslims. Now the Socialists in US Congress want to take Northern-Arakan from Burma and give the fertile land to so-called Rohingyas the hated Bengali-Muslim illegals from Bangladesh.


What I would like to suggest to the US Congress is if they really love their Bengali-Muslims so much they should give their more than a million Bengali-Muslims including 180 millions Bangladeshi-Muslims the coveted US Green-cards and later US citizenships as all those Bengali-Muslims must prefer living in rich United States than our dirt-poor Burma.


Let’s see how these American hypocrites cope with 180 million more dark-skinned Muslims on their already racial-strife-torn country. US Congress seems to have a short memory. They have already forgotten the 9-11 monstrosity committed by the fricking Muslims in just 2001.

Whereas the Burma Citizenship Law of 1982 has long excluded from approved ethnic groups the Rohingya people, despite many having lived in northern Rakhine state for generations, and has thereby rendered Rohingyas stateless and vulnerable to exploitation and abuse;

Whereas the violence against ethnic Muslim populations, including the Rohingya and other Muslim groups, is part of a larger troubling pattern of violence against other ethnic and religious minorities in Burma: Now, therefore, be it

Resolved, That the House of Representatives--

(Blogger’s notes: The BNI -- Bare Naked Islam -- the staunch anti-Muslim site has posted a post calling all American patriots to defend Burma by calling their local congressman or woman to vote against said HR-418 sponsored by the widely-hated CAIR -- Council on American Islamic Relations -- one of so many Muslim-Brotherhood-affiliate Islamist groups in the United States.)