(Partly based on news articles from the Coral Arakan News on March 20, 2014.)

Burma fortunately or unfortunately is a multi-ethnic, multi-Religion nation and as a direct result of being a British colony and a part of British-India for almost a century till 1948 Burma has been going through so much racial and religious strives for a very long time since independence on 4 January 1948.

But unlike former Yugoslavia and once-mighty Soviet Union our Burma still exists intact, thanks to ever patriotic Burmese Army, as a sovereign union without being broken up by the world superpowers into many tiny ethno-religious enclaves.

But the political situations all over the world are constantly changing and Burma’s territorial integrity is now being threatened seriously as there are so many powerful countries and organizations now trying to break up Burma into many pieces again like they’d done to former Yugoslavia.


England or Great Britain or the United Kingdom our former colonial master is one of those villainous nations hell bent on breaking up Burma into pieces along the ethnic or religious lines.

The actions of Andrew Patrick the current British Ambassador are the clear indication of that intent. He and his lackeys Muslim groups have been working hard to incite the so-called Rohingyas the widely-hated Bengali-Muslim illegals from Bangladesh to rise up against majority Buddhists first in Arakan and then Burma Proper.

The Rohingya Bloggers the notorious mouthpiece of Saudi-funded Bengali-Muslim Lobby declared that Andrew Patrick the British ambassador had told the Bengali-Muslims in Sittwe and Thandwe that his country Britain and his Rangoon Embassy are closely watching the 2014-March Burma Census’s treatment of so-called Rohingyas in the Arakan.

According to RB News, in the morning of March-19 the British ambassador and his group visited the Bengali-Muslim refugee camps on the outskirt of Sittwe the capital city of Arakan and in the afternoon they went into the now-tightly-sealed Aung-min-galar Bengali-Muslim Ward inside Sittwe and met with the Bengali-Muslims there.

The Benglai-Muslims there told him openly that they were critically concerned about the facts that there are no Muslim census-collectors and the government-appointed census-collectors (mostly government schoolteachers) would not fill in the census form exactly as they would be telling them.

They also told the Britsh ambassador firmly that they wanted to be counted as Rohingyas not Bengalis as Burmese government has designated them. They added that there would be serious troubles if the government census-collectors filled their race as Bengalis not Rohingyas as they had been Rohingyas for many generations.

British ambassador Andrew Patrick then guaranteed them that it was their rights to be counted as Rohigyas or whatever race they wanted in the census. He also told them that Britain and his Rangoon embassy is watching the whole situation closely especially during the crucial census period from March-30 to April-10. 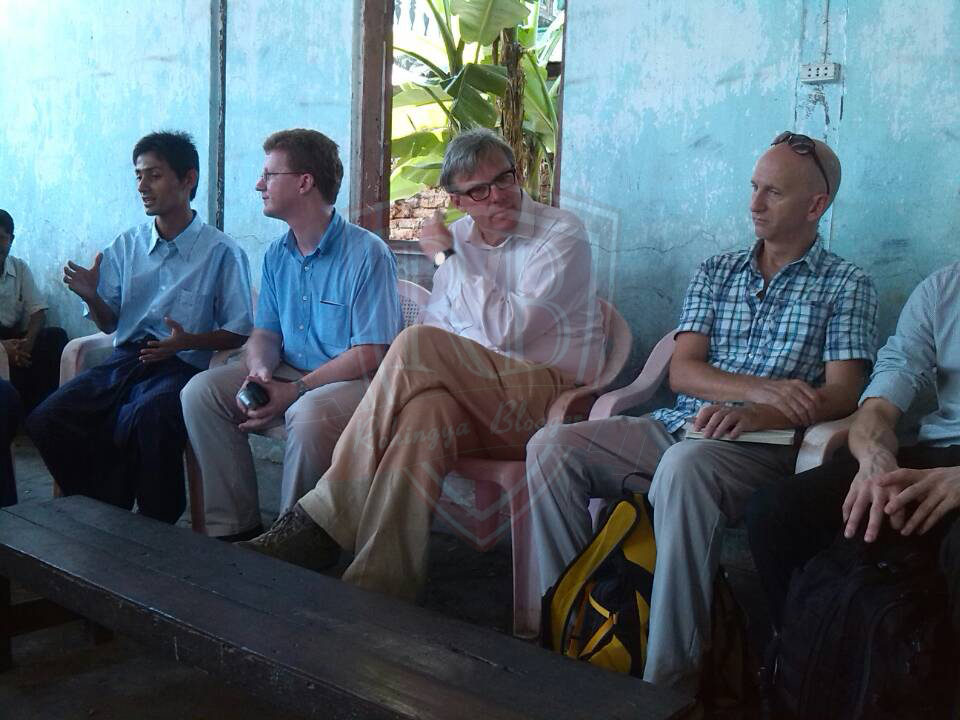 In the morning of March-20 the British delegation led by Stephen Lillie -- the director of the Asia-Pacific Section of British Foreign and Commonwealth Office and formerly British ambassador to Philippines -- and British ambassador to Burma Andrew Patrick met RNDP’s Foreign Affairs Committee at the RNDP Headquarters in Sittwe.

The meeting basically was a heated discussion on the bitter disagreement between two sides on how coming census will count the Bengali-Muslims in Arakan. Obviously pro-Muslim British Government wanted to count them as Rohingyas or whatever they want to call themselves while RNDP position was to approach the Bengali-Muslim problem on the point of view of Burma’s national security and illegal immigration problem.

British delegation had insisted that their Bengali-Muslims must be counted as Rohigyas or whatever they collectively call themselves as that is their human rights. But RNDP’s Khin Maung Gyi countered that by strongly stating that since labelling the Bengali-Muslim illegals  as a seemingly-legitimate ethnic-race Rohingya would adversely affect Yakhine-Buddhists in future that it is Yakhine-Buddhists’ Human Rights to reject that proposal.

Stephen Lille then pointed out the fact that it is an international norm that a people has the right to chose their preferred name for their race in census. But RNDP’s Kyaw Zaw Oo replied that their Arakan is a special situation which should not be handled according to International norms.

When British side asked why Arakan deserves a special situation status RNDP’s Kyaw Zaw Oo explained to them following points:

1) Neighboring Bangladesh has a massive population three times bigger than Burma but territorially just one-fifth of Burma,
2) Bangladesh is sinking slowly,
3) Most of that excess population seeping out of population-exploding and slowly-sinking Bangladesh and seeking refuge all over the world is claiming they are Rohingyas,
4) If Burma accepts their claim as Rohingyas – a self-proclaimed indigenous-ethnic-race – the present Bengali-Muslim illegals in Arakan will definitely become the host communities attracting more Bengali-Muslims from Bangladesh illegally entering Burma, and thus
5) For above reasons Arakan affairs is to be treated as a special case.

Kyaw Zaw Oo then pointed out to the British delegation their hypocrisy that the Russian-Crimeans seceding from Ukraine and joining Russia must be acknowledged as practising their human rights but instead Britain is bitterly denouncing them as the British government is doing now.

British Ambassador Andrew Patrick replied to him that Britain has supported Russian-Crimeans declaring themselves Russians but not the Crimea seceding from Ukaraine as it violates Ukaraine’s soverignity.

RNDP’s Kyaw Zaw Oo then replied to the British Ambassador that they the Yakhine-Buddhist politicians saw the similar fate coming their way as what eventually could happen as next stages once those Bengali-Muslims are accepted as newly-invented and self-proclaimed Rohingyas. We could lose our Arakan to Bengali-Muslim invaders, period.


Kyaw Zaw Oo then told to the British delegation, “We all feel that you people are coming here and insulting us with your grand talks of human rights and international standards. You people are now saying you are really concerned and worried about our Arakan. But we don’t believe you British really understand what’s been going on here in our Arakan.  You British will really understand our feeling only when one-third of total Britain’s population will be illegal Muslims.” 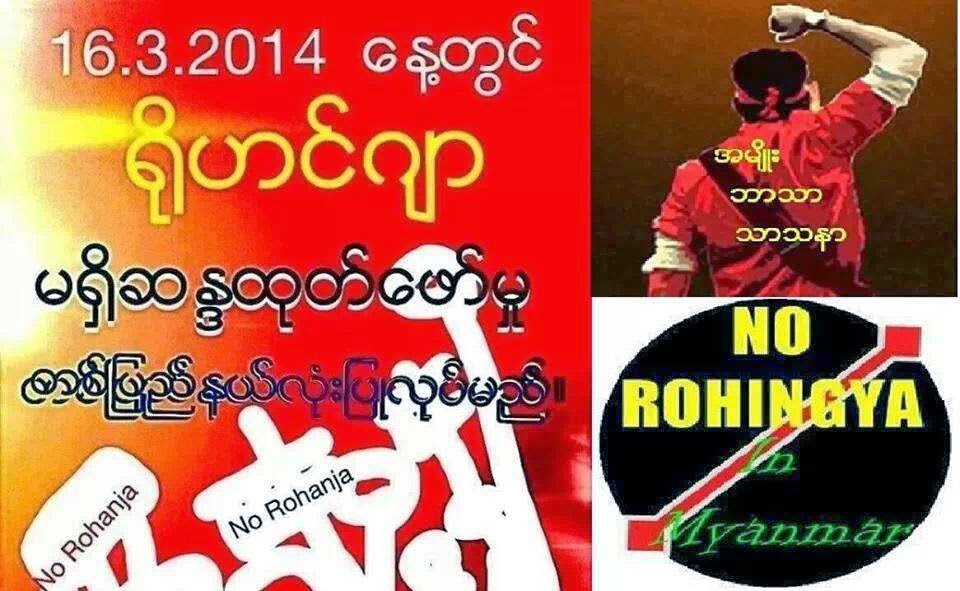