(News article and photos direct from the New Light of Myanmar on March 28, 2014.) 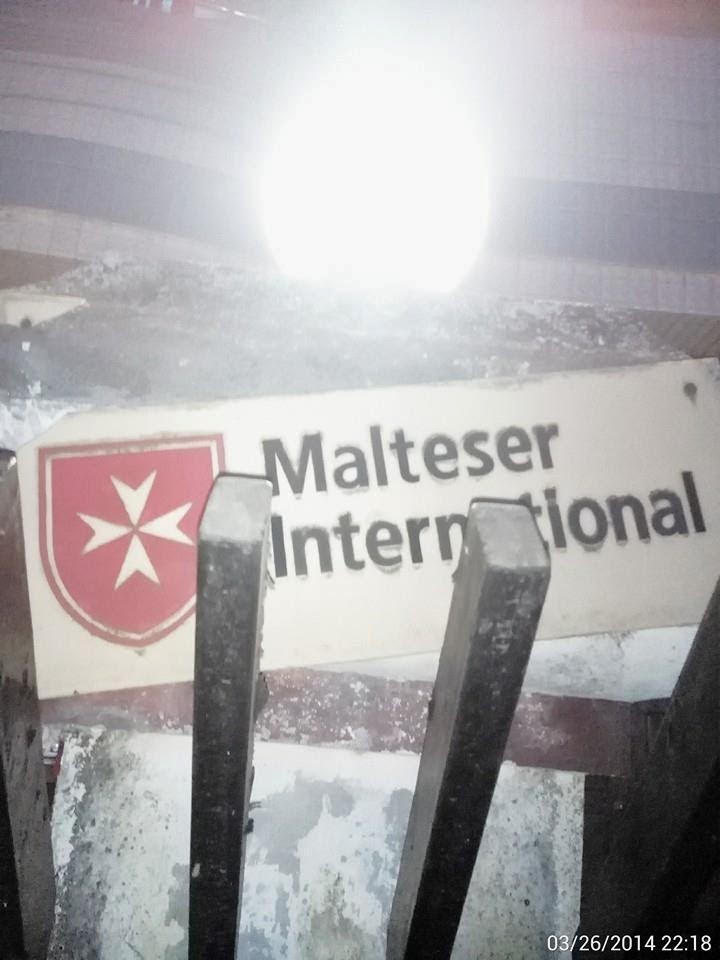 Nay Pyi Taw, 27 March --- The Rakhine State government will carry out a probe into riots that took place on 26 and 27 March, targeting offices and residences of international aid organizations in Sittway town, Rakhine State, the Ministry of Home Affairs said on Thursday.

In the first incident on March 26 at around 8:30 pm, around 50 locals surrounded a facility rented by the humanitarian organization Malteser International, hurling stones at the house. The attack came in response to the removal of a Buddhist flag hoisted at the house, with officials saying that Mrs Yvonne Dunton, project coordinator of the organization, had taken down the flag.

The crowd dispersed around 11:30 pm after local authority and Buddhist monks intervened.


Following the incidence, Mrs Yvonne Dunton and her husband fled to the house of a man identified as U Aye Htun Sein located in Gaukshi Road.

As the mob moved to the house of U Aye Htun Sein to demand the handover of the woman, police arrived to escort her and her husband to a guest house owned by the local police force.


Thursday morning at around 10:45 am, around 200 local people surrounded a residence of ICRC workers in Sittway, throwing stones at the house and damaging windows as well as breaking the windshield of a Toyaota Landruiser. The crowd dispersed around 11:50 am as the security forces fired five warning shots and the crowd dispersed.

The office of UNHCR was attacked the same day in Sittway by a mob which hurled stones, with the OCHA office and garage used by the WFP also targeted. Security forces fired 15 warning shots.

A total of 71 aid workers, including 32 foreigners, have been evacuated and are now staying at the guest house of the local police force.


Local authorities and monks have called on all people to abide by the rule of law, with the local police force saying it is providing security to the international aid workers.

The Ministry of Home Affairs has announced that it will carry out an investigation into the incidents, and that actions will be taken against those who got involved in the incidents. 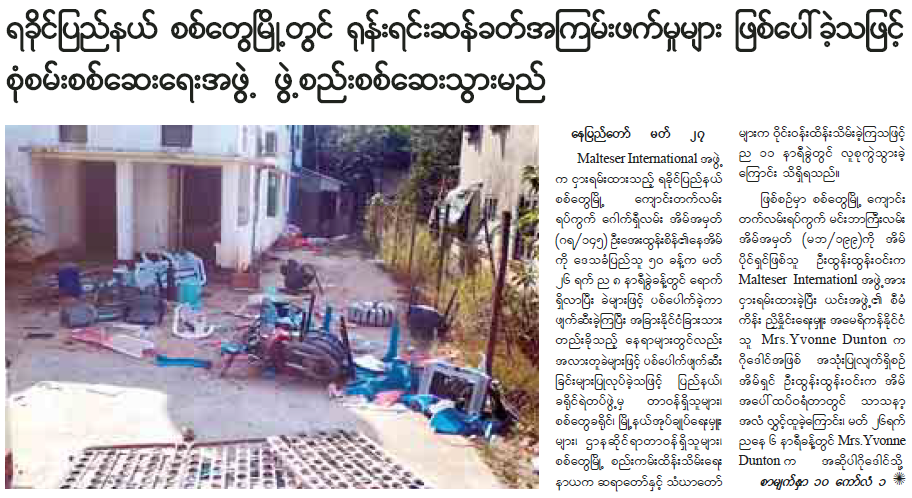 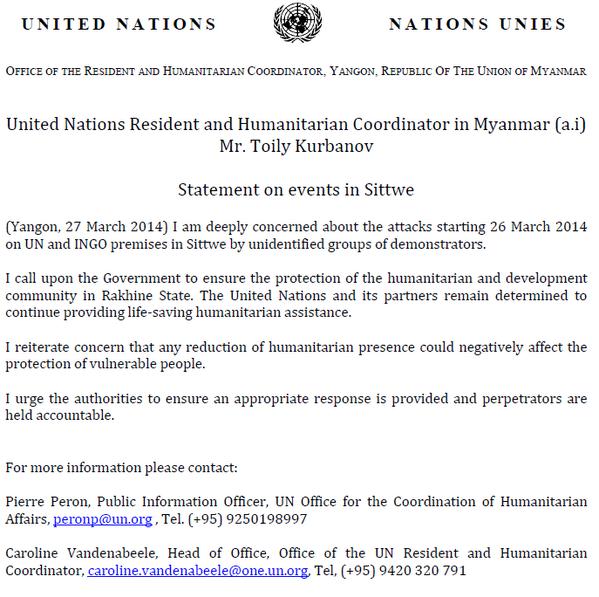 
Related posts at following links:
Malteser-International Attacked in Sittwe after Buddhist Flag Desecrated
Posted by Hla Oo at 11:02 AM