No Rohingya Race For Census: Only Bengali-Muslim Race 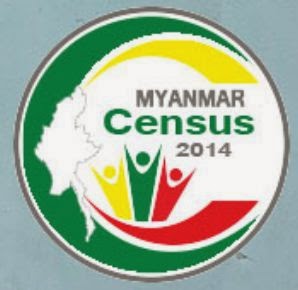 Sittwe, Myanmar - Myanmar bans 'Rohingya' term from census. Myanmar said Saturday that Bnegali-Muslims would not be allowed to register as "Rohingya" in its first census in three decades despite UN assurances, on the eve of a survey that has fanned sectarian tensions.

The move came as Buddhists in an unrest-hit western state vowed to boycott the census over fears it could lead to official recognition for the Rohingya, viewed by the United Nations as among the world's most persecuted minorities.

"If a household wants to identify themselves as 'Rohingya', we will not register it," government spokesman Ye Htut told reporters in Yangon. He said people could call themselves "Bengali", a term used by the authorities who view most Rohingya as illegal immigrants from neighbouring Bangladesh.


Foreign aid workers fled the restive western state of Rakhine this week after Buddhist mobs attacked their offices as tensions escalated in the run up to the census. An 11-year-old girl was killed by a stray bullet after police fired warning shots to disperse angry crowds in the state capital Sittwe.

Humanitarian workers in the region have come under increasing pressure from Buddhist nationalists who accuse them of bias in favour of local Muslims. The United Nations is pulling some 50 international and Myanmar staff from the region, while other major humanitarian groups are also removing their workers temporarily.

Households across Sittwe were seen Saturday bearing signs declaring: "This house is protesting against the census. Do not register". Myanmar's first census since 1983, which is set to begin on Sunday and last for 12 days, is backed by the United Nations Population Fund (UNFPA) and is aimed at plugging an information deficit in the former junta-run country.

The population tally has come under fire for its inclusion of ethnic and religious questions, which critics say will further fan the flames of unrest and threaten fragile peace talks with minority rebel groups.


Buddhist nationalists have reacted with fury to the fact that the questionnaire includes a section for people to self-identify their ethnicity, theoretically allowing the Rohingya to be registered as such and raising fears it could lead to political rights for the group.

But government officials in the state have sought to assure them that the term will not be counted, according to local MP Aung Mya Kyaw. "They will only write down 'Bengali' because Rohingya doesn't exist," he told AFP.

Long-standing animosity between Buddhists and Muslims in Rakhine erupted into bloodshed in 2012, leaving dozens dead in clashes and around 140,000 people displaced. Muslims in remote parts of Rakhine have reported that the authorities have threatened local people with harsh penalties if they try to identify as Rohingya.

The Rohingyas (or Bengali-Muslim illegal immigrants) are subject to a web of restrictions on travel, work and even marriage. 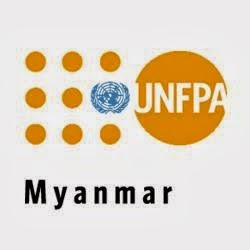 YANGON — UNFPA, the United Nations Population Fund, is very concerned about the mob attacks on international NGO and UN offices in Sittwe yesterday, and supports the call by the UN Resident Coordinator/Humanitarian Coordinator (a.i.) on the Government to ensure the protection of the humanitarian and development community in Rakhine State.

All UNFPA staff are accounted for and safe. UNFPA will retain essential staff, and will continue to assess the need for any further action as the situation develops.

UNFPA is concerned by reports linking the riots to mounting tensions in Rakhine State in relation to the Myanmar census, which is due to begin on March 30.

In accordance with international standards and human rights principles, and as part of its agreement with the UN and donors, the Government has made a commitment that everyone who is in the country will be counted in the census, and all respondents will have the option to self-identify their ethnicity. This commitment cannot be honoured selectively in the face of intimidation or threats of violence.

Reliable census data can only come from an enumeration in which the safety and security of enumerators and respondents is assured. Respondents must feel safe to answer all questions freely, and enumerators must be able to record the answers faithfully, without fear or intimidation.

Official actions to address security concerns during the census must not compromise the commitment to uphold international standards and human rights principles. Any measure adopted must guarantee the right of all people to participate in a census that is conducted in a fair, inclusive and uniform manner in every state and for every community.

It is quite mind-boggling as that is the main reason the Yakhine-Buiddhists nowadays have been extremely restless and edgy. UNFPA and UK's Rangoon Embassy have even declared that it is the international norm to collect race and religion of every resident.