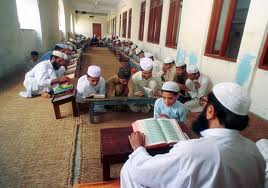 Washington: About 24,000 'madrassas' in Pakistan are funded by Saudi Arabia which has unleashed a "tsunami of money" to "export intolerance", a top American senator has said adding that the US needs to end its effective acquiescence to the Saudi sponsorship of radical Islamism. Senator Chris Murphy (D-Connecticut) said Pakistan is the best example of where money coming from Saudi Arabia is funnelled to religious schools that nurture hatred and terrorism.

"In 1956, there were 244 madrassas in Pakistan. Today, there are 24,000. These schools are multiplying all over the globe. These schools, by and large, don't teach violence. They aren't the minor leagues for al-Qaeda or ISIS. But they do teach a version of Islam that leads very nicely into anti-Shia, anti-Western militancy. Those 24,000 religious schools in Pakistan thousands of them are funded with money that originates in Saudi Arabia," Murphy said in an address yesterday to the Council on Foreign Relations, a top American think-tank.

According to some estimates, since the 1960s, the Saudis have funnelled over USD 100 billion into funding schools and mosques all over the world with the mission of spreading puritanical Wahhabi Islam. As a point of comparison, researchers estimate that the former Soviet Union spent about USD 7 billion exporting its communist ideology from 1920-1991.

"Less-well-funded governments and other strains of Islam can hardly keep up with the tsunami of money behind this export of intolerance," Murphy said. "The uncomfortable truth is for all the positive aspects of our alliance with Saudi Arabia, there is another side to Saudi Arabia that we can no longer afford to ignore as our fight against Islamic extremism becomes more focused and more complicated," he said.

"The United States should suspend supporting Saudi Arabia's military campaign in Yemen, at the very least until we get assurances that this campaign does not distract from the fight against IS and al-Qaeda, and until we make some progress on the Saudi export of Wahhabism," he said.

Murphy demanded that Congress should not sign off on any more US military sales to Saudi Arabia until similar assurances are granted. He said that the political alliance between the House of Saud - Saudi Arabia's ruling royal family - and orthodox Wahhabi clerics is as old as the nation, resulting in billions funnelled to and through the Wahhabi movement.

The vicious terrorist groups that Americans know by name are Sunni in derivation, and greatly influenced by Wahhabi and Salafist teachings, Murphy said adding that leaders of both Democratic and Republican parties should avoid the extremes of this debate, and enter into a real conversation about how America can help the moderate voices within Islam win out over those who sow seeds of extremism. 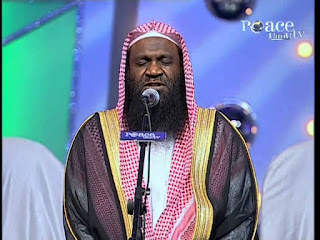 A former imam of the Grand Mosque in Mecca has said that the Islamic State (IS) group follows the same brand of Islam as officially espoused by Saudi Arabia. This is consistent with Sheikh Adel al-Kalbani’s many pronouncements over the years, that Islamic State is a “true product of Salafism,” that Shi’ites are “apostates,” and rejoicing that Saudi Arabia “shelters [him] from hearing church bells ringing.”

Yet Obama, Kerry, Clinton, Cameron, Merkel, and most Western leaders insist that the Islamic State is not Islamic. Footage translated by British think tank Integrity UK on Wednesday showed leading cleric Sheikh Adel al-Kalbani speaking to the Dubai-based channel MBC about what he believes are the roots of IS.

“We follow the same thought [as IS] but apply it in a refined way,” he said. “They draw their ideas from what is written in our own books, from our own principles.” The cleric said that “we do not criticise the thought on which it (IS) is based”.

Kalbani was refused a visa to visit the UK in 2013. Although no official reason was given for the refusal, it was reported at the time that it may have been linked to televised comments he made calling Shia Muslims apostates. Apostasy is a term used to describe Muslims who have left Islam.

In his MBC interview, which was broadcast on 22 January, Kalbani said IS and Salafists in Saudi Arabia shared the same opinion on apostasy, which is that those who leave Islam should be executed. Kalbani also spoke about the killing of journalists by IS, including Americans James Foley and Steven Sotloff, which drew global condemnation in September 2014. He said “their blood was shed according to Salafist fatwas (religious edicts) not outside the Salafist framework.”

Saudi Arabia has regularly been compared with IS, in so much that both appear to stipulate similar punishments for crimes that include apostasy, adultery, and drinking alcohol. However, Riyadh has rubbished such claims, and fought back by saying they face a domestic threat from IS and are working hard to round up supporters of the group in the kingdom.

IS has repeatedly said it wishes to topple the Saudi royal family and the group has declared a province in the kingdom. IS has also claimed responsibility for several bombings in Saudi Arabia since the beginning of 2015, including multiple attacks on the Saudi Shia community and on police in the country’s southern region. 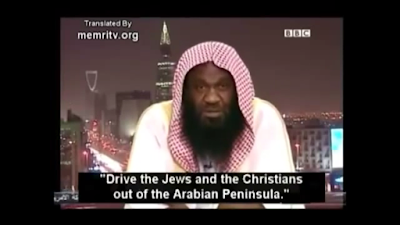