(Mario Loyola’s Article from The NATIONAL REVIEW on 11 February 2016.) 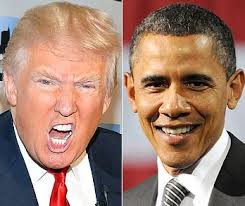 Progressives apotheosized the dictatorship of the majority. Now they finally have reason to fear it. In The Eighteenth Brumaire of Louis Napoleon, Karl Marx famously blamed the French bourgeoisie for the dictatorship of Louis-Napoleon. The dictatorship “was contained in a finished state within the parliamentary republic,” wrote Marx. “It only required a bayonet thrust for the bubble to burst and the monster to spring forth before our eyes.”

Marx was right about some things, and that was one of them. It’s a lesson progressives should keep in mind as they behold the rise of Donald Trump. An American dictatorship is now a realistic possibility, because 80 years of progressive politics have left us with its vital elements fully contained within our system of government.

Since the administrations of Woodrow Wilson and Franklin D. Roosevelt, progressive presidents have been loosening the Constitution’s constraints on executive power, Obama most of all. We could soon find that the only things standing between us and the bubble’s bursting are the forbearance and wisdom of Donald Trump.


Consider the precedent set by two Obama actions: the DAPA executive amnesty of illegal immigrants and the “suspension” of the business mandate under Obamacare. Both orders relied on incidental executive powers: prosecutorial discretion and administrative impossibility, respectively.

The problem was that Obama used them prospectively, to apply to circumstances that didn’t exist yet. The power to suspend the operation of a law prospectively is a legislative power, as Obama himself acknowledged when be bragged, after the immigration order, “I changed the law.”

There is in the Anglo-American tradition a clear precedent for the executive’s power to suspend the law. Under the royal “prerogative of suspension,” the British monarch could summarily “suspend” the operation of any law at any time. The Glorious Revolution of 1688 did away with that power.

And as we know from the records of the Philadelphia Convention, the original Constitution carefully circumscribed the veto precisely in order to ensure that the president would never exercise such a power. So how far does this newfound suspension power go?

Think about the business-mandate penalty in Obamacare: Unless you’re a small company, you have to offer health insurance to your employees or pay a $3,000 tax. The tax liability is created by operation of law, but Obama announced that it wouldn’t be collected for several years, and — abracadabra — the liability vanished from financial statements across the land.

So if Obama can eliminate statutory tax obligations by the stroke of a pen, would a future Republican president be able to eliminate taxes that he doesn’t like, such as the capital-gains or corporate-income tax? Obama was asked that question in a 60 Minutes interview, and he answered simply, “No.”

He didn’t explain why not, but the reason is not hard to divine: There was public support for both the immigration order and the business-mandate suspension, whereas a unilateral suspension of the capital-gains tax would probably be deeply unpopular. Thus, the only constraint on this newfound suspension power is political, not constitutional.

That’s in harmony with the view of left-wing law professors such as Adrian Vermeule and Eric Posner, who believe that Congress could delegate all legislative authority to the president, without concern for the Constitution’s separation of powers, because political constraints will be enough to prevent the establishment of a dictatorship. 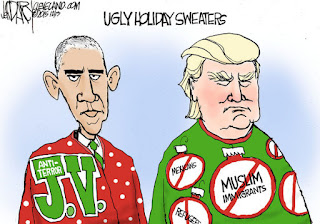 One wonders if Vermeule and Posner are having second thoughts now. “Shame is our most powerful restraint on politicians who would find success through demagoguery,” wrote Ezra Klein at Vox. But of course that’s no restraint at all for a demagogue, which was the point of constitutional limits.

Most Americans probably don’t realize that only a small fraction of our laws are passed by Congress. The vast majority are enacted as “rulemaking” by regulatory agencies in the executive branch, pursuant to congressional delegations of legislative authority. The Obama administration has been particularly virulent in this respect, with executive agencies such as the Environmental Protection Agency enacting transformative regulations that would never pass in any Congress.

In the case of Yakus v. United States (1944), the Supreme Court decided that it didn’t need to worry about Congress’s delegation of legislative authority to the executive branch, because both Congress and the federal courts were in a position to police what the executive does with those delegations.

This rationale has been abundantly refuted in the decades since. Congress is never in a position to block an agency rule, except in the rare circumstance that the president’s own party rebels against him. And the Court uses the pose of “deference” to justify letting the political branches do exactly as they please, concerned most of all with preserving the Court’s own popular legitimacy.

Congress that wrote the Clean Air Act would never have imagined that the EPA would one day use it to seize control of America’s electricity generation from the states, as its Clean Power Plan envisions. Yet now, even a large majority of Congress can’t stop the rule.

Through a clever delegation, any president can collude with Congress to impose law on future Congresses. That is exactly the purpose of the new Consumer Financial Protection Bureau under Dodd-Frank. The CFPB will be creating law and adjudicating on autopilot, with its own revenue stream, subject to no political control whatsoever, until a president and a congressional supermajority can combine to kill it.

With Congress powerless to stop what the president does with delegated authorities, the last line of defense is the federal courts. That, alas, has proved to be no defense at all. In the case of Chevron v. Natural Resources Defense Council (1984), the Supreme Court ruled that an executive agency’s interpretation of its own enabling statute is due broad deference, if there is any “rational basis” at all for that interpretation. Incredibly, the Chevron rule even applies to agency determinations regarding the scope of their own powers.

Many Americans would be embarrassed to learn (as I was in law school) the contortions of sophistry and solipsism that federal courts are willing to perform in order to let agencies escape the limits in their enabling statutes. Chevron contains another lesson, too: It was hailed at the time as a victory for Ronald Reagan against crusading environmentalists, because political short-sightedness afflicts us all. 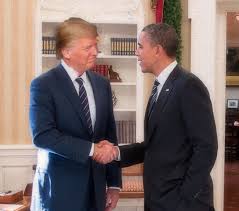 The Supreme Court dealt the EPA’s clean-power plan a potentially fatal blow this week, when it decided to delay implementation of the rule until the legal challenges have run their course, but that is a function of Obama’s appetite for testing the high court’s deference to the limit.

Another crucial constitutional limit that progressives have systematically dismantled is the principle, nearly universal in properly functioning societies, of non-circumvention. The principle holds that government cannot accomplish, through coercive indirection, something that it is forbidden from doing directly.

Like most other limits on government power, the non-circumvention principle was substantially weakened by the New Deal. The most significant result has been “cooperative federalism,” the slow federal takeover of state agencies. The federal government uses conditional grants of money to the states, and conditional grants of permission for state agencies to implement federal regulations, in order to shape state spending and regulation in ways that everyone agrees it would not be able to do directly.

The Clean Power Plan uses the EPA’s control over coal-fired electrical generation to impose cap-and-trade or its equivalent on the areas of each state’s economy that fall outside the EPA’s jurisdiction. Likewise, the Department of Education has no jurisdiction to regulate American universities but is using its monopoly of federal student aid to force all universities to adopt the same definition of “credit hour.”

These are just two examples among many of the executive branch’s escaping both the non-circumvention principle and the limits on congressional delegations simultaneously. The progressive cookbook is full of recipes for the dictator of the future.

Take, for example, Obama’s masterful use of regulatory uncertainty to achieve his goals, in defiance not just of Congress but of the federal courts. In the months after the Gulf oil spill, Obama imposed a moratorium on all offshore drilling, despite the fact that most of those operations were at stages of drilling in which there was virtually no chance of a spill.

When one court tossed the moratorium out, the Obama administration came back with a modified version that actually expanded the moratorium; and by the time that one was tossed out, Obama simply slow-walked the needed permits. He had achieved his objective, which was to chase most of the Gulf’s deep-sea drilling rigs to other parts of the world.

Obama has demonstrated a willingness to use his constitutional powers against political opponents, as shown by the IRS persecution of tea-party groups, and by selective prosecutions — for example, targeting Senator Bob Menendez for accepting favors in connection with official duties, but not Hillary Clinton; or General David Petraeus for misuse of classified information, but not Hillary Clinton. 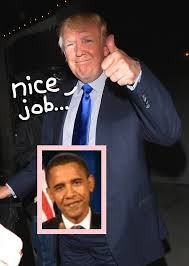 Only Obama’s forbearance and wisdom, such as they are, have kept him from taking the approach of Vladimir Putin and Hugo Chávez and overtly intimidating critics by threatening their economic interests.

With that in mind, consider Donald Trump’s attempt, before a recent Fox News GOP debate, to get anchor Megyn Kelly fired, or at least withdrawn from moderating the debate, as a condition of his participation. Imagine what he might do once armed with the powers of Obama’s post-constitutional presidency.


To accomplish their vision of social justice, progressives needed to do away with constitutional limits on government power. Sooner or later, they will wish they hadn’t, for the bane and enlightenment of us all.
Posted by Hla Oo at 6:28 PM