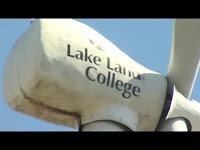 The turbines were funded by a $2.5 million grant from the U.S. Department of Labor, but the turbines lasted for less than four years and were incredibly costly to maintain. “Since the installation in 2012, the college has spent $240,000 in parts and labor to maintain the turbines,” Kelly Allee, Director of Public Relations at Lake Land College, told The Daily Caller News Foundation.

The college estimates it would take another $100,000 in repairs to make the turbines function again after one of them was struck by lightning and likely suffered electrical damage last summer. School officials’ original estimates found the turbine would save it $44,000 in electricity annually, far more than the $8,500 they actually generated.


Under the original optimistic scenario, the turbines would have to last for 22.5 years just to recoup the costs, not accounting for inflation. If viewed as an investment, the turbines had a return of negative 99.14 percent.

“While they have been an excellent teaching tool for students, they have only generated $8,500 in power in their lifetime,” she said. “One of the reasons for the lower than expected energy power is that the turbines often need to be repaired. They are not a good teaching tool if they are not working.”

The college estimates it would take another $100,000 in repairs to make the turbines function again after one of them was struck by lightning and likely suffered electrical damage last summer. Even though the college wants to tear down one of the turbines, they are federal assets and “there is a process that has to be followed” according to Allee.

The turbines became operational in 2012 after a 5-year long building campaign intended to reduce the college’s carbon dioxide (CO2) emissions to fight global warming. Even though the turbines cost almost $1 million, but the college repeatedly claimed they’d save money in the long run.

“It is becoming more and more difficult for us financially to maintain the turbines,” Josh Bullock, the college’s president, told the Journal Gazette and Times-Courier last week. “I think it was an extremely worthy experiment when they were installed, but they just have not performed to our expectations to this point.”

Bullock states that the turbines simply haven’t been able to power the campus’ buildings and that most of the electricity wasn’t effectively used. Lake Land plans to replace the two failed turbines with a solar power system paid for by a government grant. “[T]he photovoltaic panels are expected to save the college between $50,000 and $60,000 this year,” Allee told the DCNF.

Globally, less than 30 percent of total power wind capacity is actually utilized as the intermittent and irregular nature of wind power makes it hard to use. Power demand is relatively predictable, but the output of a wind turbine is quite variable over time and generally doesn’t coincide with the times when power is most needed.


Thus, wind power systems require conventional backups to provide power during outages. Since the output of wind turbines cannot be predicted with high accuracy by forecasts, grid operators need to keep excess conventional power systems running. Wind power accounted for only 4.4 percent of electricity generated in America in 2014, according to the Energy Information Administration.

Back in 2012 Lake Land College Newsletter was full of praise

Despite the bad weather, the first of the college’s two 100 kW wind turbines has been installed. This project is made possible by American Recovery and Reinvestment Act funding via the Illinois Department of Commerce and Economic Opportunity and a Community-Based Job Training Grant from the U. S. Department of Labor.

The new turbines will offer students advanced training for large-scale turbine maintenance and energy production. They will also power buildings on campus with alternative energy, further reducing the cost of utilities for Lake Land College. Because Lake Land College officials and experts worked with the manufacturer to create customized turbines, it is projected that there will be a significant return on this investment of Class Two wind speeds, making these turbines a very affordable option for the college.

The two turbines are estimated to produce more than 220,000 kilowatt hours each year, thereby reducing the number of kilowatt hours of electricity needed by 440,000. The college estimates that the initial energy savings will be around $44,000 annually.

What exactly does this mean? Here’s a real-world example: the average Illinois home consumes 1,100 kilowatt hours each month. The two turbines should produce 36,667 kilowatt hours each month. Based on this information, the two turbines could produce enough energy to power the average Illinois home for just over 33 months, or 2.8 years! 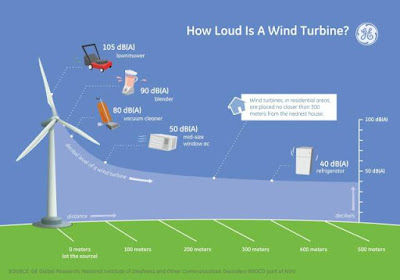 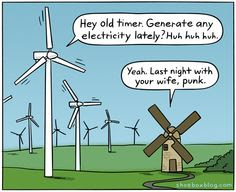