(Frank Chung’s article direct from The NEWS.COM.AU on 8 September 2016.)

Harry Triguboff warns of dangerously accelerating China crisis. A “VERY significant” number of Chinese buyers are failing to settle their off-the-plan units and urgent action is needed to prevent a crisis, Australia’s richest man has warned.

Harry Triguboff, founder of Australia’s biggest apartment builder, Meriton, says he predicts an increasing number of Chinese buyers will be forced to forfeit their deposits as local banks pull funding and China cracks down on capital outflows.

Mr Triguboff is the country’s third-richest person with an estimated net worth of $10.1 billion. Australia’s foreign investment driven property boom boosted the 83-year-old’s net worth by $1.3 billion last year, the biggest gain of anyone on Forbes’ annual rich list.


In earlier reports, Mr Triguboff appeared to downplay the impact of the “very small” number of defaults Meriton had seen, but he told news.com.au the problem was growing. “There are a lot of Chinese now that are not settling. When you say the numbers are low, it’s because you take it over a long period, which is irrelevant,” he said. “You must take today’s figures, so the numbers are very significant. Now the people are running around trying to find alternate finance.”

In February, broker CLSA cut its apartment forecasts due to concerns around ongoing bank tightening of lending to foreign investors, and an official crackdown by the Chinese government trying to stop the flow of money leaving its shores.

Mr Triguboff confirmed that a growing number of Chinese were desperately seeking local buyers to enter into third-party settlement arrangements so they could recover their deposits. Buyers who are settling now have “made a lot of money” as construction on those apartments started two years ago and the market has increased significantly in that time, he earlier told The Australian, warning that settlement risk would rise in the new wave of developments as price growth stalls.

Locals can enter into third-party settlements with Chinese buyers and in some cases save more than $100,000. Agents, brokers and developers are all keen to arrange these third-party deals so they get their cash.

On social media platform WeChat, for example, one Chinese agent is advertising a two-bedroom unit in Hurstville’s Highpoint development for the original contract price of $600,000 plus $10,000 in cash. “At present bank appraisal $720,000,” she writes.

“They’re doing it, they’re doing it,” Mr Triguboff said. “But the local buyers are very small in number. So I don’t know — maybe if the market falls enough they might come in, because don’t forget that interest rates are very low, so the repayments may be very attractive when compared to the rents.”

Asked whether he agreed with CLSA’s warning of a looming apartment “crisis” that could lead to a recession, Mr Triguboff said “any god damn fool can say this can happen. We have to take action so it doesn’t happen,” he said. “I don’t think that will happen, but on the other hand we have to take action, because any deterioration should be fixed if possible.”

CLSA’s forecast was based on a scenario where ongoing tightening would lead to a number of defaults among small developers and a sharp contraction in apartment construction. “As you can imagine the banks are getting tougher with the developers,” Mr Triguboff said.

“Now I am telling the developers to be very careful when they borrow, because banks or lenders love to put in a clause stating ‘repayment on demand’. It means that a lender can ask you to repay at any time, for no reason, not because you’re bad or good, but because he needs the money.”

“That is very, very difficult for developers to do, because no one wants a half-finished building, so they have to be very careful from who they borrow and how they borrow.” The problem of settlement risk “is there, no questions about it, so we have to think now about how we are going to solve the problem”, he said.

Mr Triguboff said the first and most important thing was “councils have to stop wasting the money of developers” with red tape, particularly in NSW. “Queensland is OK, but the problem is here in Sydney,” he said. “They don’t care what things cost, how long it takes. I waste $200,000 on every unit because of them. That nonsense has to stop.

“I’ve been telling it for the last five or six years and getting very little success. Now I hope they can wake up to themselves. Obviously if we can do it cheaper it will be easier to sell.”

The second problem, he said, was how to wean Australia off its reliance on Chinese cash. “How do you do it without the Chinese? I was in Israel, in Israel there are more cranes than here, and no Chinese,” he said.

“They tell me that the parents there help the children. The Israeli government is asking investors to buy apartments to lease to young people, and they even help them with tax. They don’t even tax them for the first unit they own, and the profit they make out of it is not taxed. We have to help the investors otherwise we won’t get out of this mess.

“The idea is we should depend less on the Chinese. The problem with Chinese is we don’t know their problems at home — we don’t want to know. But if they are the big purchasers we have to know. We’re a part of it.”

He warned that state governments would face a crisis of their own if the market came off. “They want to do a lot of infrastructure, which is good, but the money has to come from somewhere,” he said.

“They depend a lot on stamp duty. I say there will be less sold now. They have to understand that, they have to think. This has been the source of prosperity. Building is where they make a lot of money, the workers make a lot of money, so we have to encourage them to work.” But he said Sydney still had a scarcity of supply. “With all the cranes that are in Sydney, my rents are still going up,” he said.

According to a report this week by property research firm CoreLogic, Sydney unit rents have increased by 1.8 per cent from a year ago, but fell 0.7 per cent from the last quarter. Apartment rents are flat or falling in other capital cities.

Mr Triguboff said the third problem was Australia’s superannuation system. “Our young people are forced to look after their old age, so they put a lot of money into super funds,” he said.


“But when they put a lot of money into super funds, they have no money to buy a home. I say they should be allowed to put super in later and buy a home. That’s the third thing that needs to be done. I’ve been talking about them for a long time. If they don’t start doing them — well, then we’ll see.” 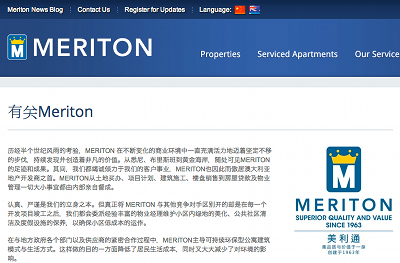