Australia Six Weeks Away From Housing-Bubble-Bust 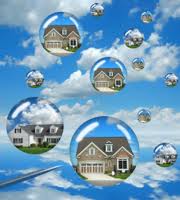 Australia six weeks from a housing collapse, US report warns. AUSTRALIA has roughly “six weeks” to prevent a housing market collapse caused by the banks’ crackdown on foreign investor lending, a US defence think tank has warned.

In an article titled “Australia Risks Strategic Setback From a Significant Foreign Direct Investment Drop Due to Changes in Bank Policies”, the Washington-based International Strategic Studies Association warns that Australia “may be entering a significant phase of its economic-strategic development”.

It argues “changes in local banking policies” could see foreign direct investment in the property sector “decline markedly”. “This will profoundly impact the Australian government’s ability to fund major programs in the defence and civil sectors,” it said. The article is contained in the ISSA’s latest Global Information System newsletter, described as a “strategic intelligence service for use only by governments”.


“The Royal Australian Navy’s submarine acquisition program, budgeted at $50 billion, may be the first major defence casualty,” the article said. “However, the government itself seems unaware that the anticipatory caution on the part of Australian banks may accelerate a decline in the Australian economy.”

ISSA president, West Australian-born Gregory Copley AM, told news.com.au the “banks’ caution is precipitating the market collapse. We estimate that Australia has about six weeks or so to turn this situation around, otherwise there would be a massive hit on property valuations and the building trades,” he said.

“The urgency is, I believe, based on the fact that this is about how long it will take for the banks’ policies to start switching off a lot of existing and planned contracts for Australian properties.

“The banks clearly believe Australian real estate values will decline, so they are attempting to avoid that risk. They’ve learned from the US collapse that seizing real estate collateral is a no-win scenario when the volume is great and the market slow. “In so doing, they precipitate the market collapse but are less exposed to it.”

It comes after Australia’s richest man, billionaire property developer Harry Triguboff, warned that a “very significant” number of Chinese buyers were now failing to settle their off-the-plan units and urgent action was needed. 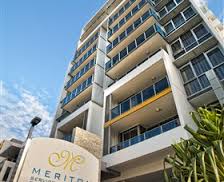 But Mr Triguboff, founder of Australia’s biggest apartment builder Meriton, warned the real risk was looming in the new wave of developments. As apartment price growth stalls or goes backwards, the risk of buyers walking away from their deposits grows.

Earlier, broker CLSA predicted a looming apartment “crisis” that would be kicked off by a wave of defaults forcing smaller developers into receivership, pushing down prices and potentially causing wider contagion that could lead to a recession. The ISSA described moves by Australian banks from July this year to restrict or even withdraw funding to foreign property investors as “almost cartel-like policies”.

“The policies, now in place by all major Australian banks, were instituted in anticipation of an economic downturn internationally and domestically, but which, in fact, actually trigger or exacerbate such a downturn,” the article said.

The piece quotes a “leading Australian property source” warning that by cutting off the foreign buyer sector completely, “it is much more likely to be a self-fulfilling prophesy by depressing demand, creating oversupply and putting downward pressure on prices, thereby creating paper losses at the settlement date which would tempt buyers to walk away”.

“It will likely also have a broader impact of depressing housing prices across the whole economy. It is a kneejerk response to fraud concerns,” the source was quoted as saying. “To my understanding the fraudulent activity has been linked mainly to one significant group, which has historically managed about 3000 sales into Australia each year.

“And notwithstanding the doctoring of supporting documentation, the actual settlement rates had remained high. That one property group needs to be taken to task, not the whole industry.”

NAB chief economist Alan Oster described the ISSA’s prediction of an imminent collapse as “garbage”, adding that the CLSA report was “very poor analysis”. “One of the big problems of apartments is most of them, we don’t know who’s funding them,” he said. “If the big banks don’t know who’s funding them, then the bottom line is, basically the main risk is somewhere else.

“What the banks were trying to do with the tightening of apartment lending, particularly to foreigners, was make sure that if people were having trouble offshore they didn’t end up in the Australian banking system.”

According to NAB’s surveys of property developers, foreign buyers make up around 20 per cent of off-the-plan purchases, but that figure is “significantly higher” in Sydney and Melbourne CBDs.

Mr Oster said the issue of settlement risk was “probably further down the track” in 2017-18. “The idea that the banks, who might own 20 to 30 per cent max of these apartments, will somehow crash the market is silly,” he said.

“To get any sort of problem you’ve really got to have something going wrong in China and then everybody selling their apartments at the same time. If they do that then it’s not an Australian problem, that’s a global problem.”

ANZ economist Daniel Gradwell said while there was “definitely” a risk of rising defaults, “from our discussions with developers in the industry we are feeling a little bit like ‘where there’s a will there’s a way’”.

“There is still an incredible amount of demand coming from these Chinese buyers,” he said. “If they’re not getting finance from the major banks, it seems there are other options out there including non-bank financing. “It’s worth remembering there is still a lot of money out there searching for a home or somewhere to invest.”

Commonwealth Bank said concerns about a peaking in the residential construction cycle “look overdone” and it wasn’t expecting any “significant contraction” until late 2017 and early 2018.

“A renewed lift in lending to build dwellings and good growth in lending to buy vacant blocks of land point to an extended top in new construction,” a Commonwealth Bank spokesman said. Rising lending for alterations and additions means renovations could make a significant contribution to economic growth.

“New construction activity is running ahead of demographically driven demand. The stockpile of unmet demand that built up during the earlier period of underbuild is eroding rapidly. CBA estimates of the apartment construction pipeline point to a significant lift in supply that will ultimately weigh on new construction. That point still seems some way off.” 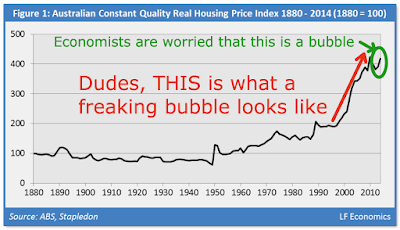 Related posts at following links:
Chinese Are Failing To Settle Their Off-the-plan Apartment Purchases
Posted by Hla Oo at 8:17 PM