(Staff article direct from The CLARION PROJECT on 26 September 2016.)

Prominent Jordanian Writer Assassinated by Islamist Extremist. Nahed Hattar was assassinated outside a courtroom where he was to stand trial for insulting Islam for a cartoon he posted mocking jihadis.

Prominent Jordanian writer, journalist and left-wing political activist Nahed Hattar was assassinated outside a courtroom where he was to stand trial for insulting Islam. Hattar was arrested August 13 for publishing a cartoon on Facebook that was a sarcastic comment on jihadi fighters.

The cartoon showed a bearded man in heaven smoking, lying in bed with women and calling on God (who is seen peeking through the curtains of his tent) to bring him wine and cashews. At the time, Hattar wrote under the cartoon, “It mocks terrorists and their concept of God and heaven. It does not infringe God’s divinity in anyway.” He deleted the post shortly afterwards but was nevertheless arrested.


Upon his release on September 8, Hattar, who was fighting the charges, wrote, “I am mocking the terrorists and their conception of hell and heaven,” Mr Hattar wrote shortly before his death. “I’m not insulting the supreme Allah, at all, on the contrary, I’m against the type of God that the terrorists worship.”

Hattar was assassinated by a Salafist imam named as Riad Abdullah, who was known for his extremist ideology. Abdullah, who had worked for the Jordanian government, both in the ministry of religious endowments and culture and education, shot Hattar five times in the head and chest and once in the hand. Abdullah, an electrical engineer by trade, had been fired from his governmental posts for his extremism. He had left the country and returned the day he murdered Hattar.

Hattar, a Christian and a communist, was an avid supporter of Hezbollah and Syrian President Assad, as well as a champion of the Palestinian cause in Israel. He wrote in the pro-Hezbollah Lebanese paper Al-Akbar. He had been arrested a number of times before in Jordan.

The assassination rocked Jordan just days after a successful election in which Islamists were allowed to participate. The Islamist party, the National Action Front, condemned the assassination.


Analyst say that Abdullah chose to assassinate Hattar in front of the court to send a message to the Jordanian government that there is no place in Jordan that the Salafists do not control. The assassination marks the first murder of a journalist in Jordan and the first poltical assassination in many years. 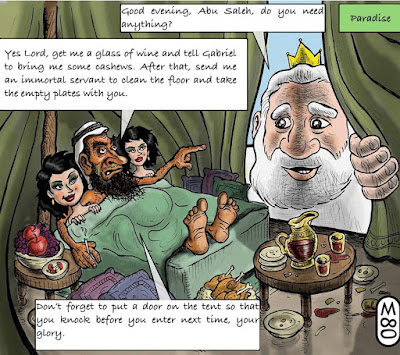 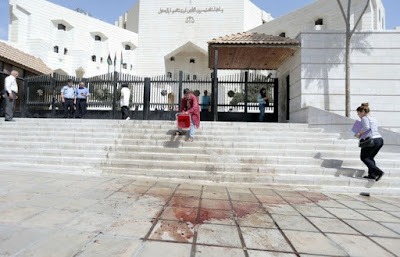