By The Numbers: Islamic Jihadis & Fundamentalists

In order to defeat the multiple radical ideologies growing within Islam, we must first confront these elements and engage in an open and frank conversation about the state of Islam worldwide, narrator Raheel Raza explains in “By The Numbers – The Untold Story of Muslim Opinions & Demographics,” a documentary produced by the Clarion Project.

By The Numbers argues that segments of the Left, along with Islamic groups – such as the Council on American Islamic Relations (CAIR) – are attempting to quash any open conversation about Islam, creating an environment where combatting the spread of these dangerous ideologies becomes increasingly difficult.

Ryan Mauro, a National Security Analyst for the Clarion Project told Breitbart News regarding the group’s new documentary on radical Islam: “It’s time for an honest conversation about the threats of radical Islam, without fear of reprisals from politically correct enforcers. That conversation begins now at Clarionproject.org/numbers.


“The Clarion Project is where America comes to have an open, honest conversation about one of the most important issues of our time: the growing threat of radical Islam, and how it affects us all,” he added.

There are three spheres of Islamic radicalization, the documentary explains, providing a visualization of the categories described by author and philosopher Sam Harris.

The first circle, “Violent Jihadists,” are members of terrorist organizations such as the Islamic State, Al Qaeda, Hezbollah, and Hamas. They are the smallest, but most lethal and radical part of the sphere.

“Islamists” are the second part of the sphere. They seek the same end-game as the violent jihadists, but would rather use the political system to do so. The documentary cuts to Sam Harris, who explains what kind of people are part of the Islamist group.

“They are just as convinced of martyrdom and paradise and wanting to foist their religion on the rest of humanity, but they want to work within the system. They’re not going to blow themselves up on a bus. They want to change governments,” Harris says. “They use democracy against itself.”

The Muslim Brotherhood’s short-lived reign in Egypt is a perfect example of the tactics utilized by Islamists to rise to power, the Clarion Project film explains. The Brotherhood, which calls for the imposition of Sharia law, became the ruling power in Egypt after they won an election in the midst of revolutionary chaos throughout the country. They were later deposed as a ruling authority after millions of Egyptians took to the streets demanding the resignation of President Mohamed Morsi.

Al Qaeda and Hamas were created by the Brotherhood, the video explains, showing the interconnectedness between the violent jihadis and the Islamists. 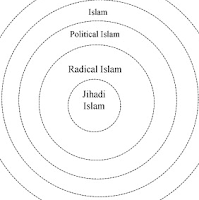 “Fundamentalists” represent the largest circle within the spheres of radicalization. These are the Muslims who hold views that radically contrast western values. The documentary shows that a vast majority of fundamentalists support the killing of people who leave the Muslim faith. Additionally, according to polling, it shows that most find honor killings of unfaithful spouses as “justifiable.”

By The Numbers finds that hundreds-of-millions of Muslims fall within one of these three categories, citing Pew polling to make this conclusion.

Raza, a Canadian Muslim journalist and activist, recalls a time before the jihadis dominated the headlines and discourse in her native Pakistan. She has dedicated much of her time to two organizations: Muslims Facing Tomorrow and the Muslim Reform Movement, with the hopes to provide a new message to “generation jihad.”

“I’m an observant Muslim and I speak from having actually lived my childhood in a very different Islam,” she told Breitbart News. This new generation of Muslims, which she calls “generation jihad,” has been propagandized by a message “on the backs of billions of petrodollars from Saudi Arabia, Qatar, and Iran,” she explains.

President Obama should not have spoken at the Islamic Society of Baltimore, she said, explaining that the mosque does not represent reformist values and segregates men and women.

“One of the issues we’ve been fighting for” within Islam is “gender equality,” Raza said. “We need to give equal rights to women in places of worship … It’s appalling that in the West we still have to fight for these basic rights for women.”

“The track record of that mosque is appalling,” she said of the Baltimore mosque, which employed an Imam for eighteen years who condoned suicide bombings, Breitbart News has reported. “It sets a bad precedent when the leader of the free world” goes to a mosque with a reputation for gender segregation which promotes a dangerous ideology, she explained. 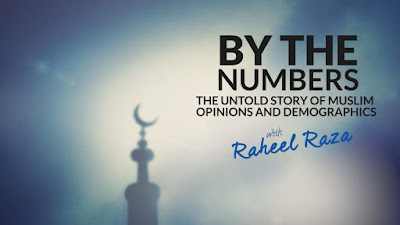 (Please watch the excellent video "By The Numbers" at this you tube link.)
Posted by Hla Oo at 1:37 AM