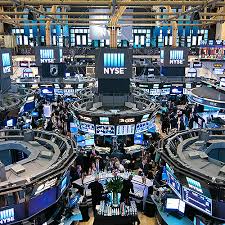 70% of Wall Street thinks Trump will be reelected in 2020: While Biden was viewed as the most stock market-friendly possible Democratic candidate, more than 70% expect Trump to be reelected.

Elections can affect financial markets; the Dow rallied 8 percent from the 2016 election to year-end as investors grew confident in tax reform and big spending. RBC also said that if Biden does not declare, or the polling data suggests that he won’t win the nomination, it could weigh on the market. A new poll of Wall Street insiders shows that a vast majority expect President Donald Trump to win reelection in 2020.

While Joe Biden was viewed as the most stock market-friendly possible Democratic candidate for the White House, more than 70% of survey respondents told global investment bank RBC Capital Markets that they expect Trump to be reelected.


“Most expect Trump to win in 2020, but there’s still some nervousness around the event,” Lori Calvasina, RBC’s head of U.S. equity strategy, wrote to clients. Sixty-seven percent “of our March 2019 survey respondents believe that Joe Biden is seen as the most acceptable Democratic candidate by the stock market for the White House. No other candidate got a significant number of votes.”

The survey was conducted after special counsel Robert Mueller gave the results of his investigation to the Justice Department; 141 equity-focused institutional investors were polled.

Presidential elections can have important implications for financial markets based on what traders believe the elected candidate will prioritize while in office. The Dow Jones Industrial Average rallied more than 450 points in the two days following Trump’s election in 2016 and jumped nearly 8 percent into year-end as investors grew confident in future corporate tax reform and big spending.

That’s not to say that the election of a Democratic candidate in 2020 would necessarily put a damper on the equity market. Calvasina added that 40% of investors have already made changes to their portfolio in anticipation of the election or indicated that they plan to do so.

Further, the stock strategist said that if Biden does not declare, or the polling data suggests that he won’t win the Democratic nomination, it could weigh on the market because of the anti-business policies of the other contenders.

“Early polls for 2020 Democratic Presidential Nomination are favoring Joe Biden,” the strategist added. “Bernie Sanders comes in second place, by a 7 point spread relative to Biden, however, Sanders is seen by our Survey respondents as the second least acceptable Democratic candidate by the stock market.” Sen. Elizabeth Warren, D-Mass., is seen by a majority as the least acceptable Democratic candidate for the stock market.

What Wall Street expects isn’t always a good predictor of what will happen, however. During the 2016 election, a CNBC Fed Survey found that 80 percent of respondents saw Democrat Hillary Clinton winning the presidency, well ahead of the 13 percent who thought Trump would win.

At that time, Wall Street economists thought that Ohio Republican John Kasich’s policies were best for the economy and for the stock market, though he ultimately lost the party’s nomination to Trump. 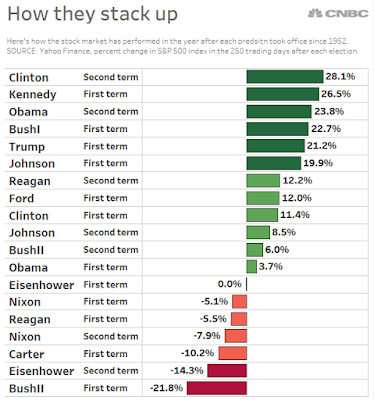 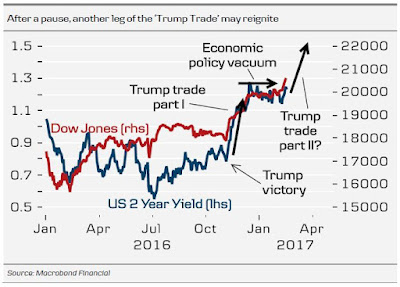