(News articles from Times of Ummah, BikyaMasr and Pakistan DefenceForum.) 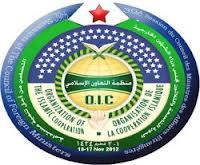 DJIBOUTI – The Organisation of Islamic Cooperation (OIC) called Saturday for the international community to protect Muslims in Myanmar’s unrest-hit Rakhine state from genocide as US President Barack Obama readied for a landmark trip to the country.

“We expect the United States to convey a strong message to the government of Burma so they protect that minority, what is going on there is a genocide,” said Djibouti’s Foreign Minister Mahmoud Ali Youssouf, who is the acting chairman of the OIC.
“We are telling things how they are, we believe that the United States and other countries should act quickly to save that minority which is submitted to an oppressive policy and a genocide,” he said at the end of an OIC foreign ministers’ meeting in Djibouti.

Two major outbreaks of violence in Rakhine since June between Muslim and Buddhist communities have left 180 dead and more than 110,000, most of them the Muslim Rohingya, crammed into makeshift camps.
Security forces are also accused of abuse against the minority.
OIC Secretary General Ekmeleddin Ihsanoglu of Turkey also urged a stop to what he called “ethnic cleansing” of the Rohingya, considered among the most persecuted groups in the world by the United Nations.
“We would like the international community to act immediately to stop the ethnic cleansing,” he said.
The 57-member OIC decided at an August summit in Makkah to take the issue before the UN General Assembly.
Obama on Monday will become the first sitting US president to visit Myanmar – formerly known as Burma – in a short but hugely symbolic trip that he hopes will spur greater reform in the once isolated country and highlight a rare success for his policy of engaging pariah regimes.
Ahead of the visit, Myanmar President Thein Sein said Saturday that the communal unrest was hampering the country’s reforms and causing it “to lose face” on the world stage.
In October, Thein Sein blocked the OIC from opening an office in the country, following rallies against the organisation’s efforts to help Rakhine’s Muslims.
The some 800,000 Rohingya in Myanmar, who speak a language similar to that spoken in southeastern Bangladesh, are considered illegal immigrants by the government and many ethnic Burmese.
Myanmar’s reformist government is under pressure to give them a legal status as it comes under international scrutiny with warnings that the conflict threatens its democratic transition.
OIC Delegation led by Secretary-General Visiting Burma
KUALA LUMPUR: The Organization of Islamic Cooperation (OIC) is expected to finalize and arrange a visit to Myanmar for discussions on ways to resolve the crisis faced by minority Rohingya Muslims.
According to the OIC, the visit will be led by Secretary-General Ekmeleddin Ihsanoglu, and a number of foreign ministers from its member states. “The ministers will assess the humanitarian needs of those affected by the violence in the Rakhine state, and also coordinate with the Myanmar authorities to develop a plan for it,” it said in a statement.
The visit is part of the resolutions adopted at the recent OIC Council of Foreign Ministers (CFM) meeting in Djibouti. The 39th CFM urged member states to intensify efforts in the restoration of the Rohingya Muslims’ nationality and citizenship rights, and the return of refugees, as soon as possible.
It comes as the situation for Myanmar’s Rohingya continues to face an uncertain future as violence continues in Rakhine state. Malaysia, which has a large Rohingya refugee population, has been pushing for greater aid to the Muslim minority in Myanmar in recent months.
1Malaysia Putera Club’s main Humanitarian Mission team, led by President Abdul Azeez Abdul Rahim, was in Myanmar last month. The 35-member team, said they were assisted by Prime Minister Najib Razak to gain permission to enter the country based on Malaysia’s close ties with Myanmar.
An estimated 500 tons of food, medicine and other items had been sent by ship followed by 14 volunteers on surveillance mission on September 29. Meanwhile, the humanitarian mission included singer Irwan Shah Abdullah, better known as DJ Dave, as the representative of the 1Malaysia Artistes Foundation.
Since mid-June, Bangladesh authorities have admitted to forcing back at least 1,300 Rohingya trying to flee to Bangladesh, though the actual number is likely substantially higher, Human Rights Watch said. Rohingya are escaping killings, looting, and other sectarian violence in Arakan State, as well as abuses by the Burmese authorities, including ethnically motivated attacks and mass arrests.
A United Nations senior official expressed serious concern about reports of human rights violations committed by security forces in Myanmar’s Rakhine state, after clashes between its Buddhist and Muslim communities reportedly killed at least 78 people and displaced thousands in July.
“We have been receiving a stream of reports from independent sources alleging discriminatory and arbitrary responses by security forces, and even their instigation of and involvement in clashes,” the UN High Commissioner for Human Rights, Navi Pillay, said in a news release.
“Reports indicate that the initial swift response of the authorities to the communal violence may have turned into a crackdown targeting Muslims, in particular members of the Rohingya [Muslim] community,” she added.
According to the Office of the High Commissioner for Human Rights (OHCHR), the violence between ethnic Rakhine Buddhists and Rohingya Muslims in the state, located in the country’s west, was triggered when an ethnic Rakhine woman was raped and murdered on May 28. This was followed by the killing of 10 Muslims by an unidentified mob on June 3.
Pillay called for a prompt, independent investigation, noting that the crisis reflects the long-standing and systemic discrimination against the Rohingya Muslim community, who are not recognized by the Government and remain stateless.
“The government has a responsibility to prevent and punish violent acts, irrespective of which ethnic or religious group is responsible, without discrimination and in accordance with the rule of law,” Pillay said.
She also called on national leaders to speak out against discrimination, the exclusion of minorities and racist attitudes, and in support of equal rights for all in Myanmar. She also stressed that the UN was making an effort to assist and protect all communities in Rakhine state.
“Prejudice and violence against members of ethnic and religious minorities run the risk of dividing the country in its commendable national reconciliation efforts, undermine national solidarity, and upset prospects of peace-building,” Pillay said.
Meanwhile, the Office of the UN High Commissioner for Refugees (UNHCR) said it is delivering aid to the more than 30,000 people that were affected by the violence.
“As we speak, additional tents are being airlifted from the Republic of Korea to meet urgent shelter needs on the ground,” a UNHCR spokesperson, Andrej Mahecic, told reporters in Geneva.

(Both OIC's Ihsanoglu and UNHCR's Pillay have never said a word about the genocide, massacres, and religious persecution of ethnic Buddhists in the Chittagong Hill Tracts of Bangladesh by the Muslim settler and Muslim security forces.)
OIC Planning to Invade and Occupy North Arakan?
LAHORE - The OIC foreign ministers are monitoring the situation and the head of the OIC himself is visiting Burma. If the Burmese regime does not stop its persecution of Rohingyas (it ethnically cleansed some villages last month) then the likelihood of military intervention will grow.
This would be the first ever use of military force in the history of the OIC, but from what we understand the possibility of using military force was discussed a few months back.
The other scenario is that Rohingya military operations against the fascist junta will continue and escalate, and ultimately northern Arakan (mainly Muslim) may secede. If as some suspect there is an American hand in this to block China from accessing the bay of Bengal via Sittwe (the capital of Arakan) we may even see Rohingya guerillas take territory as far as Sittwe itself.
Burmese hardliners angered with the capture of 3 Burmese soldiers apparently by Rohingya guerillas have even called for military action against Bangladesh, if that were to happen then the Burmese military would be history.
Turkey, Saudi Arabia and Indonesia will get involved and the US may even use Bangladesh/Rohingyas to capture most of Arakan from the pro-Chinese Burmese junta. This is smart power play by the Americans and huge pressure on the Burmese junta and ultimately on China itself.
(Probably now is the real time for Burmese Army to get hold of Nuclear Weapons to defend their beautiful country from the invading hordes of Muslims! I just hope Burma will not become the epicentre of Third World War like the Second World War which killed more than one million Burmese, almost quarter a million Japanese soldiers, and about 50,000 Allied troops. )