The ongoing protests against the largest mining project in Burma has been turned into anti-China and anti-Military protests by leftwing student union activists and local peasant activists with the support of foreign-NGOs-backed watermelon-environmentalists.

The mining project is the Letpandoung Copper Mine near Monywa in Sagaing Division of middle Burma. The project is owned and operated by Myanmar-Wan Bao Mining Company the joint venture between Chinese Government-owned Wan Bao Mining and Burma Military-owned Myanmar Economic Holdings widely known in Burma as Oo-Baing.

The project is basically a large-scale open-pit copper mine levelling the whole mountain known as Let-pan-doung Taung and the project itself is a continuation of long-running copper mining projects at nearby Za-bae Taung and Kyay-zin Taung mountains which are now just two big holes deep in the ground. 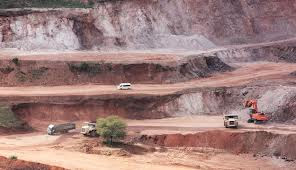 The copper mines collectively known as Monywa Copper Mines have been in the area since 1980 and previously owned and operated together by Burmese government’s No-1 Mining Corporation and Canada’s Ivanhoe Mining Corporation.

But Ivanhoe sold its interest in the project to China’s NORINCO (China North Industrial Corporation) in 2007 as it was forced to abandon Burma by the relentless pressure from the pro-democracy groups in Canada. And now Wan Bao Mining a subsidy of Chinese Government-owned NORINCO is the owner of the controlling assets previously owned by Ivanhoe.

The project agreement for the Let-pan-doung Copper Mine was officially signed in Bejing in Mid-2010 and the project was started at the site on January 1, 2011. The project took over about 8,000 acres of farmland and 26 villages in mid 2010 and the disputes between the local farmers and government has been simmering since.

As the public protests have been rapidly turning into ugly anti-China and anti-Military protests the Burmese Government is threatening the protesters with a serious crackdown by security forces. Meanwhile four leading activists were arrested for a short time by the police in Rangoon for their roles in the ugly protests.