(True story of how older Asian-Australians are mistreated by Australian Government.)

Now fifty-nine year old Tony Lee migrated from Taiwan to Sydney, Australia in late 1970s and had worked hard all his adult life in Sydney as a waged-worker first few years and then a salaried worker for about ten years and later as a businessman running his own import-export business for last twenty years till tragedy struck and his marriage finally fell apart and his mildly-successful business eventually failed in 2010.

After completely spending his life-long savings last four years as our proud Tony didn’t really want to be on a meagre dole of about two-hundred dollars a week he finally swallowed his pride and applied for dole (now known as Newstart allowance for jobseekers) in late June and this was what happened unexpectedly over last two months.

After he lodged his dole claim online as he was instructed a tough-talking woman official phoned him for a short interview next day and immediately accused him of hiding money and falsely claiming dole. Her logic was simple. Tony was paying four hundred dollars a week rent and that was enough reason that he still had plenty of money to go on. She didn’t know the fact that Tony was paying rent with his nearly-maxing credit cards.

Old Tony was shocked. Except his very first two months in Sydney in late 1970 Tony has never been on any kind of government assistance let alone a dole. He was expecting a smooth approval process of getting dole for he has contributed well to Australian society by working all his adult life and paying substantial amount of tax last forty odd years.


But the severe tongue-lashing from a bureaucrat was just the beginning for his next two months of hell just trying to get a measly dole of about four hundred dollars a fortnight just to cover the rent for his newly-found tiny AirBnB-Houseshare room with shared amenities.

Form After Form To Lodge Personally At Centerlink Office

Next few weeks whenever Tony called the Centerlink Phoneline (the process itself was time-wasting and frustrating as the phone will always be answered after nearly two hours of call-waiting with boring or soothing music) the polite operators promised to mail him a different form each time and asked him to personally lodge the form at his local Centerlink Office.

First form was called Form MOD-S detailing his divorce (separation) from his younger wife who is still holding a good-paying job but refusing to support Tony. Second form a week later was Form MOD-I detailing all his assets and incomes which were nearly zero except for his 10-year old Holden Commodore. More forms followed next few weeks. 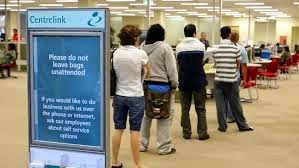 After five forms and seven weeks past Tony still hasn’t got his measly dole and finally he went into his local Centerlink office and waited in line for more than four hours for his turn and finally saw a woman official and asked her what the hell was going on with his dole claim.

Her answer was shockingly simple. His dole claim was already rejected outright by the first interviewing official the tongue-lashing woman on the phone and the rest was just deliberately prolonging his agony so that they do not have to tell him the sad fact that his dole claim was cruelly rejected.

The brutal bureaucracy even has a tough plan to send him straight to a private job agency called Salvation Army Plus or something and if he didn’t attend appointed interviews he would be punished again with non-payment or suspension of dole which wasn’t even paid yet.

Tony was devastated. Why? He has been a good law-abiding and tax-paying citizen of Australia last forty odd years and now when he desperately needs welfare assistance what he gets back from his beloved second home was a heartless bureaucrat rejecting his dole claim of about four hundred dollars a fortnight which he now badly needs to not become a homeless old Asian man on cold-harsh streets of extremely-expensive Sydney.

Why, he asked himself? Why Australia he loves so much is suddenly so cruel to an old Asian immigrant like him in dire straits?

What our old Chinaman Tony didn’t know is the brutal impact of Tony Abbott’s new conservative government’s cruel policy of deliberately purging older Australian men from the long dole line and the overly-eager and brutally racist actions of a specially-selected group of bureaucrats from the Australian Government Department of so-called Human Services which deliberately targeted older Asian Australian men like our poor Tony Lee. 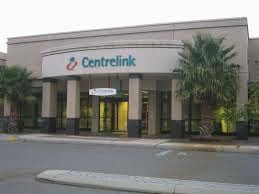 Now I personally know five older Asian Australian men like Tony Lee who have been denied dole last few months and I tried to find out what was the reason behind such brutal and unjust actions by Australian government.

A disgruntled official from my local Centerlink Office finally told me openly that the whole process of approving the dole for older Australians (in 55-64 age bracket) is now exclusively managed by a select group of officials direct from Canberra with a deliberate purpose of purging them from the dole line or getting on the dole line. I dug up more and found this relevant news article in March 29th Australian.

UNEMPLOYED people over 55 would be forced to look for full-time work in order to receive the dole under a proposal being considered by the government. The changes, shelved in 2008 when first put to the Rudd government by its own taskforce, would apply much harsher rules to older jobseekers who are able to meet their dole obligations by doing part-time work or volunteering for 30 hours a fortnight.

Currently, people over 55 need to undertake 30 hours of voluntary work a fortnight to remain eligible for social security payments. Minister for Social Services Kevin Andrews has confirmed the proposal is being considered as part of the current welfare review. It is believed the government wants to keep the exemption for over 60s, but as the pension age rises it believes making an exception for the over-55s cannot be justified.

A spokeswoman for Mr Andrews said: “The welfare review is looking at a number of options for a simpler and more sustainable welfare system with a view to maximising the social and economic participation of working age people and improving their long term wellbeing.” 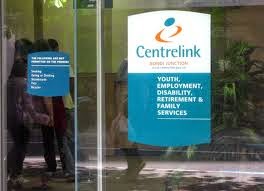 “Any move to increase the activity requirements on unemployed older workers must be accompanied by a suite of initiatives that improve their job prospects,” he said. “In setting dole activity tests, previous governments of both persuasions have recognised that if you lose your job in your 50s, you’re unlikely to ever get back into the workforce.

“If this government intends to take a tougher line, it must be part of a comprehensive package to deal with the scourge of mature-age employment rather than meaningless action that does not improve employment outcomes.”

Christopher Chapman, 64, of Sydney, lives on Newstart Allowance after being made a redundant as a lawyer five years ago. He found the labour market cruel and discriminatory and says older people deserve the right to do volunteer work to meet their obligations because the workplace is not open to hiring older people.

He volunteers in a range of roles, including providing pro bono legal assistance on the board of Manly Women’s Shelter. “Being over 50, it is very hard to get work, even though I’m a lawyer and have so much experience,” Mr Chapman said. “I can’t believe that after 40 years in the workplace, people don’t think I have anything to offer.”

At the end of this year, when he turns 65, he will be eligible for the higher aged pension. He also does pro bono legal work for charities.

Only Yellow Out Of Black & White & Yellow Races Are Denied Dole

While older White-Aussies like Mr. Chapman is living easily on the dole for last five years the older Asian-Australians like Tony are having difficulties even getting a dole. Suddenly Abbott Government has been deliberately denying dole to older Aisan-Australians. I have a theory for that. A rather shamefully racist one.

In the eyes of Australian bureaucrats Blacks are always on their priority list as they as the first Australians supposedly own this land and also extremely vocal in protecting their rights while the whites also get good treatment from the bureaucrats as they as the majority rule the land.

But the Yellow race or Asians as the recent immigrants are not really aware of their rights and evidently they are the ones end up with their arses at the sharp end of governmental punji-sticks called the budget cuts. So when the purge of dole line comes they are the first ones to be dealt with only because of their skin color. Same old WHITE AUSTRALIA story again and again.

Related posts at following links:
Tony Abbott Is Newly-elected Prime Minister of Australia
What Is Wrong With Tony Abbott? Nothing Really!
White Australia, Burma Census, and Bengali-Muslims
Posted by Hla Oo at 11:34 PM