(Staff article direct from The International Federation of Journalists on 15 Sept 2017.)

The International Federation of Journalists (IFJ) is deeply concerned over the detainment in Bangladesh of two Myanmar photojournalists on charges “impersonation” and providing “false information” and calls on the Bangladeshi authorities for their immediate release and dropping of all charges.

The IFJ joins Myanmar Journalists’ Association (MJA) in also calling for the full engagement of Myanmar’s Ministry of Information and Ministry of Foreign Affairs in negotiating their earliest release.

Award-winning photojournalist Min Zayar Oo and his assistant, Hkun Lat, who work for German magazine GEO, were accused of entering Bangladesh on tourist visas instead of journalist visas, and reporting “fake news” and arrested on September 7.

They have been denied bail and are in detention. The photojournalists face up to seven years in jail if found guilty of violating Bangladesh’s immigration laws. GEO had said its editorial board was deeply concerned about the two journalists' continued detention.


The MJA, in a statement said: “The MJA, which has been advocating for protection of journalists’ rights to freedom of expression, expresses grave concern about the incident. MJA strongly urges the Myanmar government to cooperate with Bangladesh for the earliest possible release of the photojournalists.”

The human crisis in Myanmar’s Rakhine state is a major story for the region as vast numbers of self-identifying Rohingya people cross the border from Myanmar into Bangladesh fleeing the insecurity in the region. However, the IFJ is concerned that the full extent of this humanitarian crisis cannot be fully told so long as media reporting on the situation continues to be impeded and controlled in both Myanmar and Bangladesh.

The IFJ said: “This latest development in Bangladesh must be condemned and the journalists immediately released. Already both national and international media are being blocked in Rakhine state in the name of security where it is reported that an unknown number of Rakhine, Hindu and minority ethnic people have also been displaced. These controls are blocking the public’s right to know, giving way to an increasing level of misinformation and fake news on the situation, which is only serving to inflame the crisis. Access must be given to independent media to key areas.”

The IFJ also calls on Myanmar’s government and military to respect the role of the media and allow immediate access to journalists to report on the crisis to allow credible and verified sources of news to prevent misinformation inflaming the situation. 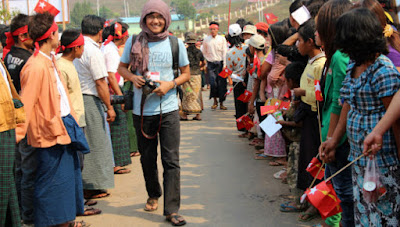 Reporters Without Borders (RSF) calls on the Bangladeshi authorities to act judiciously in the case of two Burmese journalists held on spying charges in the southeastern city of Cox’s Bazar. They were arrested a week ago while on assignment for the German magazine GEO to cover the Rohingya refugee crisis.

Photo-journalist Minzayar Oo and his assistant Hkun Lat are facing the possibility for being jailed for five years for trying to cover the crisis resulting from the exodus of around 400,000 Muslim Rohingyas from neighbouring Myanmar since late August.

They were arrested on 7 September although the police did not report their detention until Friday. After their arrest, they were taken to the capital, Dhaka, for secret interrogation and were then returned to Cox’s Bazar.

The police said the charges against them include spreading “false information” and “false impersonation” because they entered Bangladesh on tourist visas rather than as journalists – charges described as relatively minor by their lawyer, Jyotirmoy Barua.

But they are also charged with spying because, according to the Cox’s Bazar police chief, they were “collecting information on the Rohingya for Myanmar.” This carries a possible five-year jail sentence.

“We are very disturbed by the spying charge, which is not based on any evidence and is probably due to factors that have nothing to do with these two journalists,” said Daniel Bastard, the head of RSF’s Asia-Pacific desk. “Their professionalism is unanimously recognized and they were just trying to do their job by documenting the region’s acute crisis.”

A request for their release on bail was rejected yesterday. Meanwhile, they have not been able to see their lawyer. RSF calls on the Bangladeshi authorities to respect the rule of law in their handling of the case.

Islamic Republic of Bangladesh is ranked 146th out of 180 countries in RSF’s 2017 World Press Freedom Index. 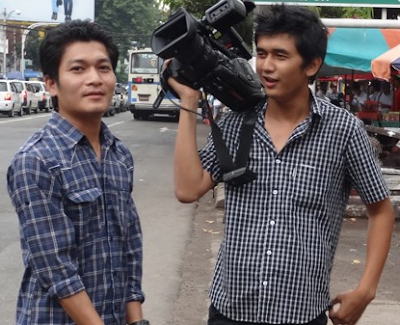 Why Were Burmese Journalists Arrested In Bangladesh?

The obvious answer to that question also explains the reason almost all of the nearly half-a-million so-called Rohingya refugees fled into Bangladesh are women, children, sicks, and olds. So where are the able Rohingya men? Of course the Bengali-Muslim men of fighting age are still inside Burma.

And they are still waging the unfinished war supported by the money from the Arab world and OIC coming through Bangladesh (since 1942). The gullible International media and INGOs and UN are taking in (without asking any sensible questions) whatever bull-craps Bangladeshis have been feeding them last few decades and suddenly two Burmese Buddhists journalist showed up and started asking strange questions and taking strange photos and soon the shit had to hit the fan.

No fucking way the Bangladeshi Muslims would let the Buddhist reporters from Burma reporting frankly on the so-called Rohingya crisis which is basically fabricated and manufactured and masterfully staged as a human right campaign to expand the Islamic empire into the mainland S.E. Asia.

Lucky for Burmese and the S.E. Asian Buddhists Barack Obama the black Muslim is no longer the US president to protect his Bengali brethren in Bangladesh. Otherwise US would be calling for Flight-Free-Zone established over Northern Arakan and sending international peacekeeping force from OIC. Thanks God for the Donald.


Ironically the Rohingya refugee situation is totally reverse from the Muslim refugees pouring en-masse into Europe nowadays. So-called Muslim refugees in Europe are almost 100% military-aged men resembling an invading army while the so-called Rohingya refugees are the homecoming crowd of women, children, sicks, and olds. And the world do not notice it at all as the lying international media and biased UN are ignoring that disturbing fact. 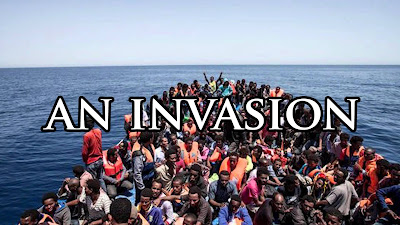 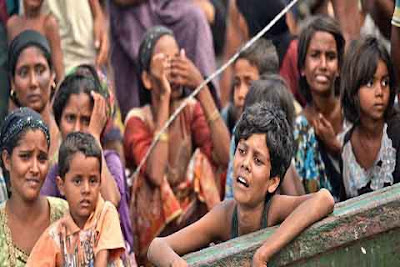 
Minzayar Oo is a 27-year-old Burmese photographer based in Yangon, Myanmar, represented by Panos Pictures. Since 2012, he has been freelancing for international news agencies, newspapers, magazines and INGOs in and around Myanmar.

He has covered many important stories and issues in Myanmar, including documentation of the long-term political, social and economical transition of the country, the persecution of the Rohingya in western Myanmar and also exposing issues surrounding Myanmar’s rarely-accessed, billion-dollar jade mining industry in conflict-torn Kachin State, and other subjects.

Burmese born in 1988 Min Zeya Oo is a photojournalist and documentary photographer based in his native town city of Yangon. He studied medicine at Yangon University of Medicine until 2011 when he decided to drop the medical career and pursue his personal interest in visually documenting the transition of his country. 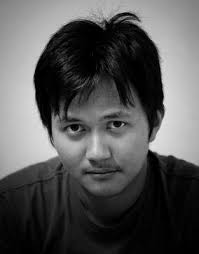 His first international breakthrough came in 2012 when his image of Aung San Suu Kyi appeared on the front page of the International Herald Tribune on the day after the country's historic by-elections that saw her elected to parliament.

Since then he's been freelancing for international news agencies, newspapers, magazines and NGOs in and around Myanmar. He has covered numerous important stories and issues in Myanmar, including the long-term political, social and economical transition of the country and the persecution of the Rohingya in western Myanmar.

He has also explored the issues surrounding Myanmar's rarely-accessed, billion-dollar jade mining industry in conflict-torn Kachin State. His work has been published in TIME, The New York Times, The Guardian, National Geographic, GEO, 6MOIS, La Repubblica and many other publications.

Minzayar has won multiple awards at the Yangon Photo Festival, the China International Press Photo, the Foreign Correspondent's Club of Thailand's Asia-Pacific Photojournalism Contest (2015), Days Japan International Photojournalism Awards (2016) and the Istanbul Photo Awards. In 2016 he was nominated for the Joop Swart Masterclass, organised by World Press Photo in the Netherlands.

Related posts at following links:
Bangladesh Calling For Referendum In Arakan To Secede From Buddhist Burma
Military Build-up Intensify On Burma-Bangladesh Border
Posted by Hla Oo at 2:12 AM