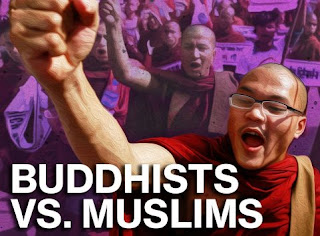 As it happens, I live almost around the corner, in Thailand. I’ve been to Burma a couple of times. That doesn’t make me an expert, of course. Real experts are [white] female professors at left-wing universities who teach Female Gender Mutilation or African Arts. Who have never been to the country at all. What happens in Myanmar is about to happen — or happening already — in the West, too.

A little bit of the background for you. British India included Pakistan in the west, India in the middle, Bengal in the east and Burma a bit further to the east. Burma was never formally part of British India, but a separate colony. Bengal and Burma share a long border. In 1948, when India became independent, Bengal became part of Pakistan and was renamed East Pakistan. Burma also became independent.


Later on in the ’70s East Pakistan fought itself free from West Pakistan, which used it as a colony to be exploited. It gained full independence as Bangladesh. Formerly East Pakistan, now Bangladesh, is dirt poor, intolerant as only mohammedans can be, and is treated annually by Allah with a couple of massive floods with usually shocking loss of life and property.

The damage is always restored by very generous and very dhimmi western countries. We Dutch also live in a major river delta; we know it takes quite a bit of work not to get flooded every year. Bangladeshi seem to have other things on their minds. Procreating (fucking and breeding), mainly.

Burma shares a border with Bangladesh. The Burmese state Rakhine (also known as Arrakan) borders Bangladesh, has a large percentage of mohammedans, and is much dryer. From 1948 onwards lots of Rohingya, originating in Bangladesh on the other side of the border, crossed over and settled in Rakhine.

They rather liked it there, and decided they wanted it. With full indirect support of East Pakistan they tried to take over the state. That almost became a real war, which they lost. The East Pakistani/Bangladeshis were permitted to stay, but they never got Burmese citizenship. Something they bitterly resent.

Burma itself deteriorated into one of the worst military dictatorships of the world in 1962. The official name of the country was changed from the Union of Burma into the Union of Myanmar in 1989. It changed lots of other names; for example, Rangoon is now Yangoon and actually no longer the capital.

The SLORC (name of the military dictatorship) build an entire new capital city, Naypyidaw in the middle of nowhere, literally. Hardly a soul lives there. I’ve been there. Tourists are allowed to visit it, but it is eerily quiet. Almost like a superbly maintained ghost town. Before the military takeover in 1962 Burma was widely seen as the up-and-coming country in southeast Asia. Thailand not so much; that was much more a backwater. After the 1962 takeover the roles completely reversed. Burma is now the official backwater of the continent.

There are a lot of people who know squat about Buddhism and perceive it to be peaceful. Buddhists can be as violent and intolerant as any other religion. Burma itself was a highly militarized state (it still is) and very aggressive. For many centuries Burma was at war with the kingdoms of Sukhothai, Ayutthaya and Siam, which later became the kingdom of Thailand. 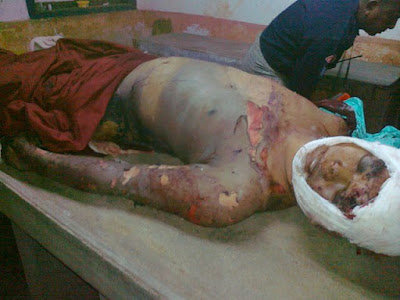 The Burmese were able to conquer the capital of Ayutthaya, burned it to the ground, destroyed all the statues of the Buddha, took the population back home as slaves and exterminated the royal family.

To be fair, the Thais, Lao or Khmer behaved exactly the same when given the chance. It was custom to hide valuables in Buddha statues. Not surprisingly, some less religiously inclined soldiers were somewhat inquisitive. Even today lost treasures are sometimes found in Buddha statues. The relations between Thailand and Burma are better than they used to be, but border incidents do happen fairly frequently.

Is Myanmar a militaristic society? Judge for yourself. I counted 21 large military barracks on the way from the airport to Rangoon (50 km). I probably missed a few; I only noticed the large ones. During a tourist presentation, nearly all Burmese presented themselves as military men, in uniform. ‘Col. Y will inform you about …’, ‘Cap. X can answer any questions you may have’.

I have rarely seen a paddy wagon full of troops in Holland or Thailand. During my trips through Burma I saw several, loaded to full capacity. Standing room only. “That’s anecdotal evidence!” progressive university professors will scream. But it somehow does give me the impression of a very militaristic society.

The independence movements, for example the Karen Liberation army and the united Wa State Army, make money by producing hard drugs like opium, heroin and amphetamines. They sell it in and through Thailand. The infamous Golden Triangle is no longer working in Thailand, but very much so in Burma.

Back to the poor pitiable Rohingya. From 1948 onwards they crossed the border and parked their goats in Burma. Relations between the original (Buddhist) Rakhinese and (mohammedan) Rohingya were never good. Perhaps the Rohingya cultural habit of raping Rakhinese girls or robbing and/or murdering non-muslims has something to do with it.

Things became really nasty when Rohingyas started to murder and behead Buddhist monks around 2012. The Burmese army had to intervene to prevent all Rohingya from being sent directly to allah. Burmese aren’t exactly as meek as Westerners (like Germans nowadays) are, so when Rohingyas raped a Rakhinese girl or murdered someone, they were paid in kind with some interest added.

The Burmese government is first and foremost Burmese (or Myanmarese, if you prefer). Right after that they are Buddhist, then military and very little else. Human rights are rare, foreigners are slightly suspicious and cuddling pitiable minorities doesn’t rate high on the agenda.

Even Aung San Suu Kyi doesn’t mince words about the poor suppressed sadly misunderstood Rohingya. That doesn’t sit very well in left-wing circles. They put lots of pressure on the Nobel prize committee in Norway to withdraw her Nobel Prize. That’s not possible, but it shows the hatred for people who don’t think the right (in this case: left) way.

What you may not know is that there are two very different types of Nobel prizes. The real ones are awarded in Stockholm. They are given for truly important discoveries in science. In Oslo two fake Nobel prizes are awarded: for peace and for literature. It’s not really possible to quantify objectively who should get one.

Finland, not exactly a world leader in literature, was awarded a prize for literature in 1940 because … poor Finland was invaded by the Soviet Union. Iceland (population < 340,000) got one in 1955 because dear little Iceland otherwise will never get a Nobel Prize. Yasser Arafat, Nelson Mandela and even a certain Mr. Hussein Obama got peace prizes. But Mahatma Gandhi never got one. Need I say more?

Effectively, the colonization of Rakhine state has failed. However, mohammedans have a very different view. Once they colonize a territory, it’s theirs. Forever. No matter what. So they mobilize their Western allies to pump up the pity machine. Rohingya are suppressed, misunderstood, persecuted and need our full support. Plenty of propaganda journalists who can write sad stories and take heartbreaking photos of little mistreated babies.

Yes, Burma (or Myanmar) is a country where human rights are practically non-existent. It’s also a Buddhist country were 86% of the population is Buddhist. 6% is Christian, 4% is mohammedan, and 2% animist. There are no religious problems with other religious groups. Plenty of problems, but none are religion-related.

The only state in Burma with a substantial percentage of mohammedans is Rakhine state, where 52% are Buddhist and 47% mohammedan. That automatically leads to mohammedan violence, as they are nearly in the majority. Do I need to say what will happen once they are the majority?

What you will see are poor mistreated Rohingya, but you will not see or hear anything the Rohingya do themselves. They rape, rob and murder where they can. Since 2012 Buddhist monks have been their preferred targets, if possible by beheading. You won’t hear a peep about that. It would spoil the picture.

What you also will not read in the media is that all those Rohingya are effectively Bangladeshi citizens, and should — since they are no longer wanted or accepted in Burma — go back to that country. But Bangladesh doesn’t want them back. They bring in money, and at the same time work on taking over Rakhine state, something Bangladesh very much wants to add to its territory.
Same story for nearly all other mohammedan countries. Turkey isn’t keen to see its citizens come back, and Morocco even less, for example. In both cases, they make huge amounts of money from their expatriates and politically infiltrate very quietly into those countries. It doesn’t say so in the koran, but we should respect that culture. Once their scum lives in our countries, that is forever.


As always, they want to move to countries where life is a lot better. For example, to Thailand. There are lots of refugee camps in Thailand, where people from Laos, Cambodia and Burma are sheltered. The only group of people Thailand no longer accepts are … you probably guessed it … Rohingya. Their brethren in the faith in Malaysia aren’t willing to receive them either.

Why? Every left-wing activist will tell you that’s because of the brutal oppressive regimes there. The darker side of the Rohingya is something you will not read about in the mainstream media.


(This article by H. Numan was originally written in Dutch for EJ Bron, and has been translated by the author for Gates of Vienna.)