George Soros Transfers $18B To His Foundation

(Douglas Ernst’s article from The WASHINGTON TIMES on 17 October 2017.) 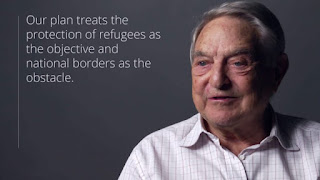 The Open Society Foundations will live on long after its founder, thanks to a move by Soros Fund Management LLC, which likely makes it the second-largest philanthropic group behind the Bill and Melinda Gates Foundation.

The Wall Street Journal confirmed the transfer with foundation officials on Tuesday. “It’s an ongoing process of migration from a hedge fund toward a pool of capital deployed to support a foundation over the long term,” committee member Bill Ford told the newspaper.

Mr. Soros and his dozens of endeavors across the globe have been lightning rods for criticism due to his support of left-wing causes, which includes the Black Lives Matter movement in the U.S. and relaxed immigration policies. The billionaire has also been a critic of President Trump.


“I personally am convinced that he is going to fail,” Mr. Soros said in January while at the World Economic Forum in Davos, Switzerland. “Not because of people like me who would like him to fail. But because his ideas that guide him are inherently self-contradictory, and the contradictions are actually already embodied by his advisers … and his Cabinet.” 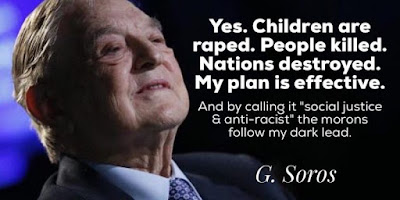 Left-wing billionaire George Soros has transferred $18 billion to his Open Society Foundations, the primary vehicle for his global political activism and philanthropy. The transfer, according to the Wall Street Journal, accounts for most of Soros’s foundation, which he accrued through a controversial career as an investor.

The Journal notes: “Open Society has vaulted to the top ranks of philanthropic organizations, appearing to become the second largest in the U.S. by assets after the Bill and Melinda Gates Foundation, based on 2014 figures from the National Philanthropic Trust.”

Soros, who is 87, transferred the funds as part of a plan to make sure his activism continues after he retires or passes away. $18 billion is roughly three times the amount of money spent by all parties, in all races, during the 2016 election cycle, according to OpenSecrets. Though not all of the Open Society Foundations’ activities will be focused on the United States, Soros’ grant easily makes his organization the biggest player on the American political scene.

Globally, Soros is involved in efforts to make Ireland pro-abortion, to demonize the Israeli government, and to promote migration from the over-crowded Muslim world into Europe across open borders.

Soros has funded the Black Lives Matter movement and is considering bankrolling the so-called “resistance” to President Donald Trump. He also backs Media Matters, a so-called “watchdog” group that spends most of its energy trying to eliminate conservatives from the media. Soros recently named former ambassador and Democratic National Committee official Patrick Gaspard as president of the Open Society Foundations as of the end of 2017.

George Soros will use his organisation, now the second largest political activist charity in the world, to “influence” Hungary’s 2018 general election, a Hungarian member of parliament has claimed.

The politician, whose Christian Democratic People’s Party (KDNP) is in coalition with the conservative Fidesz, also said that the OSF-backed refugee human rights group Hungarian Helsinki Committee’s legal challenge to the government’s national consultation on the Soros Plan could be “the first step in the campaign”.

Hollik pointed out that Soros’s foundation, which recently received a cash injection after the Hungarian-American speculator transferred $18 billion into the NGO, has been a “generous and intensive” source of money for those “Soros organisations and politicians” who “regularly intervene in Hungarian public life and who try to put pressure on the Hungarian cabinet”, alleges Hollik.

He also accused figures within the European Union of “reporting” on Hungary to the Soros group, saying: “There are politicians in Brussels in their [OSF’s] pockets, through whom [the Soros organisation] is making threats.”

Hungary is under pressure from the EU over the country’s refusal to accept redistributed refugees, its higher education law, and legislation demanding transparency from foreign-funded organisations – the latter two directly affecting Soros interests.

He added that these organisations have been active since the beginning of the migrant crisis and after Orbán prevented further mass flows through his country and into the rest of Europe by building border fences, training more border guards, and detaining migrants whilst their asylum claims are processed.

“Seeing what the Soros-funded organisations do, it is not an exaggeration to say that Soros organisations and the Soros plan itself are dangerous,” the Christian Democrat added.

Soros has a history of interfering in the democratic process of sovereign nations including spending $6 billion to destroy populism in Europe, as well as being accused of interfering in internal politics in Macedonia and Albania.


In the United States, Soros attempted to influence local district-attorney elections in 2016 (and again in 2017) by pumping over $3 million into seven campaigns, spent $2 million in an attempt to remove Sheriff Joe Arpaio from office, and donated $11.9 million to Hillary Clinton’s 2016 presidential campaign.