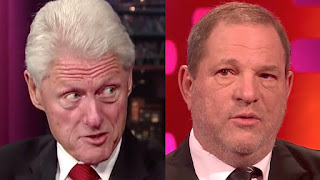 If you have not seen this director’s movies, you have almost certainly heard of them. What you probably do not know, though, is that a few decades ago this director served time for child molestation. After his release, he then spent a few years in the purgatory of office life before resuming a film career.

Since committing this unspeakable crime, there is no evidence he has re-offended, has behaved inappropriately, has done anything other than take advantage of a second chance. And although I have been aware of this story for more than 20 years, never once here at Breitbart News have I published this person’s name.

And I will not now. Because this is not about politics or “smearing Hollywood.”

If I was only interested in scoring points, some nine years ago, when Big Hollywood was young, I would have used the pages of Breitbart News to make this director famous. Oh, how easy it would have been to further the cause by self-righteously prancing around with the head of a HOMOSEXUAL CHILD MOLESTER! on my spear.


But you see, here in America, if you do the time, you get a second chance. And I believe in second chances. Therefore, the thought of advancing an agenda by abusing whatever power I might have against an individual who, by all accounts, has rehabilitated himself, is just not something I would do.
This is about justice, not vengeance. The difference between Roman Polanski and this unnamed director is all the difference…

Polanski is a fugitive who fled from justice without paying his debt to society for the horrific 1977 rape of a 13 year-old girl (who claims she was also sodomized). Moreover, just a couple years later, a 46 year-old Polanski reportedly began an affair with 15 year-old Nastassja Kinski, and since then, no fewer than three other women have publicly accused Polanski of sexually assaulting them as minors.

Polanski has never paid for his crime(s). And although he has admitted to child rape, around the world and in Hollywood, he has been worshipped, protected, and feted. In 2002, the very same Motion Picture Academy that just expelled Weinstein, awarded Polanski a Best Director Oscar … and a standing ovation.

The View’s Whoopi Goldberg, who also sits on the Board of Governors that just expelled Weinstein, defended Polanski with the claim that what he did to that little girl was not “rape-rape.”

Leftwing Hollywood’s “Free Polanski” campaign is one of the most grotesque spectacles I have ever witnessed. But it is also something else… a strikingly honest look into the wickedness of an institution willing to forgive unspeakable crimes against innocent children in exchange for a part in a movie.

If that is not the act of selling one’s soul, what is?

And now I am supposed to believe, despite all testimony to the contrary, that the same Hollywood that openly celebrates and defends a fugitive child rapist, did not knowingly enable Harvey Weinstein’s three decades of predations, did not circle the wagons around a man who for 20 years handed out Oscars like candy?

Even without the testimony of Courtney Love,  of Vanessa Marquez, of Colin Firth; even without the discovery that Weinstein’s contract allowed for sexual harassment, even without the confession of a major Hollywood publisher who said she knew and the New York Times knew for more than ten years,  even without Ashley Judd admitting she and others knew for 20 years, even without the gobsmacking news that NBC protected him, even without the countless others who have repeated again and again the words “open secret,” even without Rose McGowan’s ever-fearless testimony that proves she might be the only hero left in Hollywood… Not for a moment would I believe that Roman Polanski’s Hollywood did not enable a man they literally praised more often than God Himself.

Meryl Streep, the serial liar (and the notorious Trump-hater) who poses as Hollywood’s so-called conscience, praised Harvey Weinstein as God. Hollywood knew. The national media knew. The entertainment knew. And for decades they have protected, enabled, and openly celebrated evil. Which makes them evil.

‘Jeepers Creepers 3’ Director Victor Salva, A Convicted Pedophile, Wrote Molestation Into the Film: Victor Salva was arrested for sexual abuse and possession of child pornography in 1988.

“Jeepers Creepers 3” hit theaters for one night only on September 26, and certain plot points are rubbing critics the wrong way given the criminal history of writer-director Victor Salva. The 59-year-old was convicted in 1988 of the sexual molestation of Nathan Forrest, the 12-year-old actor and star of his film “Clownhouse.”

Salva videotaped the sexual act and was also convicted of possessing commercial videotapes and magazines containing child pornography. Salva only served 15 months of his three-year sentence, and he somehow went on to have a career in Hollywood in the years that followed. Disney hired him to direct their supernatural drama “Powder,” and Salva found his greatest success with “Jeepers Creepers,” the 2001 horror film that spawned a franchise.

“Jeepers Creepers” is currently on its third installment, and it has been drawing criticism not only because it marks another opportunity for the convicted pedophile to make a feature but also because it includes a character whose backstory involves being molested by her stepfather.

Deadline reported last year that a casting notice for the main role of Addison was looking for an “18-year-old actress [to play a character] who at the age of 13 had been sent to live with her grandmother after her stepfather ‘started making overtures’ to her.” Gabrielle Haugh landed the role.

“Jeepers Creepers 3” does not depict any kind of child molestation, but it does include one moment where two characters are discussing why Addison no longer lives with her stepfather. One of the two characters is romantically interested in Addison and seems to understand why her stepfather would make “overtures” on her. “Can you blame him though? I mean look at her,” the character says. “The heart wants what it wants, am I right?” 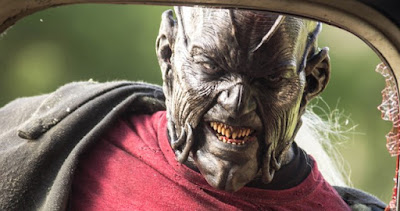 IGN’s Adam Dileo originally singled out the quote for scrutiny in his review. He has since updated the article noting that the line was removed for the theatrical cut but was included on the screening link sent to critics who reviewed the film.


Salva’s history rightfully caused numerous production delays on “Jeepers Creepers 3.” The Union of British Columbia Performers (UBCP) made an official warning against Silva and urged actors not to audition or accept a part in the movie after a casting call revealed Salva was looking for an 18-year-old to play a character whose stepfather made “overtures” at her when she was 13. Salva left this backstory in the film for the theatrical cut.

The director and creator of the “Jeepers Creepers” franchise, Victor Salva, used his position to rape a 12 year old boy in 1988 during the filming of the movie Clownhouse. He was convicted and served a measly 15 months in prison.


The director is already working on a fourth “Jeepers Creepers” movie. The third film will reportedly return to theaters for a second showing on October 4.
Posted by Hla Oo at 8:57 PM