NEW YORK – A United Nations committee on Friday endorsed a resolution turning up the heat on Myanmar over the persecution of its Rohingya Muslim minority.

The measure, pushed by the Organization of Islamic Cooperation (OIC-57 Muslim Nations) and Trudaeu’s Islamic Canada to the U.N. General Assembly’s Third Committee charged with human rights, won backing from 142 nations. In addition to Myanmar, China and Russia, seven other countries voted against it and 26 nations — including Japan — abstained.

Myanmar’s representative voiced objections to the resolution, defending the country’s handling of the Rohingya crisis including the setting up of an independent panel to investigate allegations of human rights violations against the Rohingya people.


The motion acknowledges “with grave concern” remarks made by U.N. Secretary-General Antonio Guterres and other officials who have labeled the persecution “ethnic cleansing” and “strongly condemns” all violations and abuses of human rights in Myanmar.

It also calls on the Myanmar authorities to ensure that those responsible for the rights violations and abuses are held accountable and removed from positions of power. According to the Office of the U.N. High Commissioner for Refugees, more than 720,000 Rohingya Muslims have fled from Rakhine state to neighboring Bangladesh since the latest round of violence erupted in August last year.

They fled to escape a harsh crackdown launched by Myanmar security forces in reprisal for attacks by an armed Rohingya faction against security posts. The resolution will now be put to a vote in a plenary session of the General Assembly where it is expected to be adopted in December. 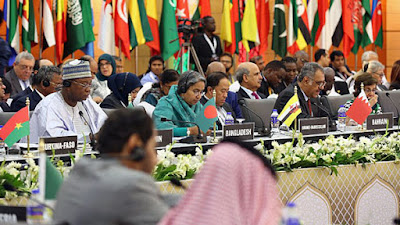 Myanmar Hits Back at OIC Over ‘Ethnic Cleansing’ Accusations

Myanmar on Thursday rebutted a declaration by the world’s top Islamic intergovernmental body condemning the Southeast Asian nation’s army for targeting Rohingya Muslims in “systematic” ethnic cleansing and calling on member states to collectively pressure Naypyidaw over the issue.

The Council of Ministers of the Organization of Islamic Cooperation (OIC) issued a Dhaka Declaration on Sunday at the conclusion of the 57-member organization’s two-day meeting in Bangladesh, that Myanmar’s treatment of Muslims in northern Rakhine state amounted to ethnic cleansing and is a “serious and blatant violation of international law.”

OIC members adopted a resolution on the situation of the Rohingya community in Myanmar, agreeing to form an ad hoc ministerial committee to handle allegations of human rights violations carried out by Myanmar security forces against the long-persecuted and stateless minority group.

The group also said it will continue to work with the United Nations and other relevant international organizations to address human rights violations of the Rohingya Muslims taking into account recent developments.

The military began a crackdown on Rohingya communities in northern Rakhine state in late August 2017 following deadly attacks by a militant Muslim group on police outposts. Thousands of Rohingya died during the brutal campaign, which included acts of rape, torture, and arson, and nearly 700,000 others fled to safety in neighboring Bangladesh, according to the U.N. and rights groups.

“The declaration lacks balance and fairness, and fails to denounce the brutal attacks of the terrorist group, the Arakan Rohingya Salvation Army (ARSA), which triggered the humanitarian situation unfolding today,” said Myanmar’s Ministry of Foreign Affairs in a statement issued on Thursday.

The government also rejected what it called the “irresponsible labeling of ‘ethnic cleansing’ or ‘state-backed violence’” to describe the crackdown in Rakhine, asserting that more than half of the Muslim community, which represents a majority in the Maungdaw region, did not flee and have remained in their villages.

It also restated a pledge that allegations of human rights abuses backed by evidence will be investigated and action taken against the perpetrators in accordance with the law.

(Blogger’s Notes: OIC is also pushing UN for a Turkey-led Islamic Peace Keeping Force to be deployed in Myanmar so that all so-called Rohingyas and 50 million poor Bangladeshis can be quietly relocated into Burma’s Arakan State.

Islamist-Leftist-controlled UN is also secretly considering a referendum on secession of future Muslim-majority Arakan State from Burma and renaming it the Rohingya Province of Islamic Republic of Bangladesh. Let's see China will ever let UN's Islamic army into Kyaukphyu where Chinese will soon be building a Indian Ocean Naval Base.) 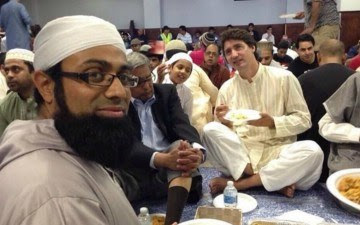