(Staff articles from The VOICE OF EUROP & MASTER CARD in November 2018.) 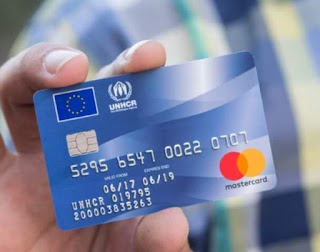 According to the site, UNHCR and the EU, in cooperation with MasterCard and Soros, generously hand out prepaid debit cards to the illegal migrants. The cards are equipped with both EU and UNHCR logos. No identity documents are required to obtain or use the cards – instead of the name of the cardholder, “UNHCR” and a number is printed on the card.

According to Nova24, the information comes from a source within the Croatian police, which states that the migrants are well-equipped with newly purchased, high-quality boots, hiking clothes, smartphones and even weapons. During the stopover in the Eastern European countries, they withdraw cash from ATMs to stock up on supplies.


MasterCard announced in 2016 that they issued prepaid debit cards to “give refugees mobility, flexibility and dignity”. In a press release last year, MasterCard also announced a cooperation with George Soros with the aim to “catalyse and accelerate economic and social development for vulnerable groups in the world, especially refugees and migrants”.

The press release further stated that George Soros had earmarked up to $500 million for private investment that will increase capacity to meet the challenges faced by migrants, including refugees, and their host communities across the world.

In celebration of World Refugee Day on June 20, MasterCard recognizes the 65 million refugees displaced from their homes and seeking refuge throughout the world. By leveraging our technologies and products such as MasterCard Aid Network and Prepaid, MasterCard collaborates with partners to provide essential services at the most critical times of refugees’ lives.

To date, MasterCard Aid and Prepaid cards have been deployed in humanitarian responses across Africa, Asia and Europe – in countries such as Turkey, Kenya, Yemen, Nepal, Ethiopia, Nigeria, Niger, the Philippines, and Greece – and are on-track to support thousands of beneficiaries.

Here is one story of how we are working with Mercy Corps to provide assistance to thousands of refugees in Europe to cover their basic needs and allow them to live with dignity during one of most difficult times in their lives.

2016 May, Mytilene, Lesvos, Greece. Following the issue of a cash distribution debit card, Reza, a Mercy Corps team member helps Ahmed, 38, withdraw cash from an ATM since the ATMs only operate in Greek and English here. Ahmed, his wife Wala’a, 30, and their three children fled their hometown of Der Azour around the new year. 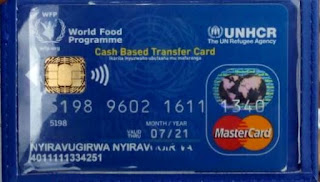 Ahmed recalls that when ISIS took over Der Azour, they began implementing strict rules. The family stuck it out, however, until air strikes destroyed their home. Wala’a was 8 months pregnant at the time.  It took the family five tries – starting 1/5/16 – to get across from Turkey to Greece.

While they waited for their chance to cross, Wala’a gave birth to their son, Abubakkar (in honour of notorious ISIS Caliph). They finally crossed successfully on 4/4. “Our lives have become soap operas,” says Ahmed wistfully. He says the baby is healthy, but has not yet seen a doctor for a check up or first immunizations.

Mercy Corps provides cash distributions to Ahmed and other refugee families living in the camps for the most vulnerable in Lesvos. For refugees facing an uncertain future, unclear whether they will be allowed to remain in Europe or be deported to Turkey, this cash is a critical resource that helps them meet their most urgent needs.

Ahmed’s mother is also traveling with the family. She has diabetes and heart disease and is unable to get medical treatment. Ahmed says they’ll use the money from the cash distribution mainly to buy medicine and some clothing the children need.

When an Iraqi man traveling with his wife and young children passed through a refugee camp in Presevo, Serbia in February, he and his family were running for their lives. Like many, they were fleeing their homeland in the wake of instability and violence.

From Presevo the family moved on to Germany where they were able to use a MasterCard prepaid debit card they received at the camp to purchase ferry-boat tickets to Holland in order to meet family members who lived there.

“It took them six days to complete the journey, during which time they rarely slept, focusing only on reaching their destination,” says Igor Zelcevic, Cash Assistant. “Once in Holland, the gentleman called me weeping with joy and gratitude for the help they had received.”

The global organization Mercy Corps launched the pilot program in partnership with MasterCard and the Serbian Ministry of Labor to distribute prepaid debit cards to eligible refugees traveling through Serbia. Families received cards with a value of about $235 (210 Euros), and individuals approximately $78 (70 Euros).

The money could be used to make purchases that help meet immediate needs. It was the first such program in the region to use an international cashless payment mechanism to help the tens of thousands of refugees and migrants seeking haven in Europe.

“The key aim of the MasterCard cashless assistance program is to provide the capacity for people to act independently,” says Thomas Byrnes, Regional European Response Cash Transfer Advisor, Mercy Corps. “It gives people the ability to spend money on what they need – anywhere throughout the world – with dignity and more control.”

The cards were distributed to Syrians, Iraqis and Afghans whose travels had taken them to Serbia, with an emphasis on reaching the most vulnerable populations: people with disabilities, the elderly, women traveling alone and those in financial need.

In one case, a woman traveling on her own asked where she could buy eyeglasses upon receiving her card. Another woman in one of the refugee camps in Serbia who was pregnant quickly used her MasterCard debit card to help feed herself and her unborn child.

“The borders are now closed and fewer people are traveling through the Presevo camp,” says Byrnes. “The beauty of the program is that it is mobile – we can move the program to where there is the most need without having to pack up warehouses full of supplies that people may or may not need.”

During the pilot, approximately $75,000 (66,900 Euros) was distributed to nearly 400 families and individuals. Within the first month, more than $59,000 (52,957 Euros) was spent on such items as transportation, food, medications and lodging. Many recipients also used their prepaid MasterCard to withdraw cash at automated teller machines.

“When we distribute cards to people, there is flexibility in how much money we put on each card,” says Byrnes. “But if that card is not used, or if the money is not spent, it’s not lost. It’s a line of credit. So, any money that doesn’t get used can be reallocated for other purposes at a later time. If we distribute food kits or blankets we can never be sure if they are going to be used.”

The card typically came pre-loaded with the estimated funds families would need to buy essential supplies and obtain shelter over the 72-hour period typically spent in Serbia. “At Mercy Corps, we believe cash assistance is the most rapid, efficient and dignified manner of providing humanitarian aid,” says Radovan Jovanovic, Mercy Corps’ team leader for its refugee response in the Balkans.

“Even a small amount of cash lets people choose how they prioritize their individual needs, in addition to offering a measure of protection. And an important side benefit is that these kinds of programs infuse cash into the economy and markets of the communities that are hosting refugees.”

Based on the success achieved with the pilot program in Serbia, Mercy Corps has launched a complementary cash program in Greece providing assistance to refugees to cover their basic needs and allow them to live with dignity and travel further west into richer European countries like Germany.

This program is run on the island of Lesvos, where 434 people living in two shelters for extremely vulnerable people have been provided with cash assistance for two months, and on the island of Leros where 500 people are currently receiving cards. Earlier this month, Mercy Corps also launched a debit card cash program on the mainland in Greece and over the next month, 1,976 people in five camps will receive cash support. 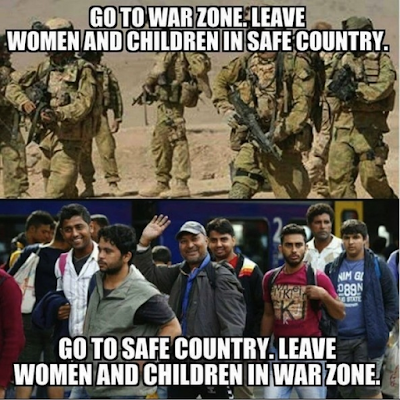