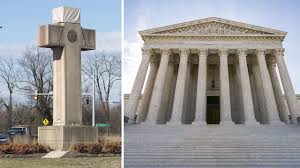 The Supreme Court ruled Thursday that a Peace Cross war memorial on public land outside Washington, D.C., can stand, determining in a 7-2 decision that it does not violate the Constitution. Residents of Prince George’s County, Maryland and the American Humanist Association (AHA) had sued to have the cross taken down, and the American Legion, whose symbol is also on the memorial, intervened to defend it.

While the residents (Muslims?) and AHA (a far-left group) claimed that a cross memorial on public land violated the Constitution, the Court determined that factors, including the history of the memorial, support the idea that it is not religious in nature.


“For nearly a century, the Bladensburg Cross has expressed the community’s grief at the loss of the young men who perished, its thanks for their sacrifice, and its dedication to the ideals for which they fought,” Justice Samuel Alito wrote in the court’s opinion. Alito noted that while this particular cross does not serve a religious purpose, removing it because it is a cross would be a religiously charged action.

“It has become a prominent community landmark, and its removal or radical alteration at this date would be seen by many not as a neutral act but as the manifestation of ‘a hostility toward religion that has no place in our Establishment Clause traditions,’” he wrote, quoting Justice Breyer’s concurrence in the 2005 decision in Van Orden v. Perry. The court's decision reverses the Fourth Circuit Court of Appeals, which ruled that the cross was unconstitutional.

The 7-2 majority on Thursday cited the structure's historical nature in its narrowly drawn decision, saying the Latin cross design reflected the nationwide trend at the time it was erected to honor war dead with community monuments. The cross was associated with World War I, and the Court noted that the U.S. used it in military honors, such as the Distinguished Service Cross in 1918 and Navy Cross in 1919. 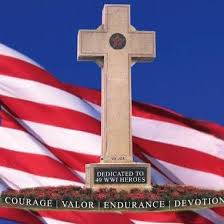 The Bladensburg Peace Cross, as it is known, sits in a traffic circle in the Washington suburbs to honor 49 local World War I soldiers who died in battle overseas. Its supporters, including the Trump administration, said it was created solely to honor those heroes and is secular in nature. Opponents called it an impermissible overlap of church and state, since it is controlled and cared for by a Maryland parks commission.

The Court noted that while the cross has its roots in Christianity, it currently appears contexts that are “indisputably secular,” such as trademarks for Blue Cross Blue Shield, Bayer Group, and certain products from Johnson & Johnson.

The Court also made a distinction between keeping established monuments with religious symbols, like the Peace Cross, and erecting new ones, stating, "Familiarity itself can become a reason for preservation," and, "The passage of time gives rise to a strong presumption of constitutionality."

Even AHA recognized that cross memorials may be permissible in some cases, like certain World War I Latin crosses in Arlington National Cemetery. While AHA claimed that those crosses are different because they are in a cemetery and are more associated with individual soldiers, the Court said that does not make a difference, as memorials serve the same purpose as gravestones for many grieving families.

Ultimately, the Court determined that despite the religious significance of crosses in general, this particular memorial does not violate the Establishment Clause of the First Amendment, even though public funds are used for its upkeep.

"There is no evidence of discriminatory intent in the selection of the design of the memorial or the decision of a Maryland commission to maintain it," the Court said. "The Religion Clauses of the Constitution aim to foster a society in which people of all beliefs can live together harmoniously, and the presence of the Bladensburg Cross on the land where it has stood for so many years is fully consistent with that aim."

Justice Ruth Bader Ginsburg took issue with the notion that a cross could be secularized just because it serves as a war memorial. "Just as a Star of David is not suitable to honor Christians who died serving their country, so a cross is not suitable to honor those of other faiths who died defending their nation," she wrote in a dissenting opinion, where she was joined by Justice Sonia Sotomayor. The dissent claimed that by having the Peace Cross on a public highway, the government "elevates Christianity over other faiths, and religion over nonreligion."

Ginsburg, who is Jewish and whose late husband was an Army veteran, disagreed that a 40-foot World War I memorial cross could be considered a secular symbol.

Supreme Court Justice Ruth Bader Ginsburg on Thursday wrote the lone dissenting opinion in a divisive case on whether a 40-foot cross honoring World War I veterans in a suburb of Washington, D.C., was unconstitutional.

In a narrow and unusually fragmented ruling, seven of the nine justices agreed that the monument, which sits on public land, does not violate the First Amendment’s establishment clause, which bars the government from unduly favoring one religion over another.

However, they disagreed over the clause’s implementations and applications, with several justices only signing on to parts of Justice Samuel Alito’s majority opinion or writing their own concurring opinions.

Ginsburg and Justice Sonia Sotomayor were the only two justices who dissented, with Ginsburg — who is Jewish and whose late husband Marty was an Army veteran — writing the dissenting opinion, arguing that the cross could not be considered a secular symbol on public land.

According to reporters at the court on Thursday, Ginsburg read her dissent from the bench, a move that usually demonstrates that the justice strongly disagreed with the ruling. “As I see it, when a cross is displayed on public property, the government may be presumed to endorse its religious content,” she wrote. “The venue is surely associated with the State; the symbol and its meaning are just as surely associated exclusively with Christianity.”

“The cross was never perceived as an appropriate headstone or memorial for Jewish soldiers and others who did not adhere to Christianity,” she added later, before giving a history lesson on the development of American cemeteries overseas during World War I.

Citing historical texts, Ginsburg noted that as a temporary measure, “Christian soldiers were buried beneath the cross; the graves of Jewish soldiers were marked by the Star of David,” she wrote.

When it came time to establish permanent headstones, there was considerable debate over whether to continue using religious symbols. Government officials had recommended “plain marble slabs” instead, Ginsburg wrote.

“Everyone involved in the dispute, however, saw the Latin cross as a Christian symbol, not as a universal or secular one,” she wrote. “Throughout the headstone debate, no one doubted that the Latin cross and the Star of David were sectarian grave markers, and therefore appropriate only for soldiers who adhered to those faiths.” 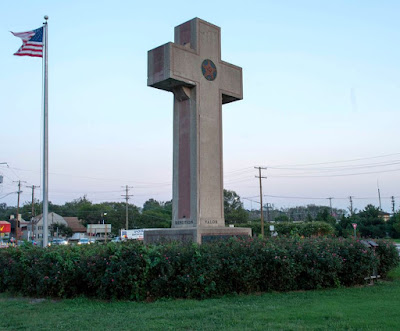 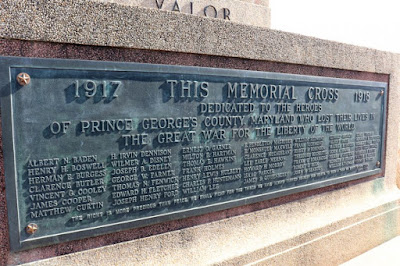 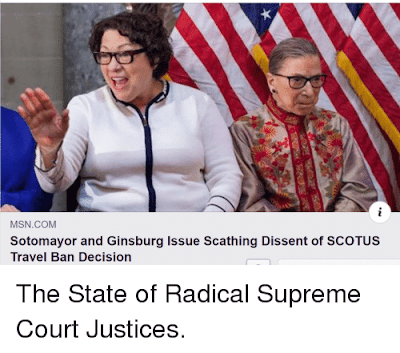