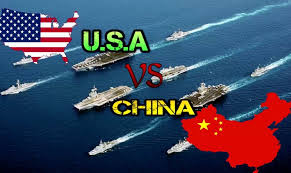 For the U.S. and China, it’s not a trade war anymore — it’s something worse: What started out two years ago as an effort by President Trump to wring better terms from China on the nuts and bolts of foreign trade now threatens to become a far wider and more ominous confrontation.

The conflict continues to be framed as a “trade war” between the world’s two biggest economies — as Washington and Beijing pursue an escalating series of tariff hikes and other retaliatory measures. Even as Trump moved Thursday to open a new, potentially damaging trade war with Mexico, however, the conflict with China has widened beyond the original trade-based issues.

Beneath the surface, a new tone has begun to emerge since trade talks broke down in early May and Trump ratcheted up tariffs on imported goods from China, an action met with retaliatory duties from Beijing. Officials on both sides of the Pacific have begun to portray the U.S.-China relationship in nationalistic and emotion-charged terms that suggest a much deeper conflict.


Recently, for example, a private group of American economists and trade experts with long-standing experience in China traveled to Beijing, expecting their usual technical give-and-take with Chinese government officials.

Instead, a member of the Chinese Politburo harangued them for almost an hour, describing the U.S.-China relationship as a “clash of civilizations” and boasting that China’s government-controlled system was far superior to the “Mediterranean culture” of the West, with its internal divisions and aggressive foreign policy.

On the U.S. side, a senior State Department official, during a forum last month in Washington, warned of a deepening confrontation with China that she cast in something close to racial terms. In the Cold War with the Soviet Union, said Kiron Skinner, the State Department’s director of policy planning, Washington at least faced fellow Caucasians, whereas with Beijing, Washington faces a nonwhite culture.

“In China we have an economic competitor, we have an ideological competitor, one that really does seek a kind of global reach, that many of us didn’t expect a couple of decades ago,” Skinner said. “And I think it’s also striking that this is the first time that we will have a great-power competitor that is not Caucasian.”

On the trade issues themselves, the two sides may still be able to reach a truce, with the best chance coming with the economic summit of major nations at the end of June in Osaka, Japan. Trump and Chinese President Xi Jinping are scheduled to attend the meeting of Group of 20 leaders.

Nothing short of a deal struck directly by the two leaders is likely to avert new rounds of punches and counter-punches over economic and financial ties, analysts say. But whether either leader is interested in a stand-down is unclear.
The conflict, however, now goes beyond just the escalation of tariffs. Attitudes have hardened in recent days after the Trump administration blacklisted the telecom firm Huawei, essentially blocking one of China’s most successful global companies from buying crucial components and software from U.S. firms. (Huawei later got a temporary reprieve on some of the Commerce Department restrictions.)


The White House is preparing similar actions against other Chinese high-tech firms, according to news reports. “All of that would sap most of the remaining interest the Chinese have in negotiating with the Trump administration on trade,” said Scott Kennedy, a China expert at the Center for Strategic and International Studies. China, he added, will probably “hunker down and try to get by until either the second term of the Trump administration or the incoming new administration.”

On Sunday, China’s State Council issued an 8,300-word white paper blaming the U.S. government for escalating the trade war but expressing a desire for continued talks. Addressing a rare news conference, Vice Minister of Commerce Wang Shouwen said that the goal of trade negotiations should be the cancellation of tariffs by both sides, but that talks must proceed on the basis of equality.

The U.S. should take “full responsibility” for instigating and accelerating the trade war, said Guo Weimin, vice minister of the State Council Information Office. “China doesn’t want to fight, is not afraid of fighting, but will fight if it has no choice,” Guo said.

The widening friction has not yet had a big impact on financial markets or the broader economy. But the domestic politics, for now, seem to favor conflict, not compromise.

At home Trump mostly gets cheers for going after an adversary many Americans believe is an unfair trading partner that has stolen valuable U.S. intellectual property in its rise to superpower status. The political risk for Trump from potential Democratic opponents in 2020 isn’t from hitting China too hard, but treading too softly or coming away with a weak deal. 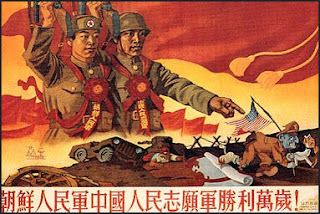 In China, the party’s propaganda organ has dusted off old patriotic films of the Korean War — when the Chinese army pushed back American forces advancing northward — and Xi’s recent countryside tour conveyed a message of girding up for a new “Long March” to resist a foreign bully.

At this point, many experts on U.S.-China relations say, the best one might hope for is a temporary truce, and even that will be hard to come by if Trump keeps piling on the pressure.

By the time the G-20 summit starts on June 28, the U.S. trade representative will have wrapped up public hearings on a proposed new tranche of tariffs, meaning it could at any time impose taxes on the remaining $300 billion of imports from China, including many ordinary consumer goods. Earlier rounds have imposed hefty 25% duties on about $250 billion of Chinese products.

China’s retaliatory tariffs, at first dollar for dollar, have been more limited in recent rounds, for the simple reason that its imports of American merchandise, about $120 billion last year, are less than one-fourth of what it sends to the United States. China has added tariffs on about $110 billion of U.S. products.

Beijing could hit back in other ways, however. Already 1 in 5 U.S. firms operating in China say they face increased inspections and slower customs clearances, according to a recent survey by the American Chambers of Commerce in Shanghai and Beijing.

China has reportedly suspended purchases of billions of dollars of U.S. soybeans, and officials have begun to signal they could restrict supplies of so-called rare-earth elements that are important for manufacturing electric cars and other high-tech products. China is the world’s dominant producer of rare earths. 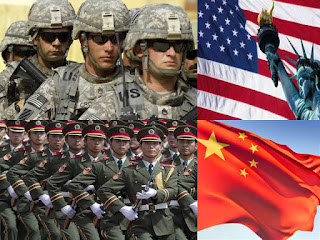 Beijing also could spur boycotts of popular American products such as Apple iPhones or curtail tourism to the United States, which would be particularly painful for states such as California. And American universities already are fretting about a potential drop-off in full-tuition-paying Chinese students.

Then there’s Boeing, the single biggest American exporter to China. Sales to China last year accounted for more than 20% of the company’s commercial aircraft revenue. Boeing has been embattled in recent weeks by the grounding of its 737 Max fleet after two fatal crashes. The company faces several governmental investigations related to the jet as it is working with federal authorities on software fixes in the hopes of resuming service soon.

Beijing could withhold its own certificate of airworthiness, which would keep the 737 Max from flying in and through China, with almost certain spillover effects to other countries. “It strikes me as a logical sort of retaliation … and obvious where China has at least potential for some leverage with what’s going on with Huawei,” said David Bachman, a specialist in U.S.-China relations at the University of Washington in Seattle.

If no progress takes place on trade at the G-20 summit and a new round of tariffs and counter-tariffs takes effect, the next escalation could come in mid-August. That’s when the Commerce Department’s 90-day reprieve for Huawei runs out and the Chinese start to find out how long and well Huawei can manage without key Android software updates from Google, as well as crucial chips and other hardware from American suppliers.

For those and other reasons, including rising risks to financial markets and potentially shifting political calculus, Damien Ma, a fellow at the Paulson Institute think tank in Chicago, still sees the possibility of a limited trade deal by fall. But even then, Ma said, there’ll be no agreement unless the two presidents get personally involved and talk with each other. “At the end of the day, they’ll need to reset the tone a little bit and try to manage a deescalation” of the trade war, he said. 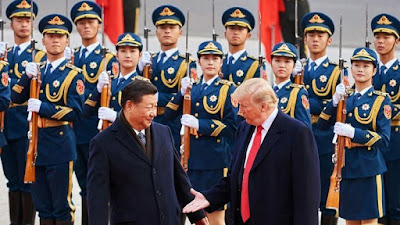