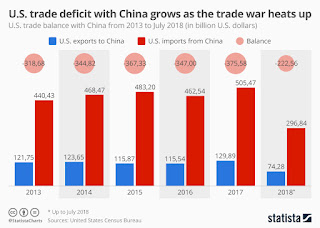 U.S. Hikes Tariffs on China to 25 Percent as Trade Deficit Narrows, Negotiations Continue: On Friday, the U.S. hiked tariffs on China from 10 percent to 25 percent, a sharp increase worth more than $200 billion amid ongoing trade negotiations. At 9:00 AM EST, the world’s largest and second largest economies will resume talks.

“Talks with China continue in a very congenial manner – there is absolutely no need to rush – as Tariffs are NOW being paid to the United States by China of 25% on 250 Billion Dollars worth of goods & products,” President Trump tweeted early Friday morning. “These massive payments go directly to the Treasury of the U.S.”

The Chinese vowed to retaliate. “China deeply regrets that it will have to take necessary countermeasures,” China’s Ministry of Commerce said in a statement. While Wall Street and D.C. have largely opposed President Donald Trump’s tariff strategy, it is clearly working to reduce the trade gap between the two nations.


On Thursday, the U.S. trade deficit rose only $0.7 billion to just $50.0 billion in March, less than expected and beating the consensus forecast. The historically narrow gap comes after two sharp consecutive declines in the trade deficit.

But the U.S. economy has proven far more resilient than the Chinese economy throughout trade negotiations. In 2018, the U.S. economy grew 3.0% (Q-Q), an annual rate of growth that was elusive under the previous administration.

“Tariffs will make our Country MUCH STRONGER, not weaker. Just sit back and watch!” President Trump added in a tweet. “In the meantime, China should not renegotiate deals with the U.S. at the last minute. This is not the Obama Administration, or the Administration of Sleepy Joe, who let China get away with “murder!”

“The last trade deficit report coming in below -$50B was a bigger deal than expected,” Tim Anderson at TJM Investments said. He noted the narrowing of the trade gap added more than 1% alone to Q1 2019 GDP.

Meanwhile, the Chinese economy, which was already expected to slow in 2019, was feeling the pain from 15% tariffs. In January, before the tariff increase was postponed, an analysis firm specializing in the Chinese economy said a hike would be “excruciating.” 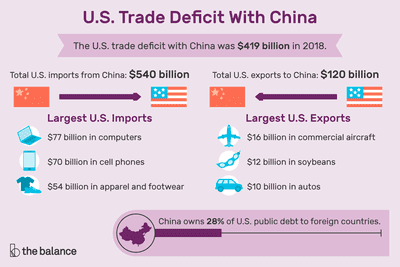 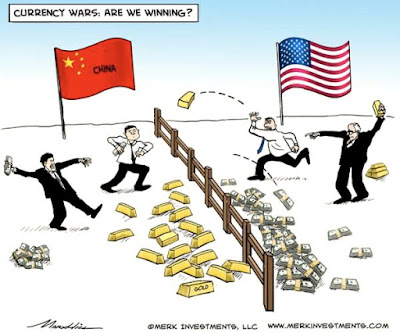