Macron Vs Salvini: Two Leaders Face Off Over EU 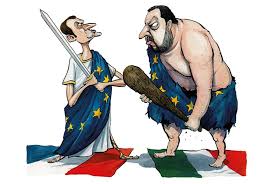 BRUSSELS (AP) — France’s pro-EU president and the leader of Italy’s euroskeptic, far-right movement jockeyed for the role of chief powerbroker on the continent Monday after elections to the European Parliament hollowed out the traditional political middle.

The four days of balloting that drew to a close Sunday across the European Union’s 28 countries ended the domination of the main center-right and center-left parties in Parliament and established the anti-EU forces on the right and the environmentalists on the left as forces to be reckoned with.

Voters delivered the highest turnout in 20 years, rejecting mainstream politics in France, Germany, Britain and Italy. The results could make the business of governing Europe even trickier, leaving the Parliament deadlocked over key issues to come, including immigration, a major trade agreement with the United States, global warming, regulation of the tech industry and, of course, Brexit.


The outcome of the election is already setting off a power struggle.

In France, President Emmanuel Macron’s party narrowly lost to the French far-right, led by Marine Le Pen. Macron, whose party was poised to secure 21 seats to 22 for Le Pen’s National Rally, spent Monday busily amassing allies ahead of a summit Tuesday in Brussels, hoping to build a durable pro-EU coalition.

In Italy, Matteo Salvini’s right-wing League party won a third of the country’s vote and is poised to become one of the biggest parties in the European Parliament with 28 seats in the 751-seat legislature. But his ambitions reached higher.

By midday, he had already spoken to Le Pen, Hungary’s hardline anti-immigrant prime minister, Viktor Orban, and Brexit Party leader Nigel Farage and was promising to singlehandedly bring together a contradiction in terms — an international group of nationalists.

“We want to be a group that has at least 100 members and has the ambition to be at least 150, if everyone can overcome jealousies, sympathies, antipathies. To create an alternative, you play. You don’t do it by turning up your nose,” he said.

The center-right European People’s Party and the center-left Socialists & Democrats have dominated the parliament with a combined majority since direct elections were first held in 1979. With results still coming in, the EPP was on track to secure 180 seats, down from 217 five years ago. The Socialists were slated to win 145, down from 187. 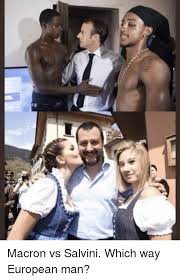 Riding what they called Europe’s “green wave,” environmentalist parties seeking action on climate change made strong gains, notably in Germany. Another mainstream formation, the free-market ALDE group backed by Macron, saw its stake in the Parliament rise to 109 seats, from 68 in 2014.

For the Parliament to choose a European Commission president and ultimately to pass legislation, new and uncomfortable alliances must be forged, and nearly all will require some combination of ALDE and the Greens.

Well aware of the far-right’s potential to turn against itself, Macron launched a flurry of meetings ahead of the dinner summit Tuesday where the EU countries’ presidents and prime ministers will take stock of the election results.

He started with Spain and was due to hold talks with the leaders of Belgium, the Czech Republic, Germany, Hungary, Poland and Slovakia. “The future majority of the European Parliament goes through us, without question. There isn’t one without us,” Pascal Canfin, one of the leading candidates from Macron’s party, told France Inter radio.

In Germany, where Chancellor Angela Merkel’s center-right movement also lost ground, leaders of the country’s governing parties met to weigh the fallout from their worst post-World War II showing in a nationwide election.

“We are facing a shrinking center,” a subdued EPP candidate Manfred Weber said. “From now on, those who want to have a strong European Union have to join forces.” Senior figures from the EPP hold the top posts in the EU’s three main institutions: Parliament president; head of the EU’s powerful executive commission; and European Council president, who chairs summits of European presidents and prime ministers.

Just over 50 percent of the EU’s more than 400 million voters cast ballots.

While real power in Europe remains in the hands of the 28 member states, the Parliament’s influence has grown. It has helped improve air flight safety in Europe, cut down on plastics use, end mobile telephone roaming charges inside the bloc, boost data privacy, and cut carbon dioxide emissions from cars.

Steve Bannon, who helped propel Donald Trump’s populist campaign to the White House, was in Paris on Monday to celebrate the victories of like-minded parties in Europe and gird for the battle ahead.

“You see the trend, and it’s definitely nationalist-versus-globalist,” he said. He predicted the far-right will prevail by grinding the European Parliament to a halt: “Every day will be like Stalingrad.” 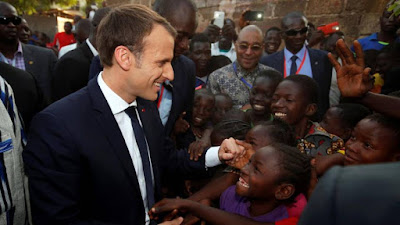 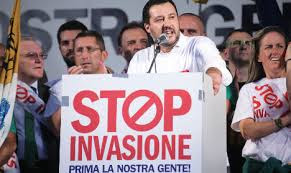 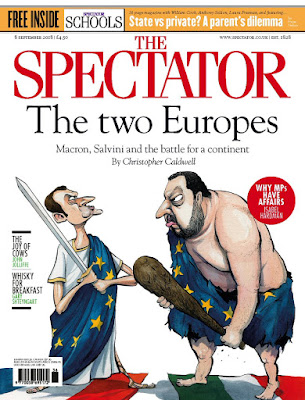