I spoke to my cousins in Italy this week and last. They are confined to their homes and subject to $400 fine and up to three years in prison if they dare go outside for anything but the essentials such as food or medical care. They're being compliant, and hoping for the best.

I am a proud Italian-American, for lack of a better term. Both sets of my grandparents came from Southern Italy. When I first started visiting my wonderful long-lost Italian cousins about 20 years ago, I soon discovered Italians are not like Italian-Americans, or any Americans for that matter. I was shocked at how compliant they are with government restrictions and taxation.


China owns a lot of Italy and most of its valuable commodities, so there is frequent travel between China and Milan, the business hub of Italy. So when word of COVID-19 was spreading in China and beyond, the virtue signaling mayor of Florence Italy took to twitter to tell everyone to "hug a Chinese." His aim was to show the world how not racist he and his city are. Fast forward 45 days and (5000+ dead later) we can't imagine a more bone-headed move.

Can we now put "virtue signaling" and politically correct pandering on the list of deadly pandemics sweeping the globe? We've always known it dangerous and stupid, but didn't realize how deadly. It's rampant in Europe and has certainly spread widely throughout North America. The one continent where it's almost non-existent and threatens very few is Asia, especially China.

Here's a story that will make your head spin. Earlier this year thousands of Chinese immigrants from the city of Wuhan traveled to North Italy for work. After the new residents got settled some of the local lawmakers noticed the Chinese immigrants weren't being totally accepted by native Italians.

That's when the mayor of Florence decided we should have "Hug a Chinese" Day. The mayor of Florence, Italy, @DarioNardella initiated "hug a Chinese" on Twitter on Feb 1, opposing anger toward China amid the #nCoV2019 outbreak, and calling for "Unity in this common battle!" Many Italian netizens responded by posting photos of themselves with Chinese.

The death toll in North Italy has now surpassed the death toll in Wuhan. As of today (Match 23, 2020) Italy has 59,138 cases & 5,476 deaths , so do people understand the gravity of the situation yet? 800 deaths today in Italy. Still think this was a good idea fucking idiots? 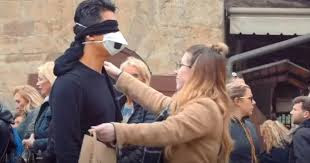 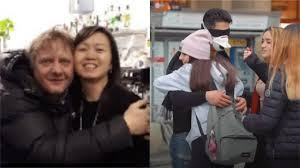 More than 60 percent of the latest deaths occurred in the northern region of Lombardy, whose hospitals have been reeling under a staggering case load that has left intensive care beds hard to find and respirators in dire supply. The new increases come nearly two weeks into a national lockdown in a desperate bid to contain the contagion. 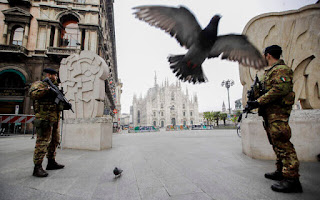 Italy had on Friday reported a record 627 deaths. Its daily death rate is now higher than that officially reported by China at the peak of its outbreak around Wuhan’s Hubei province. Italian soldiers patrol as the Duomo gothic cathedral is visible in background, in Milan, Friday, March 20, 2020.

Mayors of many towns in Italy are asking for ever more stringent measures on citizens’ movements to help contain the surging infections of the coronavirus. For most people, the new coronavirus causes only mild or moderate symptoms. For some it can cause more severe illness. Italy has now recorded the six highest one-day tolls officially registered around the world.

These are the military trucks taking away the dead in Bergamo (near Milan). Too many deaths. Cemeteries have run out of places available for cremation. Let us remember that Italy has free healthcare for all.

The soaring numbers come despite a national lockdown that drastically limits when residents are allowed to leave their homes. Police have issued citations to thousands of people for being out and about without valid reasons, such as going to work or shopping for food.

Mayors and governors throughout the country have been demanding even stricter measures. Italy’s national government is widely expected to respond soon. For days now, Italian authorities have said at daily briefings that the virus outbreak that emerged in northern Italy four weeks ago could reach its peak in a matter of days and the number of new infections might start going down.

“There are so many people walking around who have the virus and who are at risk of infecting others,” Matteo Bassetti, the director of the infectious diseases department at Genoa’s San Martino clinic, told Italy’s AGI news agency.

The tens of thousands cases of known cases, he said, “could actually be 100 times higher.” The Italian government intends to extend a ban on public gatherings and the shutdown of almost all businesses past their March 25 deadline. Regional leaders and city mayors are urging the Italian government to adopt even tougher restrictions such as a ban on outdoor exercises and the closure of all stores on Sundays.

Italy’s Health Minister Roberto Speranza called for a “great alliance” between citizens and institutions, saying “what counts more is the behavior of every individual.” Giuseppe Sala, mayor of Milan, capital of the hardest-stricken region of Lombardy, tried to rally the city’s 1.4 million citizens, tweeting that “by now, we have understood, this is a marathon, not a sprint.” 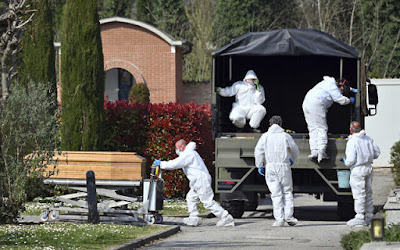 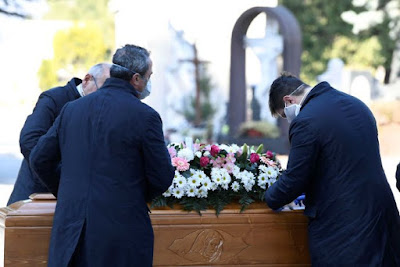 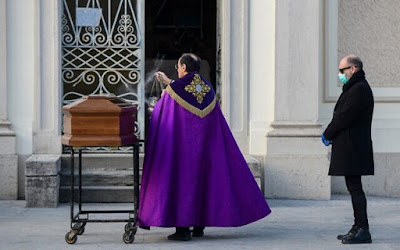