(Minxin Pei's article from the PROJECT SYNDICATE on 04 March 2020.) 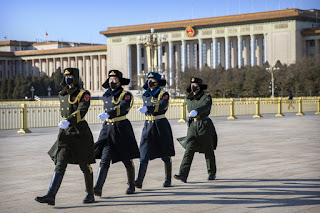 CLAREMONT, CALIFORNIA – It may seem preposterous to suggest that the outbreak of the new coronavirus, COVID-19, has imperiled the rule of the Communist Party of China (CPC), especially at a time when the government’s aggressive containment efforts seem to be working. But it would be a mistake to underestimate the political implications of China’s biggest public-health crisis in recent history.

According to a New York Times analysis, at least 760 million Chinese, or more than half the country’s population, are under varying degrees of residential lockdown. This has had serious individual and aggregate consequences, from a young boy remaining home alone for days after witnessing his grandfather’s death to a significant economic slowdown. But it seems to have contributed to a dramatic fall in new infections outside Wuhan, where the outbreak began, to low single digits.

Even as China’s leaders tout their progress in containing the virus, they are showing signs of stress. Like elites in other autocracies, they feel the most politically vulnerable during crises. They know that, when popular fear and frustration is elevated, even minor missteps could cost them dearly and lead to severe challenges to their power.


And “frustration” is putting it mildly. The Chinese public is well and truly outraged over the authorities’ early efforts to suppress information about the new virus, including the fact that it can be transmitted among humans. Nowhere was this more apparent than in the uproar over the February 7 announcement that the Wuhan-based doctor Li Wenliang, whom the local authorities accused of “rumor-mongering” when he attempted to warn his colleagues about the coronavirus back in December, had died of it.

With China’s censorship apparatus temporarily weakened – probably because censors had not received clear instructions on how to handle such stories – even official newspapers printed the news of Li’s death on their front pages. And business leaders, a typically apolitical group, have denounced the conduct of the Wuhan authorities and demanded accountability.

There is no doubt that the authorities’ initial mishandling of the outbreak is what enabled it to spread so widely, with health-care professionals – more than 3,000 of whom have been infected so far – being hit particularly hard. And despite the central government’s attempts to scapegoat local authorities – many health officials in Hubei province have been fired – there are likely to be more questions about what Chinese President Xi Jinping knew.

Not surprisingly, Xi has been working hard to repair his image as a strong and competent leader. After the central government ordered the lockdown of Wuhan in late January, Xi appointed Premier Li Keqiang to lead the coronavirus task force. But the fact that it was Li, not Xi, who went to Wuhan seemed to send the wrong message, as Xi realized in the subsequent days.

On February 3, at a Politburo Standing Committee meeting, Xi took an unusually defensive tone in a speech that smacked of damage control. While Xi admitted that he had learned of the outbreak before he sounded the alarm, he emphasized his personal role in leading the fight against the virus.

Moreover, on February 10, Xi made a series of public appearances in Beijing, aimed at reinforcing the impression that he is firmly in command. Three days later, he sacked the party chiefs of Hubei province and Wuhan municipality for their inadequate handling of the crisis. And two days after that, in an unprecedented move, the CPC released the full text of Xi’s internal Politburo Standing Committee speech.

Though Xi has apparently regained his aura as a dominant leader – not least thanks to CPC propagandists, who are working overtime to restore his image – the political fallout is likely to be serious. The profound uproar that marked those fleeting moments of relative cyber-freedom – the two weeks, from late January through early February, when censors lost their grip on the popular narrative – should be deeply worrying to the CPC.

Indeed, the CPC may be highly adept at repressing dissent, but repression is not eradication. Even a momentary lapse can unleash bottled-up anti-regime sentiment. One wonders what might happen to the CPC’s hold on power if Chinese were able to speak freely for a few months, not just a couple of weeks.

The most consequential political upshot of the COVID-19 outbreak may well be the erosion of support for the CPC among China’s urban middle class. Not only have their lives been severely disrupted by the epidemic and response; they have been made acutely aware of just how helpless they are under a regime that prizes secrecy and its own power over public health and welfare.

In the post-Mao era, the Chinese people and the CPC have adhered to an implicit social contract: the people tolerate the party’s political monopoly, as long as the party delivers sufficient economic progress and adequate governance. The CPC’s poor handling of the COVID-19 outbreak threatens this tacit pact. In this sense, China’s one-party regime may well be in a more precarious position than it realizes. 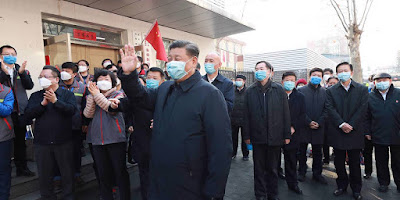 The Coronavirus Is a Disease of Chinese Autocracy

CLAREMONT, CALIFORNIA – An outbreak of a new coronavirus that began in the Chinese city of Wuhan has already infected over 4,000 people – mostly in China, but also in several other countries, from Thailand to France to the United States – and killed more than 100. Given China’s history of disease outbreaks – including of severe acute respiratory syndrome (SARS) and African swine fever – and officials’ apparent awareness of the need to strengthen their capacity to address “major risks,” how could this happen?

Like climate change, the COVID-19 pandemic is a perfect example of why we need multilateralism in a globalized world. Rather than resorting to thinly veiled racism and isolationist policies, global leaders – particularly the United States – should have started organizing a collective response weeks ago.

It should be no surprise that history is repeating itself in China. To maintain its authority, the Communist Party of China must keep the public convinced that everything is going according to plan. That means carrying out systemic cover-ups of scandals and deficiencies that may reflect poorly upon the CPC’s leadership, instead of doing what is necessary to respond.

This pathological secrecy hobbles the authorities’ capacity to respond quickly to epidemics. The SARS epidemic of 2002-03 could have been contained much sooner had Chinese officials, including the health minister, not deliberately concealed information from the public. Once proper disease-control and prevention measures were implemented, SARS was contained within months.

Yet China seems not to have learned its lesson. Although there are important differences between today’s coronavirus epidemic and the SARS outbreak – including far greater technological capacity to monitor disease – they may have the CPC’s habit of cover-ups in common.

To be sure, at first glance, China’s government has appeared to be more forthcoming about the latest outbreak. But, although the first case was reported on December 8, the Wuhan municipal health commission didn’t issue an official notice until several weeks later. And, since then, Wuhan officials have downplayed the seriousness of the disease and deliberately sought to suppress news coverage.

That notice maintained that there was no evidence that the new illness could be transmitted among humans, and claimed that no health-care workers had been infected. The commission repeated these claims on January 5, though 59 cases had been confirmed by then. Even after the first death was reported on January 11, the commission continued to insist that there was no evidence that it could be transmitted among humans or that health-care workers had been affected.

Throughout this critical period, there was little news coverage of the outbreak. Chinese censors worked diligently to remove references to the outbreak from the public sphere, which is far easier today than it was during the SARS epidemic, thanks to the government’s dramatically tighter control over the Internet, media, and civil society. Police have harassed people for “spreading rumors” about the disease.

According to one study, references to the outbreak on WeChat – a popular Chinese messaging, social media, and mobile-payment app – spiked between December 30 and January 4, around the time when the Wuhan municipal health commission first acknowledged the outbreak. But mentions of the disease subsequently plummeted.

References to the new coronavirus rose slightly on January 11, when the first death was reported, but then quickly disappeared again. It was only after January 20 – following reports of 136 new cases in Wuhan, as well as cases in Beijing and Guangdong – that the government rolled back its censorship efforts. Mentions of coronavirus exploded.

Yet again, the Chinese government’s attempts to protect its image proved costly, because they undermined initial containment efforts. The authorities have since switched gears, and their strategy now appears to be to show how seriously the government is taking the disease by imposing drastic measures: a blanket travel ban on Wuhan and neighboring cities in Hubei province, which together have a population of 35 million.

At this point, it is unclear whether and to what extent these steps are necessary or effective. What is clear is that China’s initial mishandling of the coronavirus outbreak means that thousands will be infected, hundreds may die, and the economy, already weakened by debt and the trade war, will take another hit.

But perhaps the most tragic part of this story is that there is little reason to hope that next time will be different. The survival of the one-party state depends on secrecy, media suppression, and constraints on civil liberties. So, even as Chinese President Xi Jinping demands that the government increase its capacity to handle “major risks,” China will continue to undermine its own – and the world’s – safety, in order to bolster the CPC’s authority.

When China’s leaders finally declare victory against the current outbreak, they will undoubtedly credit the CPC’s leadership. But the truth is just the opposite: the party is again responsible for this calamity.

(Minxin Pei is Professor of Government at Claremont McKenna College and a non-resident senior fellow at the German Marshall Fund of the United States.) 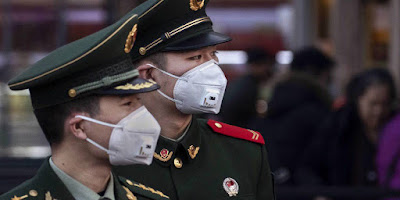