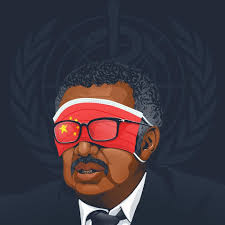 WHO Spread False Chinese Government Propaganda: Coronavirus Not Contagious Among Humans. The World Health Organization (WHO) praised Beijing’s response to the novel coronavirus in line with Chinese propagandists, at one point denying human-to-human transmission was taking place as the deadly and highly contagious disease spiraled out of control inside the communist country.

WHO Twitter messages from January and February show that the United Nations body was spreading Chinese propaganda. Health officials detected the first case of the coronavirus (COVID-19) on November 17 in Wuhan, China.

Communist officials in China hid the extent of the coronavirus outbreak during the early stages of the epidemic, jailing and silencing whistleblowers, a move that allowed the virus to gain a firm hold. The ruling communist party, however, has hailed the recent slowdown of the outbreak as a sign of the superiority of its authoritarian political system.


A study published earlier this month by the University of Southampton, determined that China could have prevented 95 percent of the coronavirus infections plaguing the globe if Beijing had listened to the doctor whistleblowers in Wuhan about the seriousness of the disease instead of silencing and punishing them for speaking out.

“At critical moments, officials chose to put secrecy and order ahead of openly confronting the growing crisis to avoid public alarm and political embarrassment,” the New York Times acknowledged in early February. China has refused to apologize for its mishandling of the outbreak during its initial phase.

Meanwhile, it appears that the WHO has been covering for the ruling communist party in China. On January 14, the day before the first case to reach the United States reportedly flew from Wuhan to Seattle, Washington, the WHO denied that the disease was spreading through human-to-human transmission.

“Preliminary investigations conducted by the Chinese authorities have found no clear evidence of human-to-human transmission of the novel [coronavirus] identified in [Wuhan],” the WHO wrote on Twitter.

It took the WHO a few days to finally concede on Twitter that person-to-person transmission was indeed possible, but it continued to downplay that threat for several days. "An animal source seems the most likely primary source of this novel #coronavirus (2019-nCoV) outbreak, with some limited human-to-human transmission occurring between close contacts, To date, new #coronavirus (2019-nCoV) person-to-person transmission outside of #China has been limited." tweeted WHO on 30 January 2020. 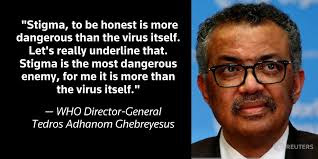 Although coronavirus had been traced to an animal market in Wuhan by late January, the WHO claimed in early February that it did not know the source of the outbreak.

"But there is still a lot we don’t know. We don’t know the source of the #2019nCoV outbreak, we don’t know what its natural reservoir is and we don’t properly understand its transmissibility or severity. To defeat this outbreak, we need answers to all those questions," tweeted WHO DG Tedros on 7 February 2020.

"The route of transmission of 2019-nCoV to humans at the start of this event remains unclear. The current most likely hypothesis is that an intermediary host animal has played a role in the transmission." Tweeted WHO.

On February 14, the WHO tweeted that the body’s director, Dr. Tedros Adhanom Ghebreyesus, had pushed back against critics who denounced him for commending China’s response to the virus. Dr. Tedros told reporters that day: "Too much has been written & said about my praise for [China]. I have given credit where it’s due & I will continue to do that, as I would for any country that fights an outbreak aggressively at its source to protect its own people & the world, even at a great cost to itself.:

Echoing false Chinese communist party statements, the WHO tweeted on February 21 that Dr. Tedros had claimed that China’s handling of the coronavirus gave the rest of the world “a fighting chance of containing the spread of the coronavirus.”

Although coronavirus spread from China to the rest of the world, the WHO suggested earlier this year that Beijing contained the disease. “This [coronavirus] is not influenza. With the right measures, it can be contained. That is one of the key messages from [China],” the WHO Twitter account quoted its Dr. Tedros as telling reporters on February 27.

Throughout the outbreak, there have been more cases in China than anywhere else in the world, making the communist country the epicenter of the global pandemic. Nevertheless, the WHO repeatedly claimed in February that new cases were on a downward spiral. 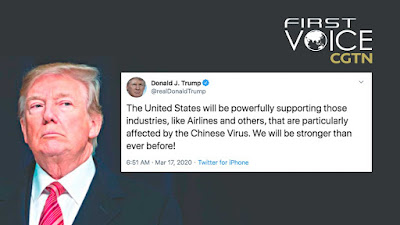 On March 13, the U.S. government summoned the Chinese Ambassador to the United States, Cui Tiankai, to the State Department to protest Beijing’s suggestion that the American military brought the coronavirus to China.

Trump administration officials have lambasted China’s propaganda effort to reframe the coronavirus outbreak as a triumph for communism now that new cases in the country have allegedly begun to drop.

The WHO tweeted on February 25: "Stigma occurs when people negatively associate an infectious disease with a specific population. This means that people are being labeled, stereotyped, separated and/or experience loss of status and discrimination because of a potential negative affiliation with [COVID-19]."

The global health community stopped naming diseases after places in recent years. At a January 28 meeting with Chinese dictator Xi Jinping, the WHO director reportedly offered effusive praise for Beijing’s transparency and management of the coronavirus outbreak in late January, even though China initially tried to hide the epidemic from its public and the rest of the globe as the disease spread. 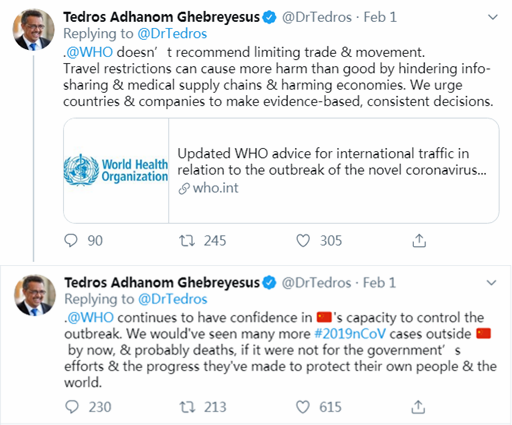 Dr. Tedros also blasted other governments, like the United States, that tried to prevent the outbreak from spreading even further beyond China’s borders by suspending travel to and from the country. This month, Dr. Anthony Fauci, the director of the U.S. National Institute of Allergy and Infectious Diseases, proclaimed that the coronavirus outbreak would be “worse” if U.S. President Donald Trump had not implemented travel bans on China early this year.

The WHO director served as health minister in Ethiopia, which has a Marxist past. China is currently the largest foreign investor in the African country. Communist China is now the second-biggest donor to the United Nation’s regular budget after the United States. As such, Beijing holds considerable sway over the WHO, a U.N. entity.

Perhaps one of the most glaring examples of the influence Beijing holds over the WHO is its success in blocking Taiwan’s access to the body, a position that could devastate the Taiwanese people as coronavirus continues to spread. Although China does not control Taiwan, it claims the island as part of its territory. 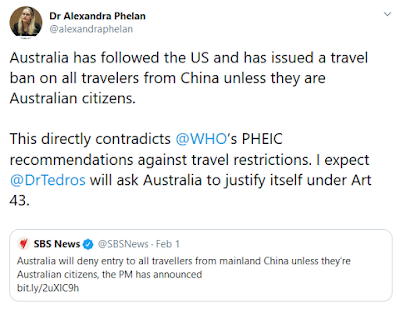