(Staff article from the GREAT GAME MEDIA India on 26 January 2020.) 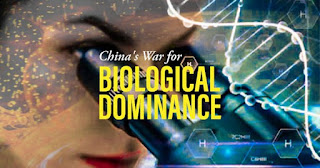 Last year a mysterious shipment was caught smuggling Coronavirus from Canada. It was traced to Chinese agents working at a Canadian lab. Subsequent investigation by GreatGameIndia linked the agents to Chinese Biological Warfare Program from where the virus is suspected to have leaked causing the Wuhan Corona virus outbreak.

On June 13, 2012 a 60-year-old Saudi man was admitted to a private hospital in Jeddah, Saudi Arabia, with a 7-day history of fever, cough, expectoration, and shortness of breath. He had no history of cardiopulmonary or renal disease, was receiving no long-term medications, and did not smoke.

This Coronavirus sample was acquired by Scientific Director Dr. Frank Plummer (Who was recently assassinated in Africa) of Canada’s National Microbiology Laboratory (NML) in Winnipeg directly from Fouchier, who received it from Zaki. This virus was reportedly stolen from the Canadian lab by Chinese agents.

Coronavirus arrived at Canada’s NML Winnipeg facility on May 4, 2013 from the Dutch lab. The Canadian lab grew up stocks of the virus and used it to assess diagnostic tests being used in Canada. Winnipeg scientists worked to see which animal species can be infected with the new virus.

Research was done in conjunction with the Canadian Food Inspection Agency’s national lab, the National Centre for Foreign Animal Diseases which is housed in the same complex as the National Microbiology Laboratory.

NML has a long history of offering comprehensive testing services for coronaviruses. It isolated and provided the first genome sequence of the SARS coronavirus and identified another coronavirus NL63 in 2004. This Winnipeg based Canadian lab was targeted by Chinese agents in what could be termed as Biological Espionage. 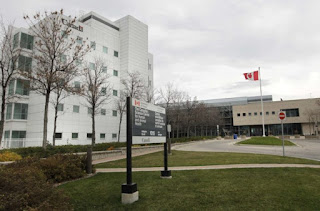 In March 2019, in mysterious event a shipment of exceptionally virulent viruses from Canada’s NML ended up in China. The event caused a major scandal with Bio-warfare experts questioning why Canada was sending lethal viruses to China. Scientists from NML said the highly lethal viruses were a potential bio-weapon.

Following investigation, the incident was traced to Chinese agents working at NML. Four months later in July 2019, a group of Chinese virologists were forcibly dispatched from the Canadian National Microbiology Laboratory (NML). The NML is Canada’s only level-4 facility and one of only a few in North America equipped to handle the world’s deadliest diseases, including Ebola, SARS, Coronavirus, etc.

The NML scientist who was escorted out of the Canadian lab along with her husband, another biologist, and members of her research team is believed to be a Chinese Bio-Warfare agent Xiangguo Qiu. Qiu was the head of the Vaccine Development and Antiviral Therapies Section in the Special Pathogens Program at Canada’s NML.

Xiangguo Qiu is an outstanding Chinese scientist born in Tianjin. She primarily received her medical doctor degree from Hebei Medical University in China in 1985 and came to Canada for graduate studies in 1996. Later on, she was affiliated with the Institute of Cell Biology and the Department of Pediatrics and Child Health of the University of Manitoba, Winnipeg, not engaged with studying pathogens.

But a shift took place, somehow. Since 2006, she has been studying powerful viruses in Canada’s NML. The viruses shipped from the NML to China were studied by her in 2014, for instance (together with the viruses Machupo, Junin, Rift Valley Fever, Crimean-Congo Hemorrhagic Fever and Hendra). 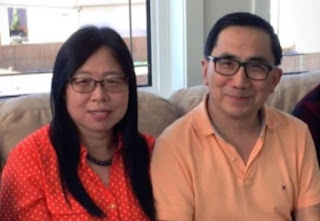 Dr. Xiangguo Qiu is married to another Chinese scientist – Dr. Keding Cheng, also affiliated with the NML, specifically the “Science and Technology Core”.

Dr. Cheng is primarily a bacteriologist who later shifted to virology.

The couple is responsible for infiltrating Canada’s NML with many Chinese agents as students from a range of Chinese scientific facilities directly tied to China’s Biological Warfare Program, namely:

Sources say Xiangguo Qiu and her husband Keding Cheng were escorted from the National Microbiology Lab in Winnipeg on July 5, 2019. Since then, the University of Manitoba has ended their appointments, reassigned her graduate students, and cautioned staff, students and faculty about traveling to China.

All of the above four mentioned Chinese Biological Warfare facilities collaborated with Dr. Xiangguo Qiu within the context of Ebola virus, the Institute of Military Veterinary joined a study on the Rift Valley fever virus too, while the Institute of Microbiology joined a study on Marburg virus. Noticeably, the drug used in the latter study – Favipiravir – has been earlier tested successfully by the Chinese Academy of Military Medical Sciences, with the designation JK-05 (originally a Japanese patent registered in China already in 2006), against Ebola and additional viruses.

However, the studies by Dr. Qiu are considerably more advanced and apparently vital for the Chinese biological weapons development in case Coronavirus, Ebola, Nipah, Marburg or Rift Valley fever viruses are included therein. The Canadian investigation is ongoing and questions remain whether previous shipments to China of other viruses or other essential preparations, took place from 2006 to 2018, one way or another.

Dr. Xiangguo Qiu also collaborated in 2018 with three scientists from the US Army Medical Research Institute of Infectious Diseases, Maryland, studying post-exposure immunotherapy for two Ebola viruses and Marburg virus in monkeys; a study supported by the US Defense Threat Reduction Agency. 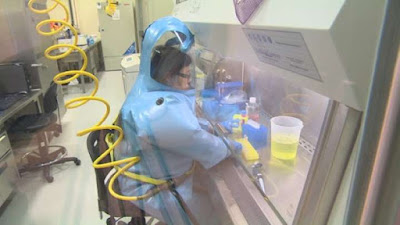 Dr. Xiangguo Qiu made at least five trips over the school year 2017-18 to the above mentioned Wuhan National Biosafety Laboratory of the Chinese Academy of Sciences, which was certified for BSL4 in January 2017. Moreover, in August 2017, the National Health Commission of China approved research activities involving Ebola, Nipah, and Crimean-Congo hemorrhagic fever viruses at the Wuhan facility.

Coincidentally, the Wuhan National Biosafety Laboratory is located only 20 miles away from the Huanan Seafood Market which is the epicenter of the Coronavirus outbreak dubbed the Wuhan Coronavirus.

The Wuhan National Biosafety Laboratory is housed at the Chinese military facility Wuhan Institute of Virology linked to China’s Biological Warfare Program. It was the first ever lab in the country designed to meet biosafety-level-4 (BSL-4) standards – the highest biohazard level, meaning that it would be qualified to handle the most dangerous pathogens.

In January 2018, the lab was operational ‘for global experiments on BSL-4 pathogens,’ wrote Guizhen Wu in the journal Biosafety and Health. ‘After a laboratory leak incident of SARS in 2004, the former Ministry of Health of China initiated the construction of preservation laboratories for high-level pathogens such as SARS, coronavirus, and pandemic influenza virus,’ wrote Guizhen Wu.

The Wuhan institute has studied coronaviruses in the past, including the strain that causes Severe Acute Respiratory Syndrome, or SARS, H5N1 influenza virus, Japanese encephalitis, and dengue. Researchers at the institute also studied the germ that causes anthrax – a biological agent once developed in Russia.

“Coronaviruses (particularly SARS) have been studied in the institute and are probably held therein,” said Dany Shoham, a former Israeli military intelligence officer who has studied Chinese biowarfare. He said. “SARS is included within the Chinese BW program, at large, and is dealt with in several pertinent facilities.”

James Giordano, a neurology professor at Georgetown University and senior fellow in Biowarfare at the U.S. Special Operations Command, said China’s growing investment in bio-science, looser ethics around gene-editing and other cutting-edge technology and integration between government and academia raise the spectre of such pathogens being weaponized.

That could mean an offensive agent, or a modified germ let loose by proxies, for which only China has the treatment or vaccine. “This is not warfare, per se,” he said. “But what it’s doing is leveraging the capability to act as global saviour, which then creates various levels of macro and micro economic and bio-power dependencies.”

In a 2015 academic paper, Shoham – of Bar-Ilan’s Begin-Sadat Center for Strategic Studies – asserts that more than 40 Chinese facilities are involved in bio-weapon production. China's Biological Warfare Program is believed to be in an advanced stage that includes research and development, production and weaponization capabilities.

China’s Academy of Military Medical Sciences actually developed an Ebola drug – called JK-05 — but little has been divulged about it or the defence facility’s possession of the virus, prompting speculation its Ebola cells are part of China’s bio-warfare arsenal, Shoham told the National Post.

Ebola is classified as a “category A” bioterrorism agent by the U.S. Centers for Disease Control and Prevention, meaning it could be easily transmitted from person to person, would result in high death rates and “might cause panic.” The CDC lists Nipah as a category C substance, a deadly emerging pathogen that could be engineered for mass dissemination.

China’s Biological Warfare Program is believed to be in an advanced stage that includes research and development, production and weaponization capabilities. Its current inventory is believed to include the full range of traditional chemical and biological agents with a wide variety of delivery systems including artillery rockets, aerial bombs, sprayers, and short-range ballistic missiles. 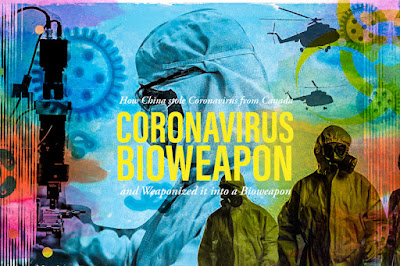 China’s national strategy of military-civil fusion has highlighted biology as a priority, and the People’s Liberation Army could be at the forefront of expanding and exploiting this knowledge. China is sponsoring research on weaponizing Biotech in preparation for a New Domain of Warfare - a part of China's War for Biological Dominance

The PLA is pursuing military applications for biology and looking into promising intersections with other disciplines, including brain science, supercomputing, and artificial intelligence. Since 2016, the Central Military Commission has funded projects on military brain science, advanced biomimetic systems, biological and biomimetic materials, human performance enhancement, and “new concept” biotechnology.

In 2016, an AMMS doctoral researcher published a dissertation, “Research on the Evaluation of Human Performance Enhancement Technology,” which characterized CRISPR-Cas as one of three primary technologies that might boost troops’ combat effectiveness.

The supporting research looked at the effectiveness of the drug Modafinil, which has applications in cognitive enhancement; and at transcranial magnetic stimulation, a type of brain stimulation, while also contending that the “great potential” of CRISPR-Cas as a “military deterrence technology in which China should “grasp the initiative” in development.

In 2016, the potential strategic value of genetic information led the Chinese government to launch the National Genebank, which intends to become the world’s largest repository of such data. It aims to “develop and utilize China’s valuable genetic resources, safeguard national security in bioinformatics, and enhance China’s capability to seize the strategic commanding heights” in the domain of Biotechnology Warfare.

Chinese military’s interest in biology as an emerging domain of warfare is guided by strategists who talk about potential “genetic weapons” and the possibility of a “bloodless victory.”