(First part of this post is direct from the Yahoo Seven News Australia.)
Liberal senator Cory Bernardi has slammed an upcoming Islamic conference which he says will feature "extremists and purveyors of hate".
The three-day Australian Islamic Peace Conference is billed as the "largest, the biggest and the best-ever Islamic event in the history of Australia" and will kick off this weekend in Melbourne.
Conference organisers, the Islamic Research and Educational Academy, have come under fire for inviting Saudi cleric Abdul Rahman al-Sudais. Al-Sudais has in the past reportedly called for violent jihad and for the annihilation of Jews.
Senator Bernardi says other speakers who have been invited to the conference are noted for their support of Osama bin Laden.

"It's hard for even the stoutest defender of freedom of speech to defend the poison that is peddled by this lot," he told parliament on Tuesday, adding that a number of speakers were extremists and preachers of hate.
A spokeswomen for Immigration Minister Brendan O'Connor said al-Sudais had not yet applied for a visa to visit Australia. In a letter written to opposition immigration spokesman Scott Morrison last week, Mr O'Connor said al-Sudais' character and public statements would be given "full consideration" should he decide to apply for a visa.
Labor backbencher Michael Danby earlier said al-Sudais was unlikely to be granted a visa on character grounds. "Bigotry spewed out by Saudi extremist preacher Dr al-Sudais was un-Australian," Mr Danby said in a statement.
Anti-Semite Abdul Rahman al-Sudais
(This part of the post is direct from the Wikipedia.) 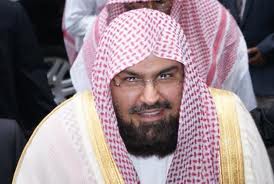 Saudi cleric Al-Sudais has been described as an anti-Semite for publicly praying to God to ‘terminate’ the Jews, and as a result has been barred from conferences in the United States and been refused entry to Canada.
On April 19, 2002, in his sermon Al-Aqsa Is Crying Out For Help! Al-Sudais called the Jews "monkeys and pigs", among other invective.
Al-Sudais has been listed as an example of theological anti-Semitism by the Anti-Defamation League, when he called curses down upon Jews and labeled them “scum of the earth” in his sermons. The International Broadcasting Bureau also has reported Sudais's antisemitism in a statement dated April 2002.
In a May 2003 interview with NBC's Tim Russert, the foreign policy adviser to the Saudi crown prince, Adel al-Jubeir, confirmed al-Sudais's statements, agreed that they were “clearly not right”, and stated that he was reprimanded, but was still allowed to preach. He also said that "if he [Sudais] had a choice he would retract these words - he would not have said these words."
Al-Sudais not only attacked Jews, but other non-Muslims as well, such as Hindus and Christians. John Ware on the BBC program Panorama entitled "A Question of Leadership" from August 21, 2005, cited Al-Sudais referring disparagingly to Christians as “cross-worshippers” and Hindus as “idol worshippers”. Ware pointed out the discrepancy between Sudais's sermons to Saudis with his speech to Western audiences.
The Muslim Council of Britain questioned the veracity of quotes given in the interview, calling them “deliberately garbled” and the program as a whole “deeply unfair”. The Council urged caution, and while condemning any form of anti-semitic remarks, requested verification that these words were indeed spoken by Al-Sudais.
After a series of exchanges, the BBC's Panorama editor, Mike Robinson, posted a response to each of the Muslim Council's allegations, accusing them of “unwarranted and wildly inaccurate attacks” and “bad faith allegations”.
Posted by Hla Oo at 1:11 AM