(Part of this post is direct from the BNP activist Kevin Moore’sBlog on 5 May 2010.)

Voting Fraud Investigative Reporter Beaten Up by Muslim Thugs. Jerome Taylor was savagely beaten by Asian thugs while on the trail of Bangladeshi voter fraud in East London.

‘The first punch came, landing on my nose, sending blood down my face,’ ‘Independent’ reporter Jerome Taylor relives his bloody experience on the trail of voting fraud in east London

When I look back on it now what surprises me is how disarmingly polite my attackers were.

“What are you doing?” asked one of the two, seemingly inquisitive, Asian teenagers who approached me on a quiet cul-de-sac in Bow, east London, shortly after 1pm yesterday. “There’s been a photographer around here, do you know her?” he added.


I didn’t, but I explained I was a journalist for The Independent looking to speak to a man at an address in the area, who was standing as a candidate in the local elections, about allegations of postal vote fraud.

“Can we see your note pad,” the boy asked.

I declined and then the first punch came – landing straight on my nose, sending blood and tears streaming down my face. Then another. Then another.

I tried to protect myself but a fresh crop of attackers – I guess between four and six – joined in. As they knocked me to the ground one of them brought a traffic cone repeatedly down on the back of my head.

As their fists and feet slammed into me, all I could think about was some advice a friend had given me. She's a paramedic and has dealt with countless victims of assault. "Whatever you do don't get knocked to the ground," she once said. "Blows on the floor are much more dangerous."

It seemed faintly absurd now. "That's easy for you to say," I thought. "How on earth are you meant to stay up?"

I don't know how long it lasted – it was probably only a minute – but it was a long minute. I don't remember them saying anything as they did it. The first noise I was aware of was the beeping of a car horn and a woman screaming.

The noise brought a man out of a nearby block of flats. With little regard for his own safety he waded in and defended me until my attackers ran away.

I shudder to think what would have happened if he hadn't been brave enough to take action and I cannot thank him enough for what he did. He gave me a bottle of water to wash the blood away and showed me a mobile phone that one of the attackers had dropped which he later handed to the police. He also maintained that he saw at least two of the attackers run into the candidate's house.

What brought me to Bow yesterday were allegations of widespread postal voting fraud. Both the local Conservative and Respect parties in Tower Hamlets have been looking through the new electoral rolls for properties that have an alarmingly high number of adults registered to one address.

The area has a large Bengali population and this type of fraud is unfortunately all too common. In some instances there have been as many as 20 Bengali names supposedly living in two or three-bedroom flats. When journalists have previously called, all too often there are far fewer living there. In some instances, no Bengalis at all. 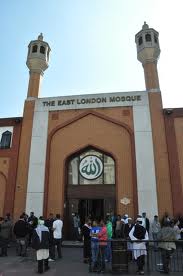 In such a heavily populated borough, a few fraudulent postal votes might not sound like it matters but when you look at how slim the majorities are here you know every vote counts. In Bethnal Green and Bow, Respect has a tiny 1,300-vote lead.

In neighbouring Poplar and Limehouse, where George Galloway is taking on Labour's Jim Fitzpatrick and Tory newcomer Tim Archer, the lead is around 4,000. But boundary changes have brought thousands of affluent Tory-leaning voters into the constituency, making it an equally tight race.

So far Scotland Yard is looking into 28 allegations of bogus voter registration in London, although the Conservative and Respect parties both say they have highlighted many more. Concerns have been amplified by a flood of new voter registrations in the past few weeks in the run-up to the nationwide deadline on 20 April.

Election officials in Tower Hamlets have removed 141 suspect ballots from the register but overall 5,166 new names were received before the deadline with little time to check their veracity.

Bengalis do tend to have large families and this is the third most deprived borough in the country. Overcrowding is a serious issue. But other Bengalis I know in the area had told me that it was very unusual to have any more than five adults in one house. The households are large, they said, because they have lots of children – not lots of adults. 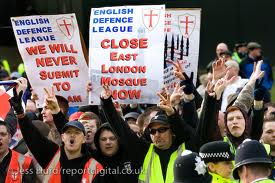 Thinking back on my experience perhaps I was naïve to venture into the area on my own, although I do live in east London, know the estates well and have rarely felt threatened. My Bengali neighbours, meanwhile, are particularly kind and well-liked because they tend to keep a tighter leash on their kids.

The paramedics who treated me told me that they rarely went into the area without a police escort. "These kids are trapped in an endless cycle of poverty," one of them said. "There's a lot of drugs and gang-related violence but it is rare for a stranger like you to be attacked."

The slight difference, of course, is that I'm not a stranger in the normal sense. Whoever these kids were it was evident that they were no strangers to the occasional journalist and photographer sniffing around.

Last night, I managed to speak to the man I wanted to interview about the alleged fraud, and whose house I was outside when I was attacked. He said: "I am not going to talk to you about this. Why have you been knocking on my door. You don't disturb me. If you knock on my door again I will take you to court."

Police forces across the country are investigating over 50 complaints of voting abuses, including 10 complaints passed to the police in Tower Hamlets where The Independent journalist Jerome Taylor was attacked.

Tower Hamlets Council confirmed it had asked the police to investigate 10 cases of voter fraud in its area, but it revealed that 3,123 late applications have been received for postal votes and it has had too little time to properly check whether they are all genuine before the register closed.

That could open the poll in the two constituencies in Tower Hamlets – Bethnal Green and Bow and Poplar and Limehouse – to massive postal voter fraud. Respect is in a bitter fight to retain the highly marginal Bethnal Green seat – vacated by Respect MP George Galloway, who is standing in neighbouring Poplar and Limehouse – and, in an unprecedented development in British politics, all the candidates of the main parties are Bangladeshi Muslims.

The council said it would support calls to change the rules after Thursday's elections, to provide more time for checks to be carried out on late postal vote applications. "That could mean closing applications for postal votes at least four days before the normal voter registration process closes."
Posted by Hla Oo at 9:55 PM