Over two dozen high-definition images reportedly published in an Urdu-language Internet forum suggest the Taliban has successfully recruited Rohingya Muslims, Bangladeshis, and Indonesian nationals and are training them in an undisclosed camp in Myanmar, a report by Asian News International (ANI) says.

The images that come with Urdu captions were posted on the ‘Bab-e-Islam Jihadi Internet Forum’ and sourced from a Facebook account on July 12, according to a leading Washington-based research institute, Jihad and Terrorism Threat Monitor (JTTM) of the Middle East Media Research Institute (MEMRI).

The institute specialises in translating and monitoring radical Islamist media materials and networks operating in local languages through the social media. The Bab-e-Islam Internet Forum images show the outfit engaged in combat training in Burma, but the camp’s exact location is not mentioned.

A photograph of one of the trainees offering prayers has appeared in the website, Arrahmah.com. Other pictures reportedly show men with blurred faces, presumably high-ranking Taliban commanders, conducting the training.

JTTM has translated an accompanying photo caption into Urdu as saying, “This new jihadi force has entered Burma, Myanmar, under the leadership of Commander Abu Sufiya and Abu Arif.”

The caption also claimed that these recruits recently destroyed two Burmese military combat vehicles, killing 17 soldiers. It also claims the recruits beheaded three Buddhists — a priest among them — who, it says, were responsible for slaying Muslims.

Myanmar’s Rohingya Muslims have made international headlines over the past year as they suffered communal attacks inflicted by the country’s majority Buddhists. Hundreds of ethnic Rohingya Muslims were butchered and over thousands have been displaced.

The images show around 100 to 200 individuals in military fatigues taking part in a shooting practice. The Washington-based research institute says the Urdu version of the Ansarullah jihadi forum in Arabic mainly functions via the Bab-e-Islam forum. 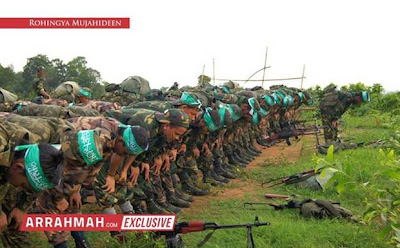 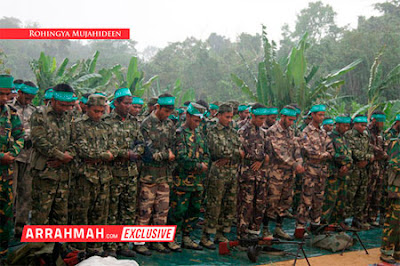 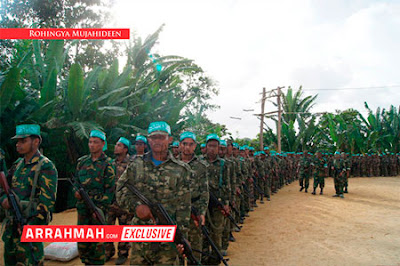 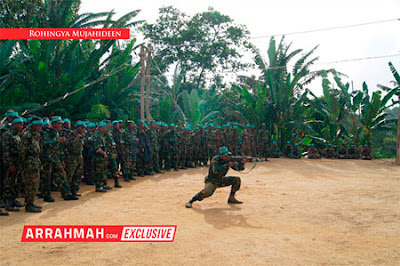 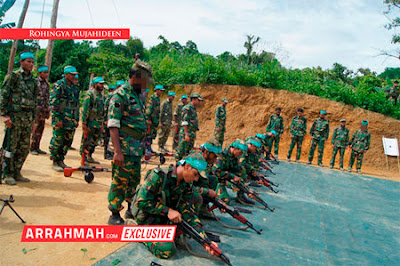 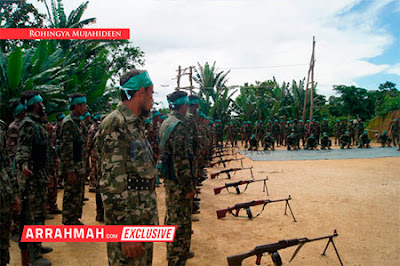