Like in many other non-Muslim countries the Muslim Men in our Burma keep their women strictly inside. And as part of their sexual jihad they go out and assault non-Muslim females who have complete freedom to go about outside alone.

In Burma the brunt of these sexual assaults by Muslim men are borne by many young Buddhist women who have much higher degree of freedom than Muslim women.

The enraged Buddhists led by local Buddhist monks retaliated by burning down a few Muslim-owned businesses and properties and a mosque, yes, a mosque again. Mosque burning appears to be the counter-jihad of Buddhists in Burma, and Burmese Buddhists burned down so many mosques recently Burma will soon become a mosque-free nation, a very rare one indeed.

She was a 25 years-old Buddhist girl named Ma La Byay from nearby Zee Gone village working as a haircutter in much larger Htan Gone village which has a train station and two small bazaars and a police station. Htan Gone also has nearly 300 Muslim households with two large mosques and one Arabic-Madrassa. That day she was going home alone when San Nyunt Oo a Muslim man from Htan Gone tried to grab her. She fought him off.

He then went away and came back with two Muslim men on a motorbike and they grabbed hold of Ma La Byay and tried to gang-rape her in the nearby fields. Fortunately for her a group of Burmese farmhands were in the fields and they came to help her free from the Muslim rapists.

Burmese then captured the main instigator Muslim San Nyunt Oo and took him to the Hatn Gone police station. By then the time was almost 7 pm. By 7:30 pm about 150 Buddhist-Burmese from both Htan Gone and Zee Bin villages led by 3 Buddhist monks gathered at the gate of Htan Gone police station and asked to release the rapist into their hands.

The police refused as the arrested Muslim man has already been sent to more secure police station at nearby Kantbalu town. From there he was taken to fortify Prison at Shwe Bo.

By 11 pm about 20 houses from Ward-2 were burning ferociously after the fire from Mya Thway’s Pan-myaing-le teashop swept through the ward. About 1,000 strong crowd then moved on to Ward-3 and tried to burn Muslim Khin Than’s house.

But more than 200 strong police reinforcement led by the District Police-Chief Own Hlaing himself had arrived in Htan Gone village and managed to stop the crowd from attacking further the Muslim properties. They had to fire many warning shots to quell the crowd.

Ten Fire engines and 70 fire-fighters from Kantbalu town also arrived but the mob tried to stop the fire crews by cutting their fire-hoses and police had to fire into air second time. Finally the firemen had extinguished the fire by about 4 in the early morning next day August 25.

All together 44 Muslim-owned houses, 14 Muslim-owned shops and businesses, large Aung Zabu Rice Mill owned by prominent Muslim Htun Thin, and the village mosque in Hatn Gone village were totally destroyed by the fire set by Burmese-Buddhist mob of more than 1,500 villagers from Htan Gone and Zee Bin and other neighbouring villages.

A score of police and firemen were injured in the night-long riots and so far police has arrested eleven Burmese-Buddhists for leading the anti-Muslim race riots. 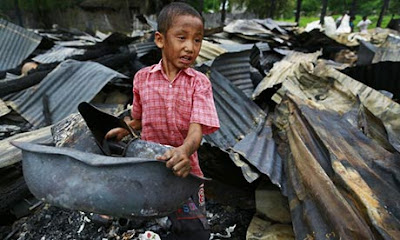 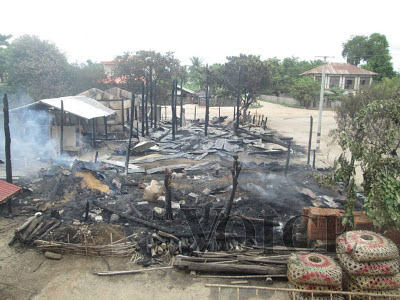 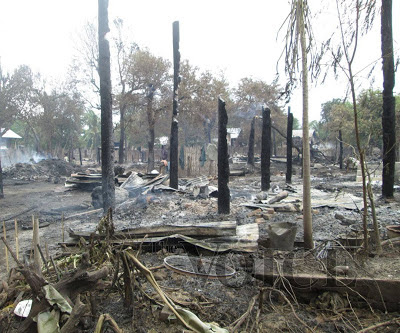 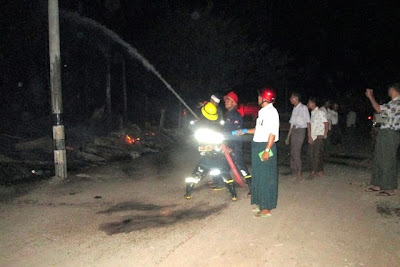 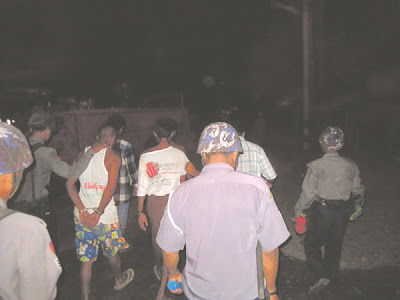 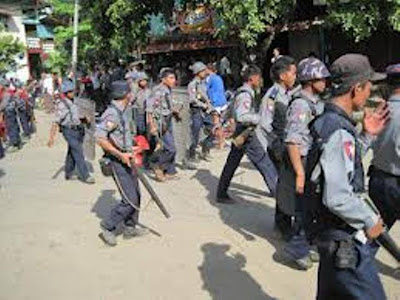 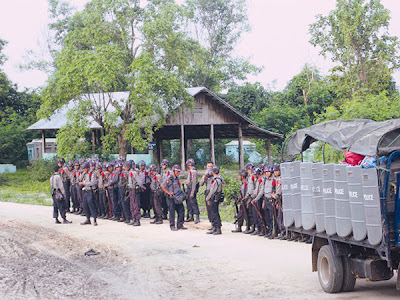 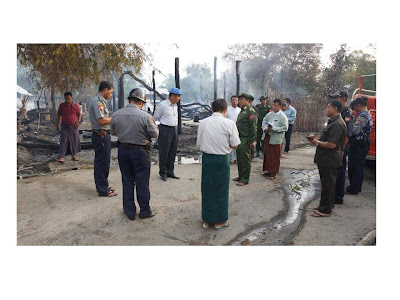 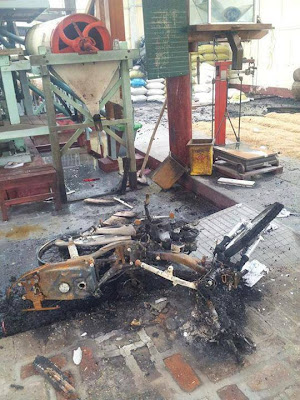 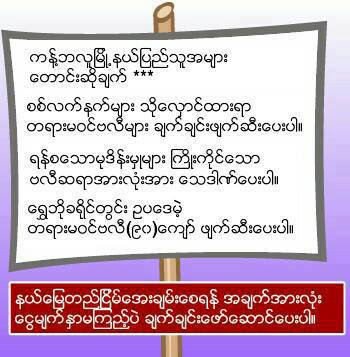