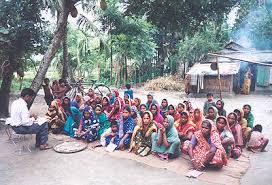 In 1968, The Lancet published the results of a modest trial of what is now regarded as among the most important medical advances of the twentieth century. It wasn’t a new drug or vaccine or operation. It was basically a solution of sugar, salt, and water that you could make in your kitchen. The researchers gave the solution to victims of a cholera outbreak in Dhaka, the capital of what is now Bangladesh, and the results were striking.

Cholera is a violent and deadly diarrheal illness, caused by the bacterium Vibrio cholera, which the victim usually ingests from contaminated water. The bacteria secrete a toxin that triggers a rapid outpouring of fluid into the intestine. The body, which is sixty per cent water, becomes like a sponge being wrung out. The fluid pouring out is a cloudy white, likened to the runoff of washed rice. It produces projectile vomiting and explosive diarrhea. Children can lose a third of their body’s water in less than twenty-four hours, a fatal volume. Drinking water to replace the fluid loss is ineffective, because the intestine won’t absorb it. As a result, mortality commonly reached seventy per cent or higher. During the nineteenth century, cholera pandemics killed millions across Asia, Europe, Africa, and North America. The disease was dubbed the Blue Death because of the cyanotic blue-gray color of the skin from extreme dehydration.

In 1906, a partially effective treatment was found: intravenous fluid solutions reduced mortality to thirty per cent. Prevention was the most effective approach. Modern sewage and water treatment eliminated the disease in affluent countries. Globally, though, millions of children continued to die from diarrheal illness each year. Even if victims made it to a medical facility, the needles, plastic tubing, and litres of intravenous fluid required for treatment were expensive, in short supply, and dependent on medical workers who were themselves in short supply, especially in outbreaks that often produced thousands of victims.

Then, in the nineteen-sixties, scientists discovered that sugar helps the gut absorb fluid. Two American researchers, David Nalin and Richard Cash, were in Dhaka during a cholera outbreak. They decided to test the scientific findings, giving victims an oral rehydration solution containing sugar as well as salt. Many people doubted that victims could drink enough of it to restore their fluid losses, typically ten to twenty litres a day. So the researchers confined the Dhaka trial to twenty-nine patients. The subjects proved to have no trouble drinking enough to reduce or even eliminate the need for intravenous fluids, and none of them died.

Three years later, in 1971, an Indian physician named Dilip Mahalanabis was directing medical assistance at a West Bengal camp of three hundred and fifty thousand refugees from Bangladesh’s war of independence when cholera struck. Intravenous-fluid supplies ran out. Mahalanabis instructed his team to try the Dhaka solution. Just 3.6 per cent died, an unprecedented reduction from the usual thirty per cent. The solution was actually better than intravenous fluids. If cholera victims were alert, able to drink, and supplied with enough of it, they could almost always save their own lives.

One might have expected people to clamor for the recipe after these results were publicized. Oral rehydration solution seems like ether: a miraculous fix for a vivid, immediate, and terrifying problem. But it wasn’t like ether (as first gas of anaesthesia) at all.

To understand why, you have to imagine having a child throwing up and pouring out diarrhea like you’ve never seen before. Making her drink seems only to provoke more vomiting. Chasing the emesis and the diarrhea seems both torturous and futile. Many people’s natural inclination is to not feed the child anything.

Furthermore, why believe that this particular mixture of sugar and salt would be any different from water or anything else you might have tried? And it is particular. Throw the salt concentration off by a couple of teaspoons and the electrolyte imbalance could be dangerous. The child must also keep drinking the stuff even after she feels better, for as long as the diarrhea lasts, which is up to five days. Nurses routinely got these steps wrong. Why would villagers do any better?

A decade after the landmark findings, the idea remained stalled. Nothing much had changed. Diarrheal disease remained the world’s biggest killer of children under the age of five.

In 1980, however, a Bangladeshi nonprofit organization called BRAC – Bangladesh Rural Advancement Committee - decided to try to get oral rehydration therapy adopted nationwide. The campaign required reaching a mostly illiterate population. The most recent public-health campaign—to teach family planning—had been deeply unpopular. The messages the campaign needed to spread were complicated.

Nonetheless, the campaign proved remarkably successful. A gem of a book published in Bangladesh, “A Simple Solution,” tells the story. The organization didn’t launch a mass-media campaign—only twenty per cent of the population had a radio, after all. It attacked the problem in a way that is routinely dismissed as impractical and inefficient: by going door to door, person by person, and just talking.

It started with a pilot project that set out to reach some sixty thousand women in six hundred villages. The logistics were daunting. Who, for instance, would do the teaching? How were those workers going to travel? How was their security to be assured? The brac leaders planned the best they could and then made adjustments on the fly.

They recruited teams of fourteen young women, a cook, and a male supervisor, figuring that the supervisor would protect them from others as they travelled, and the women’s numbers would protect them from the supervisor. They travelled on foot, pitched camp near each village, fanned out door to door, and stayed until they had talked to women in every hut. They worked long days, six days a week. Each night after dinner, they held a meeting to discuss what went well and what didn’t and to share ideas on how to do better. Leaders periodically debriefed them, as well.

The workers were only semi-literate, but they helped distill their sales script into seven easy-to-remember messages: for instance, severe diarrhea leads to death from dehydration; the signs of dehydration include dry tongue, sunken eyes, thirst, severe weakness, and reduced urination; the way to treat dehydration is to replace salt and water lost from the body, starting with the very first loose stool; a rehydration solution provides the most effective way to do this. brac’s scientists had to figure out how the workers could teach the recipe for the solution. Villagers had no precise measuring implements—spoons were locally made in nonstandard sizes. The leaders considered issuing special measuring spoons with the recipe on the handle. But these would be costly; most people couldn’t read the recipe; and how were the spoons to be replaced when lost? Eventually, the team hit upon using finger measures: a fistful of raw sugar plus a three-finger pinch of salt mixed in half a “seer” of water—a pint measure commonly used by villagers when buying milk and oil. Tests showed that mothers could make this with sufficient accuracy.

Initially, the workers taught up to twenty mothers per day. But monitors visiting the villages a few weeks later found that the quality of teaching suffered on this larger scale, so the workers were restricted to ten households a day. Then a new salary system was devised to pay each worker according to how many of the messages the mothers retained when the monitor followed up. The quality of teaching improved substantially. The field workers soon realized that having the mothers make the solution themselves was more effective than just showing them. The workers began looking for diarrhea cases when they arrived in a village, and treating them to show how effective and safe the remedy was. The scientists also investigated various questions that came up, such as whether clean water was required. (They found that, although boiled water was preferable, contaminated water was better than nothing.)

Early signs were promising. Mothers seemed to retain the key messages. Analysis of their sugar solutions showed that three-quarters made them properly, and just four in a thousand had potentially unsafe salt levels. So brac and the Bangladeshi government took the program nationwide. They hired, trained, and deployed thousands of workers region by region. The effort was, inevitably, imperfect. But, by going door to door through more than seventy-five thousand villages, they showed twelve million families how to save their children.

The program was stunningly successful. Use of oral rehydration therapy skyrocketed. The knowledge became self-propagating. The program had changed the norms.

Coaxing villagers to make the solution with their own hands and explain the messages in their own words, while a trainer observed and guided them, achieved far more than any public-service ad or instructional video could have done. Over time, the changes could be sustained with television and radio, and the growth of demand led to the development of a robust market for manufactured oral rehydration salt packets. Three decades later, national surveys have found that almost ninety per cent of children with severe diarrhea were given the solution. Child deaths from diarrhea plummeted more than eighty per cent between 1980 and 2005.

As other countries adopted Bangladesh’s approach, global diarrheal deaths dropped from five million a year to two million, despite a fifty-per-cent increase in the world’s population during the past three decades. Nonetheless, only a third of children in the developing world receive oral rehydration therapy. Many countries tried to implement at arm’s length, going “low touch,” without sandals on the ground. As a recent study by the Gates Foundation and the University of Washington has documented, those countries have failed almost entirely. People talking to people is still how the world’s standards change. 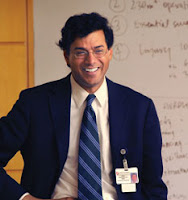 (Dr. Atul Gawande is a surgeon, a writer, and a public-health researcher. He practices general and endocrine surgery at Brigham and Women’s Hospital, in Boston. He is also a professor of surgery at Harvard Medical School and a professor in the Department of Health Policy and Management at the Harvard School of Public Health.
His research work currently focusses on systems innovations to transform safety and performance in surgery, childbirth, and care of the terminally ill. He serves as the lead adviser for the World Health Organization’s Safe Surgery Saves Lives program, and is the founder and chairman of Lifebox, an international not-for-profit that implements systems and technologies to reduce surgical deaths globally.)