(Compilation of news articles from Burmese Blogs and newspapers in July 2014.) 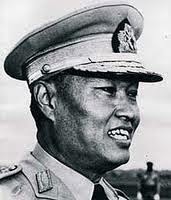 AGD, one of the largest privately-owned banks in Burma, has been founded and solely owned by Burma’s richest man Tay Za and just last Monday he reportedly has agreed to sell sixty percent to the private holding company controlled by three grandsons of late dictator Ne Win.

Three brothers Kyaw Ne Win, Aye Ne Win, and Zwe Ne Win were released from their imprisonment only in 2012 after they were arrested and sentenced to death in 2002 for treason. Their grandfather who had fallen foul with the military junta that replaced him had died under house arrest in 2002. His body was unceremoniously burned and ashes thrown away somewhere no one knows.


Now they are showing their hands by suddenly pouring in more than four billion US$ which they claimed is a friendly interest-free loan from state-owned Chinese investment firm CCOEC (China National Corporation for Overseas Economic Cooperation) into Burma.

Democracy Today:  Out of countless other business opportunities why do you three brothers choose banking?
Aye Ne Win: After our release from prison we’d studied all suitable businesses we could do. And we started in both electricity generation and road transportation which are most crucial businesses for poverty elimination according to our own president’s guidelines. Only then we realised that we need to have a bank to be more effective in doing those businesses. And so we decided to buy a bank. 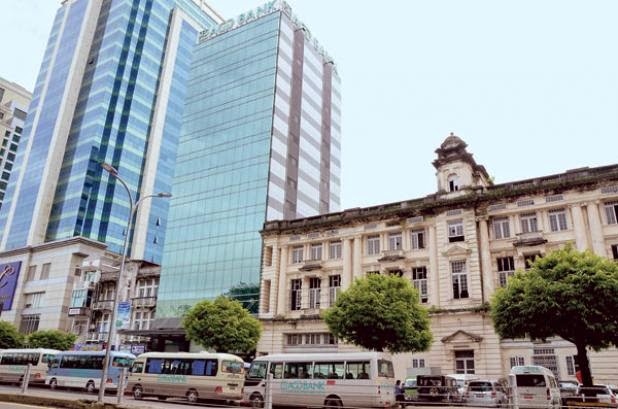 DT: Why do you decide to buy shares in U Tay Za’s AGD Bank? And how good is the relationship between U Tay Za and your own family?
ANW: There are two solid reasons we choose to go for AGD. First is the long connection between U Tay Za and our family and second is the internationally-recognized reputation of AGD bank itself. U Tay Za’s father late Colonel Myint Swe was a trusted officer of our granddad and our families have known each other for more than sixty years since he originally served many years in granddad’s Fourth Burma Rifle and later in establishing the MIS (Military Intelligence Services) and then in BPI (Burma Pharmaceutical Industries) as a senior civil servant. Since AGD Bank itself has been satisfactorily audited regularly by reputable third party like Ernst & Young we have a very good reason to believe in the fundamentals of the bank.


DT: Have you brothers considered the possible downside of joining forces with a person like U Tay Za who has been facing severe economic sanctions and travel restrictions from some western nations like US and UK?
ANW: Yes we did and we found out the sanctions are solely against some persons working at the bank and who had had close relationships with last military government but not against the bank itself as there are no unethical activities concerning AGD Bank. So we reckoned once the senior management is changed because of our involvement the sanction problem will go away itself.

DT: Can you explain us the confusing fact that AGD Bank is still refusing to confirm your statement that you brothers have already bought sixty percent of all AGD shares?
ANW: It’s probably something to do with bank’s hierarchy as some lower managers still do not know the latest development. Just today (July 22) there was a high level meeting at AGD and soon they will release the confirmation of our takeover, I honestly believe. We have already purchased sixty percent and also arranged to raise our holding up to minimum eighty-five percent in next six months. 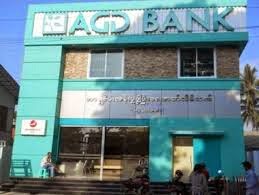 DT: Have you any explanation on widespread public doubt about the cleanliness of your money or where it all suddenly comes from?
ANW: That is quite simple as our money is one hundred percent legit. Since my grandfather’s involvement in running the nation none of our wealth or possessions have been sealed or confiscated or inspected by any authorities domestic or international. None of our family has ever been restricted from travelling or prohibited from entering anywhere in the world. That’s why most of our family’s old friends have been willing and offering to support us in doing business with them once we were released from prison.

DT: What are the future plans for AGD bank once you brothers have completely taken over?
ANW: We will make AGD not just a successful domestic bank but also an internationally successful bank. We have already started that process with very-expensive advisory from internationally-recognized Deloitte Consultants.

“My group including I myself personally now has sixty percent of AGD and our plan is to raise our holding from that sixty percent to eighty percent later,” said proudly Kyaw Ne Win to the Messenger journalist interviewing him. According to insiders the money spent for the purchase was 250 billion kyats (about quarter a billion US$).

Also on July-22 the 7-Day newspaper referring to the official statement made by Wai Lin Oo the Deputy-Executive-Director of AGD Bank stated that only fifteen percent of AGD shares was sold to outsiders including Ne Win’s three grandsons and not a share more.

“The Central Bank’s specific permission was to sell only fifteen percent and that was the amount of shares we sold to outsiders including Kyaw Ne Win,” said Wai Lin Oo. “AGD Bank has more than 600,000 shares outstanding and only 90,000 shares (15% of all shares) were sold as permitted by the Central Bank (Union Bank of Myanmar),” added Wai Lin Oo the AGD’s Deputy-Executive-Director.

He also clarified that out of those 90,000 AGD shares sold only 9,000 shares went to Ne Win’s grandsons while 81,000 shares were sold to the MIKKO Group owned by Yin Htwe, Khin Win Maw, and Thuya Myint. 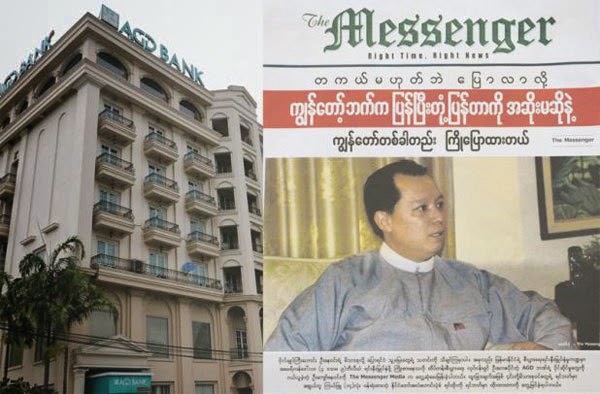 Kyaw Ne Win Said Their Money Was From China

In that interview with Messenger Journal Kyaw Ne Win the eldest of Ne Win’s three grandsons also stated the bewildering fact that most of their money 4.9 billion US$ was provided by China’s State-owned CCOEC (China National Corporation for Overseas Economic Cooperation).

According to Kyaw Ne Win the CCOEC was a company very friendly to his grandfather while he was ruling Burma with an iron-fist and CCOEC apparently owed awful lot to Ne Win. So now they are coming back to help their dear old friend’s dear grandsons.

Kyaw Ne Win also added that CCOEC has given that 4.9 Billion US$ to them to spend in Burma at undisclosed terms and conditions till September 2015 and CCOEC is also willing to give them more money if necessary.

Late general Ne Win the notorious dictator of Burma has been rumoured to have stacked away nearly eleven billion US$ in his secret Swiss accounts being active since early 1960s. From late 1960s to late 1980s Burmese dictator Ne Win had used Burma’s extensive deposit of precious gemstones as his own treasure chest.

He used to openly own (and his family still secretly does) many gemstone shops in Germany and Switzerland and frequently shipped away every year more than half of Burma’s annual production of precious stones like priceless rubies, sapphires, emeralds, and jade to his own shops in Europe for more than twenty years.

There were many self-confessed written stories of Burmese ambassadors to European nations personally carrying their diplomatic bags containing undeclared rubies and sapphires and emeralds and jades worth several million dollars on airline planes to Europe and personally delivering them to Ne Win’s secret European agents and gemstone dealers and brokers.

Britain's Queen Elizabeth's 1973 Tiara Marina crown has 96 priceless and flawless Burmese rubies came directly from Ne Win's shops. Later he claimed the rubies were the present from Burmese people who did not even know the existence of that famous crown at that time.

The mountains of cash from selling those precious stones in the West were then deposited into his secret Swiss bank accounts and accumulated there since. The late dictator also used to own various high-valued properties in Europe’s capital cities like Berlin, Geneva, and Paris. And his family still does.

And everybody in Burma now strongly believes that Ne Win’s grandsons are bringing those illicitly-obtained blood money back into Burma through confidential intermediaries like CCOEC’s Chinese and spending it freely in buying respectable banks like AGD and other cash-producing businesses like electricity generators and distributors. They are just simply laundering their family’s black money into respectable white money, period. 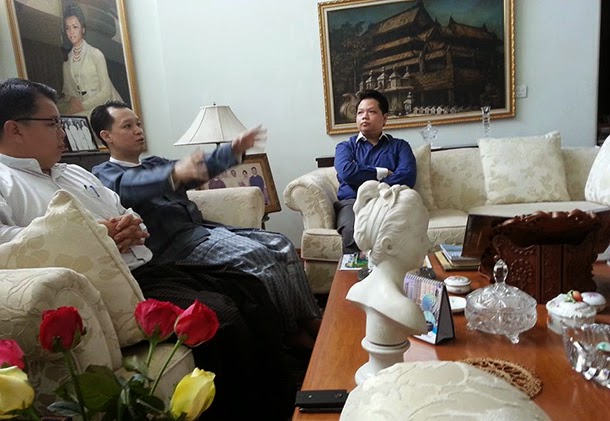 At about 4:30 in the late afternoon of July-25 a senior police officer from Burma Police HQ’s Anti-Money-Laundering Division did announce that they had already been investigating a possible money-laundering case around the highly publicized friendly takeover of AGD Bank.

“Concerning the well-publicised AGD case we have nearly completed police investigation as per our Anti-Money-Laundering Law. Our officers had also extensively interrogated U Ne Win’s family members and if we find illegalities concerning the purchase and the cash behind it we will take stern action as per the law. It all depends upon what the parties involved (Ne Win’s family) can provide to us as the clear proof of their legally-earned or accumulated wealth, nothing else,” commented the unknown senior police officer from Burma Police HQ in Nay Pyi Daw.


It definitely is good for Burmese economy and thus no point in making a fuss about it! 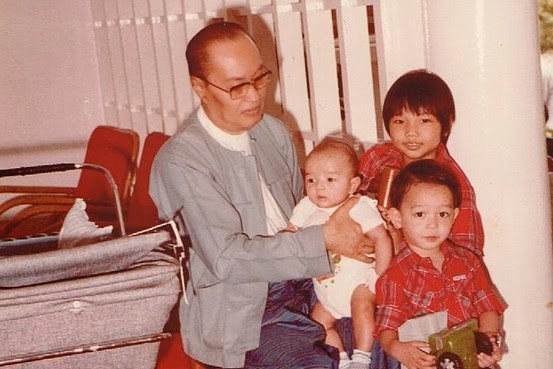 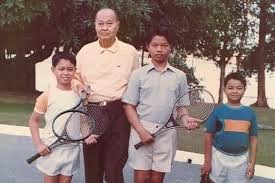