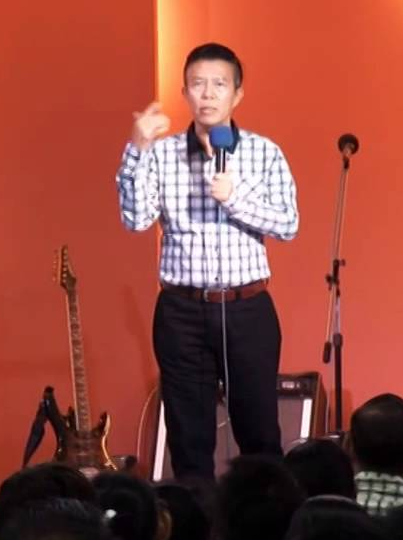 This is the autobiography of my strange or extraordinary life as I recalled it recently. My parents were devout Buddhists and I grew up as a devout Buddhist boy. But I ended up with CPB (Communist party of Burma) in the jungle of North-East Burma after being imprisoned for involving in the student uprisings in late 1970s.

Only when CPB suddenly and unexpectedly imploded in 1991 I became a businessman on the China border and later back in Rangoon and I did start a new life again. To make the long story short, I passed my matriculation in 1974 and got admitted into famous RIT (Rangoon Institute of Technology).

As the only son my parents really wanted me to become an educated one. My original aim too was to study hard at RIT, become a graduate engineer, and get a high-paying job in a foreign country like Singapore or Australia like many of RIT graduate engineers have been doing for years now. But everything changed after that infamous U Thant Uprising in December 1974.


I, A Revolutionary Student

Very soon after I got into RIT the Labour Uprising broke out in June 1974. Then in December 1974 U Thant Uprising followed. After U Thant’s death former UN General Secretary’s body was brought back to Rangoon and kept at Kyaik-ka-san Ground before the burial at Kyandaw Cemetery.

We university students then grabbed U Thant’s heavy metal-casket, brought back into Rangoon University’s Campus, built the temporary tomb at the still-vacant site of General Ne Win-destroyed Student Union Building, and buried U Thant there.

I was young and though I didn’t know much about politics back then I cheerfully followed the student crowd and participated in the Uprising. After Ne Win’s thugs invaded Rangoon University campus and took away U Thant’s casket in the bloody raid all universities were closed for nearly six months. I was happy.

And I eventually became a Communist and joined CPB’s UG (Under Ground). I’d lost my faith and abandoned my religion and the sad result was that I couldn’t even sit down with my deeply-religious father at the meals at our home.

Then in 1978 I was arrested by MIS (Military Intelligence Service) and sent to notorious Insein Prison while I was a fourth-year mechanical engineering student at RIT. After two years in Insein they let me go but kicked me out of RIT for good.

I had nowhere else to go and nothing else meaningful to do but joining CPB guerrillas in the jungle. I had become a Communist insurgent (Tha-Bone) in the jungles of North-Eastern Burma in early 1980.

I, A Communist Insurgent

I became part of the Student Army with CPB on the North-Eastern border. I initially dreamt to be an educated person, but that dream was over as I was a student politician and then a revolutionary and finally an armed-insurgent. But I had no regrets and remorse for what I had done thus far.

Jungle was tough and we had to do a lot of 3-to-4 day marches. We students were about 300 strong and as I had some education especially science and mathematics as an engineering student they picked me for training at Artillery Unit. After the training I was posted into 120-mm Artillery Unit of CPB’s Engineering & Heavy Weapon Corps.

Our Artillery was extremely powerful against Burmese Army as Communist China then was helping our CPB with abundant resources. We were taking massive positions at Si-Si-Wan-Tar-Pan in the Muse-Kyukoke region by the Chinese border.

In 1987 CPB staged a massive surprise offensive and captured hills 1,2,3,4, and 5 as the devastated Burmese Army withdrew back. But they regathered and launched a gigantic counter-offensive operation against our positions. Burma Army basically threw its light-infantry-divisions 33rd, 77th, and 99th at us and suffered enormous casualties.

Every day, I still remembered, five jet planes of Burma-Air-Force attacked our hills one after another.  The air-force planes constantly strafed our positions with machine-guns and bombed us with napalm devices. Like watching a war-movie we could watch from our own hill the punishing air-raids of our other hills.

Once their machine-gun bullets landed at about an-arm-length away from the huge stockpile of artillery shells on our hill. We were really lucky as a direct-hit would blow us away to hell or heaven whatever.  So I didn’t die there and even managed to return fire at Burmese Army’s attackers with hundreds of rounds from our four 120-mm artillery guns.

In our unit there were more than 500 ethnic Wa soldiers and I was the only Burmese among them bloody Wa. All students who took the jungle to join CPB were scattered all over the region and we hardly had chance to see or talk to each other.

CPB’s North-eastern Special War Region was a giant war-operation involving three Bureaus with more than 50,000 men reaching down to the Karen State in Lower Burma. But most of the men were not Burmese but ethnic nationals mainly Wa, Kachin, Kokang, and Shans. And some Chinese nationals too. I was by then married to a Chinese woman and during those big battles she went back to China and delivered our eldest daughter there.
CPB’s Sudden Collapse and My New Life as Businessman

In 1991 without really expecting it our CPB, though such a huge and historical organization, suddenly imploded. All the armed ethnic groups inside CPB had split and individually signed their own peace agreements with Burmese Army and managed to squeeze out Burmese Army’s permission to rule their own little ethnic-enclaves as their own fifedoms.

Within a short period of one month all Burmese Leaders and cadres of CPB, about sixty of them old men, had to flee back to China where they had been given permanent sanctuary by Chinese Communists.

Once the CPB's new headquarters was established back inside China I was in such confusion that I didn’t even know what to decide for a while. I could either stay with ethnic armies like UWSA or follow the Burmese leaders fleeing into China?

By then the Chinese border region of Htain-Chan was going through a business boom because of sudden peace on the border and accompanying trade opportunities between Burma and China. So I decided to stay on the border and started a tea shop in Shweli (Ruili) Town on the border.

I also started a gemstone and jade dealing business there. My shop was called “Joy” and it was a very successful business. In late 1990s my mother passed away and I got a twenty-two days permit to come back to Rangoon.

Failure of My Wealthy Life

I was a miserable failure in both politics and warfare but a great success in business. But once money started flowing in the expensive pleasures also came together. By then the meaning of my life was just to make more and more money and also to spend as much as I could as I started in believing that life was short and I should chase happiness by enjoying the bodily pleasures.

Soon I was spending my nights till daylights at nightclubs and karaoke-bars. Except No-4 Heroin I managed to indulge in every illicit drug available in Rangoon. Chasing prostitutes and having so many mistresses so often eventually caused my Chinese wife to abandon me and go back to China with our children.

So I divorced her and very soon married the second wife. She was a young Kachin woman and a devout Christian and she eventually changed my life back to goodness. She kept on saying to me that she was so afraid that I would finally die without knowing the true God. It would be the waste of my valuable life, she kept on reminding me.

At first I didn’t really understand her serious words but I began to give serious attention to what she had been saying to me after all.

Rebirth of Me: I, A Born-again Christian

After our six years of marriage one day I followed her attending a mass at Kachin Baptist Church on Myay-ni-gone’s Ma-Po Road. Being among Christians was totally different from my Buddhist days when I was growing up in a devout Buddhist household.

There were a lot of happy singings and delightful greetings among Christians at my wife’s church and I finally gained peace and tranquillity by regularly attending the church as I slowly became a Christian sympathizer. Finally in December 2007 Antie Bout the Church Secretary sort of told me that she had put down my name in the coming Baptism list. I didn’t say anything back to her then.

To covert to another religion at the later part of one’s life is always a difficult decision for one and it put a lot of serious and difficult thoughts in my head? But the conversion for me was easier as both my Buddhist parents had passed away many years ago.

I also understand more of Christianity after two days of intensely studying Bible’s Baptism at the church. My Baptism was done in the swimming pool at film-director Zaw K Ko’s house. After my baptism the Parish Reverend said to me that my name now is with Jesus Christ in the Heaven. When I heard that I felt like I myself was already in the Heaven.

Since then I strongly decided that from now on I would live a decent Christian life and stop doing all the bad things I had been doing till then. In 2008 right after the devastating storm Nagis I volunteered extensively for many months in the storm-affected Delta. 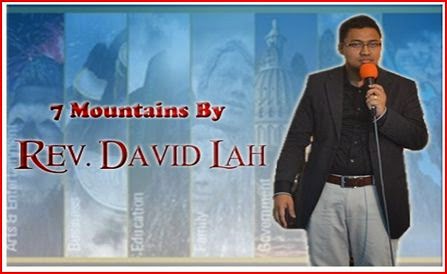 I’d even brought back many homeless Christians back to Rangoon and employed them in my soft-drink factory. They also started a small parish just beside my factory. I have also been reading and studying more of Bible and doing more evangelical works all over Burma.

Right now I am in Singapore witnessing at this ceremony together with Reverend David Lah. Before I even met Saya David Lah I had listened to so many of his preaching-tapes. One particular teaching I felt that I was touched by his preaching was the example of people who ate their delicious meal without removing a droplet of shit even though they could have removed it when the shit dropped into their good meal.

The example for me was that I could let myself relapse by going to Karaoke-bar once and once only by thinking that just one trip would not damage my good deeds. But just once is enough as I shouldn’t be doing it at all.

Our Jesus is the true God devoting permanently till the end of this world. And I a God-less Communist warrior roaming the jungles before has been deeply embraced and welcomed into the family of devout Christian Kachins. I have found the true happiness in Jesus Christ and Holy Spirit since I decided to live the rest of my life as a Christian.

Now I know he became a Communist, then surrendered to the army, and now a capitalist and entrepreneur and a Christian convert. I've been seeing his photos in many RIT reunions. Last one was in "1974-80 RIT Reunion" which basically is my RIT batch even though I started in 1972. What a strange life? I hope he still remember me from our RIT days. This is the direct translation of his short auto-biography.)