Will Aung San Suu Kyi Ever Be Burma’s President?

(Andrew Selth’s article from the LOWY INSTITUTE’s INTERPRETER on 30 June 2014.)

The answer on both occasions was that such an outcome was far from certain. Powerful forces in Burma were working hard to prevent it. Few informed observers were optimistic about her future. Since then, the odds on the charismatic opposition leader becoming president have lengthened considerably.

When writing about Burma, it is always prudent to begin by saying that its internal affairs are difficult to read, and the country has always had the capacity to surprise. That said, there have been increasing signs that a decision has been made to extend the period of 'disciplined democracy' beyond President Thein Sein's term, and that steps are being taken to ensure that Aung San Suu Kyi cannot contest the presidency after the 2015 general elections.


After a mixed civilian-military government was formed in 2011, Aung San Suu Kyi seemed to feel that her best interests, and those of her party, lay in a compromise with Thein Sein, whose ambitious reform program she publicly endorsed. She also tried to get closer to the armed forces (Tatmadaw) in an apparent attempt to reassure its leaders that she did not pose a threat to their institutional or personal interests.

Since then, however, Aung San Suu Kyi has clearly become disillusioned with Thein Sein and the slow pace of political reform. She has also failed to weaken the armed forces' commitment to a gradual, controlled, top-down transition to a more democratic system. This seems to have prompted her discussions with power brokers like Shwe Mann, the speaker of the parliament's lower house, in what was probably an attempt to outflank her opponents.

At the same time, she increased her efforts to persuade other countries to put pressure on Naypyidaw. She warned world leaders (including Australia's prime minister) not to get too comfortable in dealing with Burma's current government. She also sought their help in getting the 2008 constitution amended to remove those provisions enshrining the Tatmadaw's special place in national politics and preventing her from becoming president.

Yet, over the past six months, the president and Tatmadaw commander-in-chief have reiterated their commitment to the 2008 constitution and to a 'disciplined democracy'. Both have hinted that they favour another five-year term under a former general. And on 13 June a parliamentary committee dominated by pro-government members voted against amending the clause of the constitution which bars from the presidency anyone (like Aung San Suu Kyi) whose family has foreign ties.

As Larry Jagan has observed, Aung San Suu Kyi now seems convinced that an accommodation with the Government and armed forces is no longer possible. With the system stacked so heavily against her, she has few options, but she is already pursuing two lines of attack. Both carry considerable risks and neither guarantees success. Indeed, they could prove counter-productive, and bring about the opposite results to those she desires.

Aung San Suu Kyi is trying to use her prestige and popularity to increase pressure on the government in Naypyidaw. Constitutional reform is not as high a priority for most Burmese as the provision of basic services, but she has launched a nation-wide campaign aimed at winning support for constitutional amendments. She is organising public meetings and widening her message to challenge the Tatmadaw's guaranteed allocation of 25% of all parliamentary seats.

Secondly, she is once again seeking help from the international community. She is downplaying her presidential ambitions and expressing her concerns in terms of genuine democratic elections and the removal of sectoral interests, as enshrined in the constitution. This seems to reflect recognition that support for such broad principles is easier for foreign governments than interventions in Burma's domestic politics on behalf of an individual.


A possible third approach is for Aung San Suu Kyi to reach out again to figures like Shwe Mann, or other parties and groups, including the ethnic communities. There have long been rumours of deals which could help Aung San Suu Kyi achieve her personal and party goals. However, Burmese politics is notoriously volatile and such arrangements rarely last long. Also, Shwe Mann is himself a presidential hopeful.

In any case, the armed forces remain the ultimate arbiters of power in Burma. They have stepped back from day-to-day government and allowed other institutions to develop. However, thanks to the 2008 constitution and the appointment of military officers to key positions, the Tatmadaw still effectively controls the government and parliament. It also commands the state's coercive apparatus, including the police and intelligence agencies.

Aung San Suu Kyi's confrontational approach already worries the armed forces. Appeals to the Tatmadaw's rank and file for support, and calls for foreign governments to put greater pressure on Naypyidaw, are likely to confirm the doubts already held by the generals about her readiness to preserve the country's stability, unity and sovereignty — the three 'national causes' to which the armed forces remain deeply committed.

Having chosen to permit a more open political and economic system to develop, the Tatmadaw seems determined to retain control over the process. It is not backing away from the goal of a more modern, prosperous and respected country. However, it does not yet seem ready to put its trust in an inexperienced civilian politician, backed by a fractious party, to manage developments in a way that safeguards Burma's national interests, as it sees them.

This impasse poses real dangers for Burma. Civil unrest in support of an Aung Suu Kyi presidential bid would threaten Burma's already precarious internal stability and make the implementation of reforms even more difficult. Naypyidaw is more sensitive to domestic and international opinion than before 2011, but it would not hesitate to send in the police and the army if protests became too disruptive. It could even declare an emergency.

Continued refusal to lift restrictions on Aung San Suu Kyi's presidential candidacy, or tough action against protesters seeking a genuine democracy in Burma, would strengthen the hand of those activists and sceptics who were never convinced of Naypyidaw's commitment to change. They are already trying to wind back the level of engagement by countries like the US and UK, citing continued human rights abuses and the failure of many promised reforms to materialise.


Yet, an over-reaction by Western countries, such as the imposition of unrealistic benchmarks or even a return to sanctions, would help hardliners within the Tatmadaw to claim that such fair-weather friends cannot be trusted. It could result not just in a slower pace of reform, but a greater reliance by Naypyidaw on countries like China, whose interests in Burma are less aligned with the democratic opposition movement and many in the international community.

(Blogger's Notes: My answer to this question "Will ASSK ever be Burma's president?" is no, nein, nada, not a chance. As long as the Nationalist-Buddhist monks are against her political ideology -- Muslim-appeasing Socialist stance exactly in line with US's Barack Hussein Obama's -- she will never become Burma's president.) 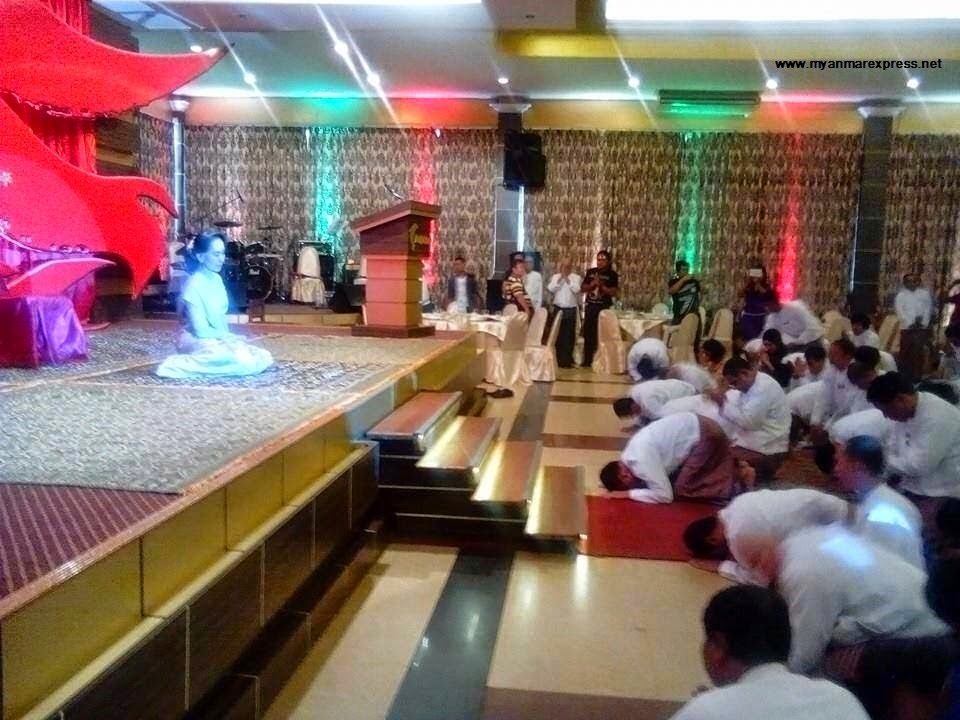 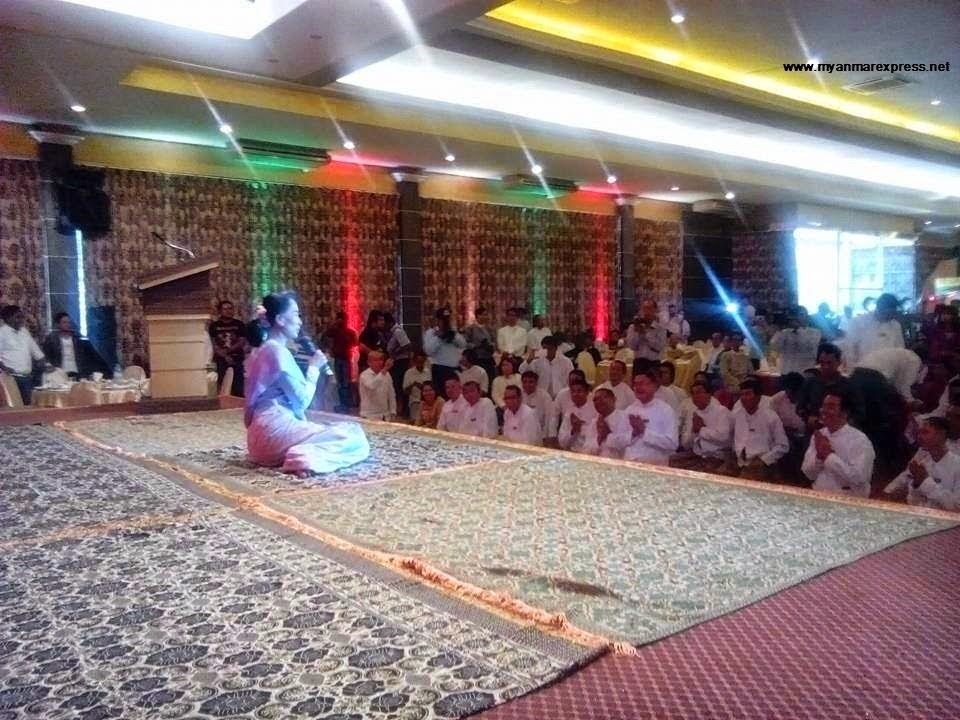 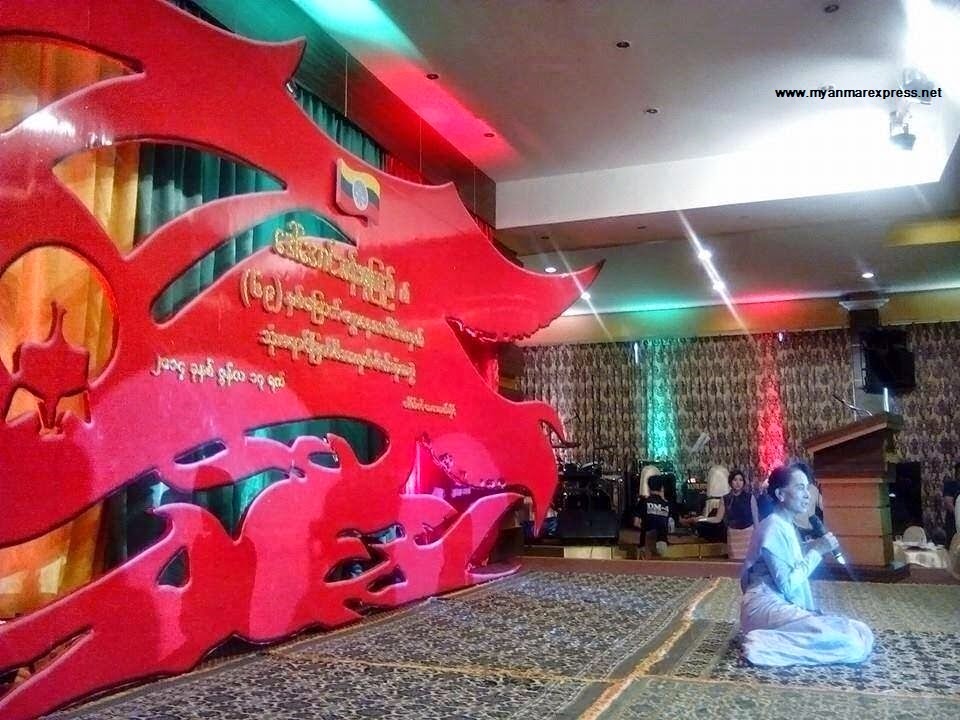