(Compilation of news articles direct from the GLOBAL CEMENT NEWS in March 2014.) 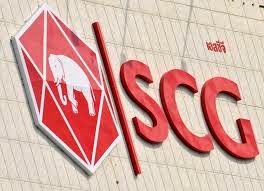 Myanmar: Thailand's Siam Cement Group (SCG) aims to produce nearly 2Mt/yr of cement at its new plant in Myanmar once the US$400m plant starts operations in 2016.

"Our new plant in the country is expected to produce 5000t/day, which is about 2Mt/yr," said Chana Poomee, country director of SCG in Myanmar. "We see a lot of potential in Myanmar because we consider it an ASEAN 'mid-land.' There are very good opportunities here. We believe in the future of Myanmar, so we've decided to invest," he said.

He noted that construction had progressed well, with full support from the government and Mon State. A new 20km road is being constructed while the company repairs many roads in the state.


The SCG country director also emphasised that the company had launched a number of corporate social responsibility (CSR) activities to improve the lives of people in Myanmar, which include public health and medical programmes, educational support for students and community-building activities.

The firm's CSR activities also include building new schools near the plant, mobile clinics that will provide medical services to the people and renovation of pagodas in Mon State.

"We hope to be able to improve the livelihoods of people in Myanmar through economic, social and environmental development, just as SCG is doing in the other markets that it operates in," Chana said.

He added that the local residents were satisfied with the implementation of the new cement plant. "It took a long time for us to discuss the project with the government and the people. I am sure the local people will be satisfied with our plant thanks to our community-building programmes, which will be beneficial to all of them," said Chana.

In recent months, the firm has begun engaging with the communities around the plant site to inform them about the planned developments. "We will introduce environmentally friendly technology such as waste-heat power generation and greenhouse-gas reduction. It may be better than our plant in Thailand because of the up-to-date technology that will be used in this plant," Chana said.

Siam Cement Group (SCG) announced in September 2013 that it would build a 1.8Mt/yr greenfield cement plant costing US$386m in Mawlamyine, Myanmar. The plant would include a 40MW captive power plant, a 9MW waste heat recovery system, supporting port facilities and other infrastructures for future expansion.

"The Myanmar cement market is estimated at approximately 4Mt in the 2012 financial year and is forecasted to grow at 10%/yr over the next five years," said president and CEO of SCG, Kan Trakulhoon. Built under Myanmar's Foreign Investment Law, the cement plant is expected to start in mid-2016. 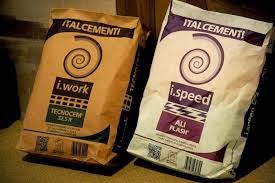 Myanmar: Italcementi is considering entering the Myanmar market in the next few years, its chief executive has said. Carlo Pesenti said that the Italy–based international cement producer was negotiating with a local partner in Myanmar and studying the country's foreign investment law, in an interview with The Nation.

Italcementi is already active in Southeast Asia through its Jalaprathan Cement and Asia Cement subsidiaries in Thailand. In 2013 the country helped shore-up Italcementi's annual results with a rise in turnover of 18.1% year-on-year to Euro269m and earnings before interest, taxes, depreciation and amortisation (EBITDA) rose by 58.8% to Euro51.5m. Italcementi Thai cement shipments increased by 13.8% as an additional kiln was brought back on-stream. 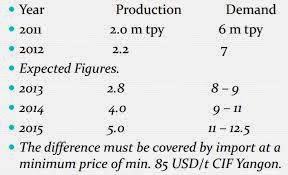 "We started shipments in January 2014 to Myanmar of about 10,000 - 12,000t. It is not very remunerative, but when the chips are down, we have to do something to stay afloat," said Vipin Agarwal, CEO-south, Dalmia Cements.

He added that producers make 'token' profits from this market but hope it will become profitable in the future. Dalmia transports its cement from Dalmiapuram in central Tamil Nadu to Tuticorin port for subsequent export. Ramco Cements also starting trialling cement exports to Myanmar in mid-2013, having shipped around 40,000t so far.

Agarwal said that demand in south India has continued to fall with growth in Karnataka, no change in Kerala and decreases in Tamil Nadu and Andhra Pradesh. Cement producers in the region are operating at 55% of their rated cement production capacities. Myanmar is the second export market that cement producers are testing, after Sri Lanka.

Myanmar: Indonesia's largest cement producer PT Semen Indonesia, formerly Semen Gresik, announced in March 2013 that it would build a US$200m cement plant in Myanmar early in 2014 as part of its expansion into the Southeast Asian market.

The company might pitch about US$70m for the plant, which it would set up with its Myanmar partners, as it aimed to control about a 40% stake in the planned joint venture, said president director Dwi Soetjipto in a press event reported by the Jakarta Post.

The construction of the cement plant, designated with a capacity of 1Mt/yr, is scheduled to start in early 2014, while operations are expected to begin in 2017. Based on the firm's plan, the new plant would serve the Myanmar market and neighbouring countries like Thailand and Bangladesh.

At home in Indonesia, Semen Indonesia was also preparing for capacity upgrades with the construction of cement plants in Rembang, Central Java and Padang, West Sumatra, both with production capacities of over 2.5Mt/yr.

In 2013 the firm targeted a domestic market share of up to 44%, up from 41% in 2012, supported by increased output to around 27Mt from 22.6Mt in 2012, according to Dwi. The overall domestic cement market was estimated to increase by more than 10% to 6Mt in 2013, according to the Indonesian Cement Association.

There has been an interesting knock-on effect from further economic integration of the Association of Southeast Asian Nations (ASEAN) this week.

Holcim Philippines may delay the construction of a 2.5Mt/yr cement plant in Bulacan province due to a drop in import tariffs in 2015. Vietnam and Indonesia were named as possible sources of clinker due to their excess capacity.

In total the ASEAN countries have a production capacity of around 220Mt/yr for a population of about 600m with national gross domestic products (GDP) per capita ranging from US$900 (Laos) to US$52,000 (Singapore).

One scenario for cement producers in the ASEAN countries is that they might be swamped by exports from places like Vietnam. That country had a production capacity of 73Mt/yr in 2013 with cement sales predicted to rise to 63Mt in 2014. Assuming the government released figures are correct, that leaves at least a 10Mt of cement production-sales gap that could torpedo a neighbouring country's cement industry in the free trade area.

Indonesia, the other potential source of clinker that Holcim Philippines mentioned, has seen construction growth slow and production capacity grow. Holcim reported in its nine-month report in November 2013 that, while national cement sales had risen by 5.3% to 41.6Mt, supply capacity had risen by 9% to 59Mt/yr. Assuming equal sales distribution throughout this suggests a capacity gap of 4Mt.

Some politicians in the region have complained that impending free trade area will create winners and losers. At a recent ASEAN meeting in Yangon, Myanmar a Myanmar planning minister raised the issue of a development gap within the ASEAN region calling for renegotiation for countries like Myanmar, Cambodia and Laos.

Meanwhile both the cement industries in Vietnam and Indonesia have clearly anticipated the implications of the ASEAN Economic Community. The Vietnam National Cement Association expects to remain competitive within the ASEAN region and against Chinese imports after 2015.


In Indonesia State Enterprises Minister Dahlan Iskan stated this week that the cement industry was ready for the ASEAN Economic Community thanks to the government's strategy to consolidate its major cement producers within one company, Semen Indonesia. Consistent cement industry growth in South East Asia may be about to change. 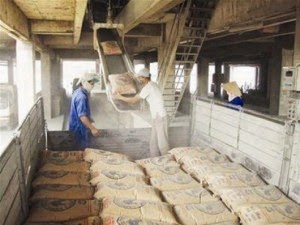 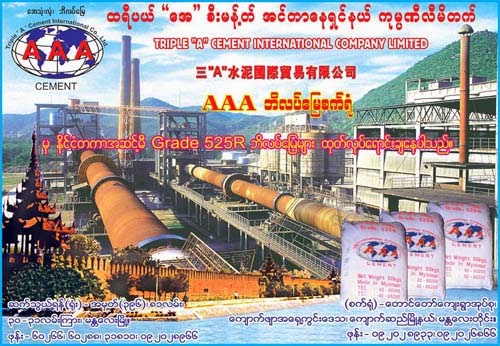