(Compilation of various posts from Myanmar Express & Opposite Eyes in July 2014.)

So-called Muslim Media in Burma is a large scale propaganda machine financed heavily and solely by Multinational-Muslim-Mafia OIC to rapidly achieve the Islamization of Burma. It comprises a few prominent print journals like “Moon-Te-Nay” or Midday Sun and a few internet and video-broadcasting outfits like “Ka-Mar-Yut Media”.

OIC’s aim basically is, believe it or not, to incite Burmese Buddhists to commit large scale genocide against the Bengali-Muslims or so-called Rohingyas in Burma and then using that genocide as a reason to bring in international forces to secede Arakan from Burma and join  Islamic Bangladesh.

OIC and International Islamists-appeasers like US President Barack Hussein Obama are willing to sacrifice a million Bengali-Muslims in Burma for their bigger goal of claiming the rich land and sea of Burma as part of their ever expanding Islamist Caliphate.

Just recently in June the infamous Special Branch (SB) in Rangoon started summoning and interviewing some media organizations on the issue of their financial standings. The SB has mostly interrogated the Chief-Editors of most weekly and monthly print-journals and forced them to open their books.

“This very questionable act from SB is quite a reminder of horribly repressive acts committed by MIS (now-defunct Military Intelligence Services) against us print-media during last military dictatorships,” commented bitterly Kyaw Min Swe the Chief-Editor of The Voice Newspaper and also the Secretary of Burma’s Media Council (Interim).

Following was what Than Htaik Thu the Chief-Editor of Myanmar Post News-journal whose financial dealings were also closely investigated by the SB said of his encounter with SB.

“Maybe what SB is really looking for is the evidence of money laundering through media operations. We should even welcome their investigations if they are really sincere about forcing media to be true on their financial standings. For instance some print journals now are selling 300 Kyats a piece while their real cost is 500 Kyats a piece. Some print journals evidently have been in business just to turn their illicitly-earned black money into white money.”

President’s official spokesperson and Deputy Information Minister Ye Htut also commented that there is no direct order from the Union Government to the SB to investigate media organizations.

“It could directly be related to one of their specific cases and I shouldn’t comment on that. As far as I know there also are other law-enforcement agencies investigating money-laundering. So it doesn’t really matter whether SB is targeting individuals or organizations like newspapers and journals. Anyone or any organization involving in money laundering will be dealt with according to our existing laws,” added Deputy Information Minister Colonel Ye Htut.

But when SB finally commented (unofficially of course) on the matter it basically shocked the nation. SB said they were investigating the behind-the-scene clandestine involvement of OIC and other Islamic countries like Qatar and Saudi Arabia in Burma’s so-called Muslim Media.

Burma Police’s Special Branch On The Tail of Muslim Media

Following was what a person familiar with SB’s senior leadership said of SB’s recent investigation of illicit money flowing from foreign Islamist organizations into the media businesses owned by Bengali-Muslims in Burma. 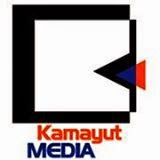 “What SB wants mainly is to discover the extent of Islamic Banking in our country. How much of that Islamists’ black money is flowing into Burma and what is the mechanism of that money flow. And SB also wants to find out what Bengali-Muslims have been doing with that black money which is quite substantial.

We now have religion-based Islamist journal like “Moon-Te-Nay” and also Muslim-owned “Kamaryut Media” actively promoting Islam extensively online. And they are all part of Bengali Media Campaign executed by the Bengali-Muslims. We must know who really are behind the Muslim Media organizations.”

At about 4:30 am on July-8 Moon-Te-Nay’s Chief-Editor Sai Aung paid a visit to his office after he was informed that the policemen from SB were at his office. According to a family member Sai Aung came back home together with six SB men at about 6 am that morning.

“The SB men then thoroughly searched the whole house and took away yet-to-be-published scripts and also Sai Aung’s Laptop,” said the family member. The Moon-Te-Nay Journal later confirmed that the rest of their editorial team Editor Win Tin and Editor Ye Min Aung were also picked up from their respective houses that early morning by the SB men.

The rumours circulating in Rangoon are that the main reason for the arrest of Moon-Te-Nay Journal’s editorial team was something to do with their disturbingly provocative headline of the formation of an interim government headed by Aung San Suu Kyi and elected by the people of Burma in Moon-Te-Nay’s July-11 Issue released very early on July-7 during the devastating anti-Muslim race riots in Mandalay.

Many people in the government believe that Monn-Te-Nay’s news piece was Bengali-Muslims’ deliberate attempt to destabilize Burma and incite more devastating race riots.

That false and misleading headline of Moon-Te-Nay on July-8 detailing Aung San Suu Kyi’s formation of an Interim Government in Burma during Mandalay race riots has basically shocked the observers of Burma’s politics and all Burma’s political parties.

Moon-Te-Nay Journal also published an issue with the large headline “British Army Helping Aung San Suu Kyi To Become Burma’s President” on last February-21. It was so disgustingly outrageous that even ASSK’s party NLD had demanded the Journal to apologise for its false news and also threatened the Journal with legal action.

Muslim-owned and OIC-financed Moon-Te-Nay Journal has been abruptly shut down on July-10 after its whole editorial team was arrested by Burma Police’s Special Branch on July-8 and later charged in accordance with Public Emergency Act (1950) at Panbedan Police Station in Downtown Rangoon.


Three Bengali-Muslim editors arrested and charged are Chief-Editor Sai Aung and editors Win Tin and Ye Min Aung. All three are being accused as trying to create public distrust in Union Government and disturb public peace and order.
Posted by Hla Oo at 5:40 AM