On Seven July one of most prominent Burmese-Buddhist activists working in Malaysia was brutally murdered by the Bengali-Muslims hell bent on killing off all Burmese and Yakhine Buddhists living in Malaysia.

He had been particularly active in helping many undocumented Burmese-Buddhist workers to go back home to Burma by various underground routes known as “Out-Lan” by boat on sea or by foot through jungle borderland.

He even brought in his own mother seventy-four year old Daw Myin Myint Win to Malaysia’s Penang Island so that she could help Burmese-Buddhist community especially many Burmese-Buddhist monks doing religious work there.


She was so active and very well-known among Buddhists not just Burmese and Yakhine from Burma but also among local Malaysian-Buddhists she was affectionately called as “Mae-daw-gyi” the-great-mother by almost every Buddhist in Penang.

Tony was so extremely well known in Penang that the evil Bengali-Muslims in Malaysia has been constantly sending him death threats by phone messages till seven-July his last day alive. But our Tony was extremely brave and also he had a strong believe that since what he’d been doing there was just helping others no man or woman would hate him enough to harm him.

Did Malaysian Police Cover Up Tony’s Brutal Murder As Usual?

That day at about Seven in the night of seven-July Tony was preparing to make a short trip to nearby Butterworth in Malaysia mainland. But his wife Ti Ti Sein was worried dead, for a late night trip in Malaysia nowadays is deemed extremely dangerous in basically lawless Malaysia ran by Islamists.

“Please don’t make this night trip, Tony. I had bad dreams last night and right now my mind is heavy with worries. This business is not that urgent to make this night trip and you can go tomorrow,” Ti Ti Sein tried to talk her beloved husband to postpone the trip, but to no avail as Tony was stubborn himself as usual.

“Listen, you don’t need to worry and you know me very well. I’ve never done any bad thing towards anyone and I’ve helped everyone I know as much as I can. So I don’t think I have any serious enemy and I have to go when I need to go, Okay,” said Tony calmly to his wife, picked up his travelling bag, got into his Toyota Avanza and drove away together with his Burmese-Buddhist driver sitting beside him.

Early morning next day at about 1:30 in eight-July his driver phoned home and delivered the most horrible news that his boss Tony was killed last night. He was calling from a police station in Butterworth as somehow he was in Malaysian police’s custody.

Tony’s immediate family and close friends then drove to Butterworth Morgue and police there released Tony’s severely-mutilated body to them without any autopsy or investigation. And later same day his driver the only eyewitness to Tony’s brutal murder was immediately deported back to Burma.

Tony was viciously stabbed multiple times to death and his head was nearly decapitated and his right hand was completely cut off for some bizarre Islamic reason. So far Malaysian police has not taken any step to investigate the murder.

Myo Paing a close associate of Tony was murdered by the evil Bengali-Muslims at about eight in the late night of nine-July in Puchong’s Manchuchaing in Malaysia. Myo Paing himself was at the July-9 funeral of Tony in Penang and now he himself was murdered in the apparent chain of murders to eliminate most famous Burmese-Buddhist leaders in Malaysia.

As a timely and appropriate response to the murders of two prominent Burmese-Buddhist leaders apparently by evil Bengali-Muslims the Burmese Embassy in Malaysia has issued a public alert on July-10. Burmese ambassador and Burmese military attaché had both urgently visited Malaysian Foreign Ministry and Interior Ministry to demand necessary security measures to protect Burmese nationals living in Malaysia. 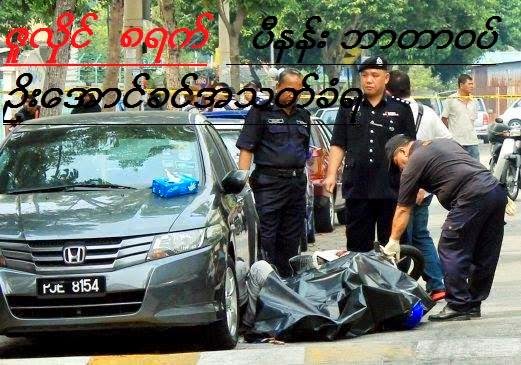 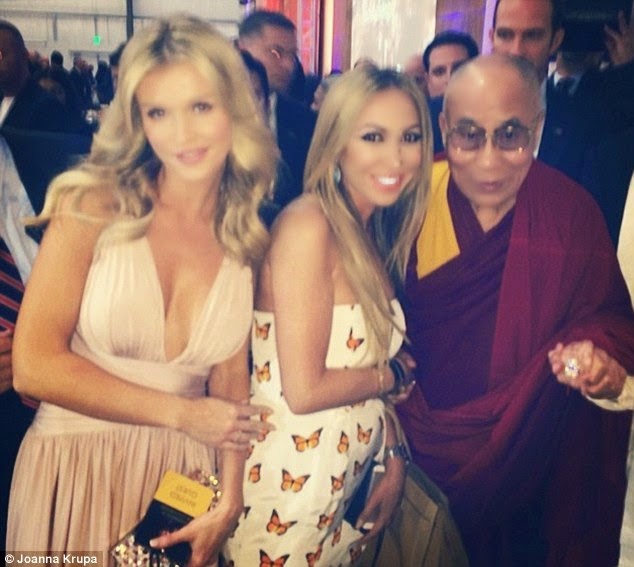 But the world most famous Buddhist Dalai Lama who was so incredibly quick in condemning Burmese Buddhists whenever anti-Muslim riots broke out in Burma is now playing deaf and dumb when Burmese-Buddhists are brutally murdered by Bengali-Muslims in Islamist Malaysia.