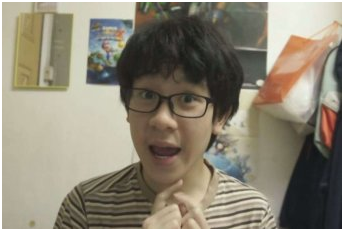 A Singaporean teenager arrested for posting an expletive-laden YouTube video attacking the country's late founding leader Lee Kuan Yew and Christianity has faced court. Amos Yee, 16, smiled and fidgeted as his charges were read to him in a district court.
He was charged with three separate counts, including one for actions that have the "deliberate intention of wounding the religious or racial feelings of any person". He was also charged with putting into circulation an obscene object, as well as for threatening, abusive or insulting communication under the city-state's newly enacted Protection from Harassment Act.
In an eight-minute video titled Lee Kuan Yew is finally dead, Yee launched a scathing attack on the 91-year-old political patriarch who was cremated after a state funeral on Sunday. In the video, Yee, who was arrested on Sunday, also likened the city-state's first prime minister to Jesus as he launched a tirade against Christianity.


If found guilty of the charges, he could face jail time of up to three years and fines of up to $4,800. Yee appeared in court accompanied by his parents. Outside the court, his father told reporters he wanted to apologise to prime minister Lee Hsien Loong, Lee Kuan Yew's son.

Bail was set at $19,050, and deputy public prosecutor Hon Yi asked that Yee agree not to upload or distribute any comment or content while the case was being heard. A pre-trial conference has been set for April 17.


Police said they had "received more than 20 reports regarding an online video that contained, in part, insensitive and disparaging remarks against Christians". The YouTube video clip Yee appeared in was viewed hundreds of thousands of times before it was taken down.

"Lee Kuan Yew was a horrible person ... everyone is scared, everyone is afraid that if they say something like that they might get into trouble," Yee said in the video. He also challenged the prime minister, Mr Lee, to sue him.

The video has been taken down from Yee's YouTube page but others have reproduced it in part or in full. Deputy police commissioner Tan Chye Hee said police took a stern view of acts that could "threaten religious harmony" in Singapore.

"Any person who uploads offensive content online with deliberate intention of wounding the religious or racial feelings of any person will be firmly dealt with in accordance with the law," he said in a statement. Yee's case has reignited concerns about censorship and social controls in the Asian financial hub and drew criticism from an international media freedom watchdog.

Lee, credited with laying the foundations for Singapore's prosperity as prime minister from 1959 to 1990, was given a hero's send-off on Sunday, with more than 100,000 people lining the streets for his casket's final procession despite torrential rain.

He was revered by citizens for Singapore's prosperity and social stability but also criticised by rights groups for entrenching a system that called for one dominant political party, the muzzling of the press and curbing political liberties including free speech.

Some Singaporeans who openly questioned Lee's record and scoffed at the emotional reaction of many to his death have been attacked in social media by his supporters. The government says 454,687 people — in a nation with just 3.34 million citizens — had paid their last respects to Lee before his public wake ended in parliament on Saturday.