The government of Myanmar has hired lobbyists in Washington for the first time in more than a decade, signing a contract worth $840,000 with the Podesta Group. Myanmar, also known as Burma, has had a tumultuous history, with colonization giving way to years of military rule. The country is in the midst of political reforms spurred in 2010 that were intended to move the country toward democracy.

The contract comes ahead of crucial elections in the country later this year that could go a long way toward determining whether the country’s rapprochement with the United States continues. “The breadth of the transition that’s going on in the country is so wide and so deep that it’s having a lot of unintended consequences in the country and in the society,” said Priscilla Clapp, a U.S. envoy to Burma from 1999 to 2002. She served as the diplomatic liaison during what she calls “the bad old days,” the “deep military days.”

“I suspect that this is some of the reason the embassy would want to have a very highly reputable, politically savvy firm representing them here,” she added, “because they don’t have the capacity to maneuver the political system here in the U.S., they want to make sure that the policy community in Washington understands them better.”


The Podesta Group declined to comment further about the relationship. Clapp now serves as a senior adviser for the United States Institute for Peace and the Asia Society, two nonprofits. She has no knowledge of the details behind the contract, and no relationship with Podesta Group.

Firms that engage in work for foreign governments and most foreign-owned entities must register with the Department of Justice under the Foreign Agents Registration Act (FARA).  Overall, Podesta Group earned more than $4.2 million in FARA revenue last year, according to a figure it provided to The Hill. It earned about $25.1 million in federal lobbying revenue, which ranks it third among all K Street firms.

The contract between Podesta Group and the Republic of the Union of Myanmar, which has been signed by representatives at the embassy, will last 12 months. Each quarter, the country will pay the firm $210,000 — a relatively minor sum compared to other FARA deals. Documents say that the lobby firm “will provide strategic counsel to the principal on strengthening the principal's ties to the United States government and institutions.”

Podesta Group “will also assist in communicating priority issues in the United States-Myanmar bilateral relationship to relevant U.S. audiences, including the U.S. Congress, executive branch, media, and policy community,” according to a filing with Justice Department. 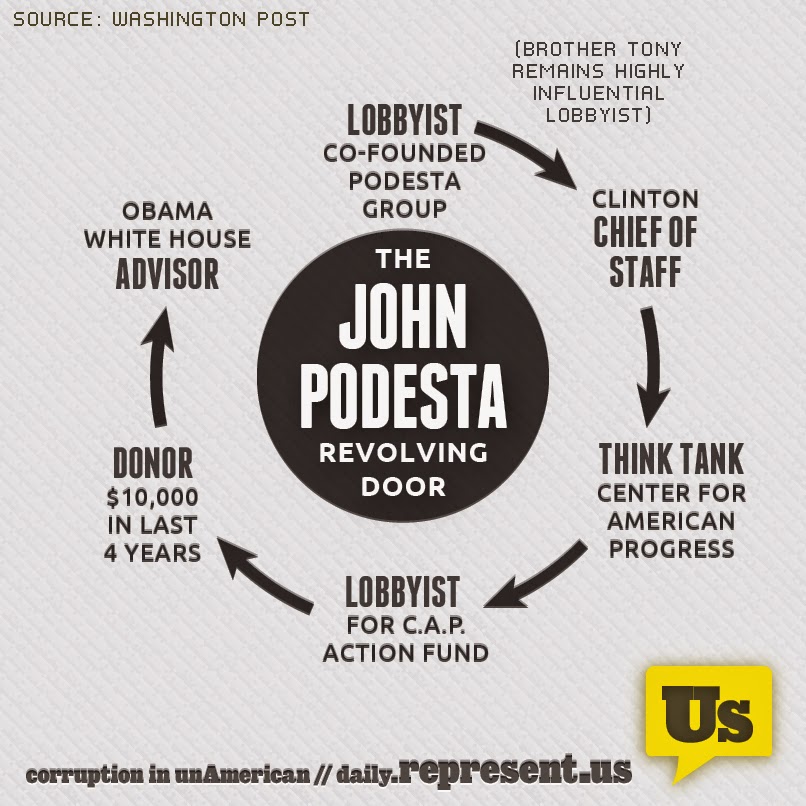 The government has been without K Street representation since 2003, when the Union of Myanmar State Peace and Development Council (SPDC) — the military junta-based government that was disbanded in 2011 — terminated its relationship with DCI Associates, which later became the public affairs firm DCI Group.

The country also engaged with lobbyists in the 1990s and the 1950s. The National Coalition Government of the Union of Burma (NCGUB), an exile government formed in opposition to the military leadership, has also hired U.S. consultants. That group disbanded in 2012. In late 2015, Myanmar is set for a general election that will be the most monitored in its history, Clapp said, to ensure that it is “free and fair.”
Washington has begun a slow but cautious embrace of Myanmar in recent years. Obama became the first U.S. president to visit Myanmar in 2012, and traveled to the country again in 2014. His administration has worked to ease some of the sanctions imposed on Myanmar, as long as it makes strides on human rights and democracy.
Many members of Congress remains skeptical, noting the military still has a hold on many parliament seats. The government there also faces accusations of violence and punishing journalists and political prisoners.
“Nobody expected them to move as fast as they did, or as far, in the first two years,” Clapp said. “That fueled greater expectations for the next two years” and into the present day. “You end up moving so fast that you hit a wall and you smash your nose — and that’s what ended up happening” in the country, she said.
Posted by Hla Oo at 10:21 PM