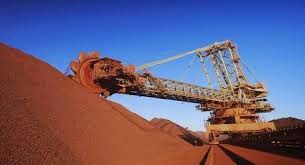 China's worst economic slowdown in 25 years will hit Australia as iron ore prices tumble, the World Bank says. One of the bank's top economists says a more severe moderation was possible in the economy of Australia's biggest trading partner.
Australia's growth pace had deteriorated sharply since the first quarter of 2014 as declining prices for key export commodities depressed mining investment, the World Bank noted. China's growth in 2014 was the weakest since 1990 but the bank says things are set to get worse - just a month after the Chinese government cut its growth target to seven per cent.
"The significant negative impact on Australia and New Zealand, among the world's largest commodity suppliers, would lead to indirect spillovers on the Pacific Island countries, given their tight links through trade, investment and aid," its East Asia and Pacific Economic Update report predicted.

Chinese growth would ease from 7.4 per cent in 2014, to 7.1 per cent in 2015, 7.0 per cent in 2016 and 6.9 per cent in 2017. "It is possible that the slowdown could be more dramatic," the World Bank's chief economist for East Asia and the Pacific, Sudhir Shetty, told reporters in Singapore.
"It's not likely ... but if it were to happen, it would clearly matter a lot for the economies in this region because they're very connected to China both in terms of investment flows as well as in terms of exports."
China is a major buyer of Australian iron ore, which is used to make steel. The World Bank said China needed to implement reforms that would ensure sustainable, long run growth as its economy shifted to a consumption-led, rather than an investment-led, growth model.
Its predictions were released as federal Treasurer Joe Hockey forecast the iron ore price dropping to $US35 a tonne, which could see commonwealth revenue fall by $25 billion over four years.
Official Chinese data also showed a 14.6 per cent drop in exports in the year to March, as imports fell by 12.3 per cent.
China trade slumps on weak demand

BEIJING--China's exports fell sharply in March while imports slumped once again, suggesting to economists that the world's second largest economy is being hit with sluggish demand at home and abroad.


The nation's exports slid 15% from a year earlier in March while imports dropped 12.7%, according to data released Monday by the General Administration of Customs. "Domestic demand is still sluggish," said Kevin Lai, economist at Daiwa Capital. "Other than the U.S., the export situation isn't looking very strong."


The fall defied the expectations of economists who said exports usually rebound after the Lunar New Year, which fell in February this year. In February, customs data showed exports up 48.3% from a year earlier while imports were down 20.5%.


Exports are no longer the big engine for the Chinese economy that they once were but the absence of growth in that once-critical area is a further drag on already weak growth. China's economy posted growth of 7.4% last year, its slowest pace in 24 years, and the government has set an even lower target of about 7% growth for this year.
Beijing has used a host of targeted measures to boost the economy, ranging from increased infrastructure spending and reductions in electricity tariffs to two cuts in interest rates to lower the cost of borrowing for domestic companies.


Data for the first quarter are due to be released Wednesday, and many economists project growth at less than 7% from a year earlier. Economists expected an increase of about 10% for exports in March and a drop of 12% for imports, according to a poll of analysts by The Wall Street Journal.
China posted a trade surplus of 18.16 billion yuan in March, or about $2.93 billion, well below the $60.6 billion surplus in February.

(Blogger’s Notes: Iron ore price at just 35 bucks a ton and dramatic slowdown in Chinese economy are supposed to be two main triggers that will pop the mega housing bubble worth 1.9 trillion dollars in Australia.) 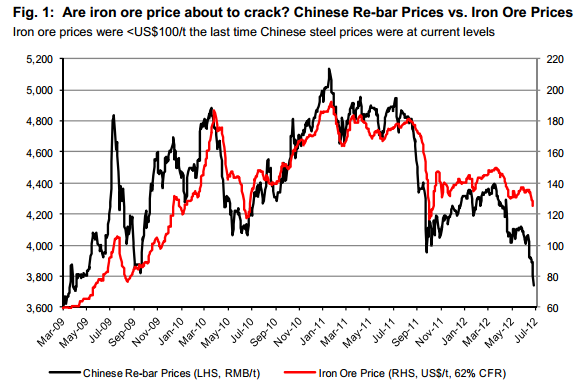 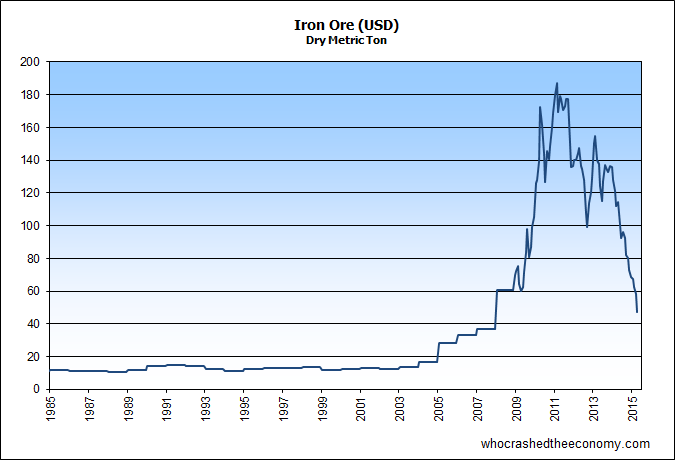