(Michael Leahy’s article direct from The BREITBART NEWS on 08 March 2017.) 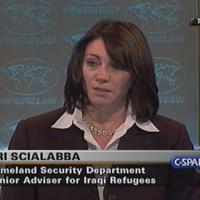 Scialabba was number one on the list of eight Obama holdover bureaucrats identified by Breitbart News that President Trump “should fire or remove at Homeland Security.” According to a source within the Department of Homeland Security, Scialabba sent the following message to her colleagues at USCIS about her resignation on Tuesday:

After almost 33 years of public service, I will be retiring from the federal government at the end of March. I consider myself very fortunate to have worked with USCIS for over 10 years, first as the associate director of the Refugee, Asylum and International Operations Directorate, and then serving as your deputy director for nearly six years. While the decision to leave USCIS was difficult, the opportunity presented was right for me. I have accepted a position in the private sector and look forward to the new challenge.


I come from a strong public service background and I’ve been lucky to work in agencies with a meaningful mission. The work USCIS performs is of great importance, and has been an extraordinary part of my life. My entire career has been dedicated to the fascinating and complicated subject of immigration law, policy, and operations and I have enjoyed the challenge and reward of serving in the federal government.

I would like to take this opportunity to express my sincere appreciation to all of you. During my time at USCIS, I have remained impressed by the quality and dedication of the workforce. You work tirelessly to fulfill our mission in a professional, compassionate manner while ensuring the integrity of the immigration system and the security of our nation. I am very proud of everything you have accomplished and very proud to have been the deputy director of USCIS.

“I can confirm the text you sent [above] is not a resignation letter – it is from an all-USCIS email dated March 7 from the acting director which informed agency employees of her decision to retire from federal service at the end of March after almost 33 years of public service,” a spokesperson for the Department of Homeland Security tells Breitbart News.

Scialabba made headlines during her brief tenure with the Trump administration when she openly defied the president. “One week after President Donald Trump fulfilled a campaign promise by curbing the arrival of refugees from several Muslim-majority countries, a senior bureaucrat at the Department of Homeland Security countermanded his presidential directive,” Breitbart News reported on February 22:

The acting director of U.S. Citizenship and Immigration Services (USCIS) of Homeland Security, Lori Scialabba, sent out a February 2 memo directing her employees to continue processing documents for refugees from the (seven Muslim) countries named by Donald Trump.

“I would bet that Scialabba will be joining a law team that will be filing lawsuits against Trump,” a source within the Department of Homeland Security tells Breitbart News.

One “Deep State” Bureaucrat Trump Should Fire or Remove

One week after President Donald Trump fulfilled a campaign promise by curbing the arrival of refugees from several Muslim-majority countries, a senior bureaucrat at the Department of Homeland Security countermanded his presidential directive.

The acting director of U.S. Citizenship and Immigration Services of Homeland Security, Lori Scialabba, sent out a February 2 memo directing her employees to continue processing documents for refugees from the countries named by Donald Trump. The memo was leaked to The Intercept website and was made public on Document Cloud.

According to The Intercept:

LESS THAN ONE week after senior leadership at the Department of Homeland Security issued a policy guidance that threatened to bring much of the government’s asylum and refugee work to a grinding halt, a new directive issued to employees appears to reverse key elements of the procedures U.S. immigration officials are expected to follow…

According to an internal memo issued Thursday by Lori Scialabba, the acting director of U.S. Citizenship and Immigration Services, the portion of Trump’s controversial ban pertaining to the issuance of visas and other benefits to immigrants from the targeted countries “does not affect USCIS adjudication of applications and petitions filed for or on behalf of individuals in the United States regardless of their country or nationality.”

The new memo, obtained by The Intercept, stands in direct contradiction to the earlier DHS guidance, which effectively blocked U.S. immigration officials from issuing decisions in any adjustment of status cases for nationals of the banned countries — including applications for permanent residency and naturalization by individuals already in the United States.

Scialabba’s actions spotlight the need for Trump to nominate his top appointees so they can clean house in the many agencies that they were elected to oversee. Trump nominated General John Kelly as Secretary of the Department of Homeland Security, and he was confirmed January 20, but much of the implementation of the department’s policies is still controlled by holdover bureaucrats, such as Scialabba.

Until they are removed, sources say, the Department of Homeland Security will not come close to implementing President Trump’s agenda, even with Kelly at the top of the organization.

“It normally takes a president more than a year to get the lion’s share of his appointees in place, leaving the management of agencies and departments in the hands of career employees who are not in position to make critical and long-term decisions,” Max Steir reported at Bloomberg Views.

Sources tell Breitbart News that the Department of Homeland Security, and in particular U.S. Citizenship and Immigration Services [USCIS], is a hotbed of career open borders ideologues, many of whom intend to directly and indirectly subvert President Trump’s agenda. 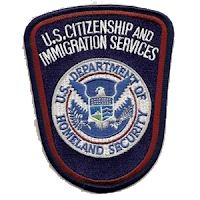 “If you go down the list of current management at USCIS, probably 80 percent are open-borders left-wing ideologues,” a source, who has worked at the Department of Homeland Security for more than a decade and supports President Trump’s agenda, tells Breitbart News.

“USCIS probably has the most violent anti-border people in the United States. These are in the management. These do not believe in borders. I know them personally,” the source says. “I am deeply concerned President Trump will not clean the deepest swamp, USCIS,” the source says:

All the work that is done on “vetting” of aliens is primarily for only two reasons; to keep bad guys out or to find and remove bad guys from the country. While everyone agrees that CBP [Customs and Border Patrol] is the main agency to keep bad guys out, nobody ever notices that USCIS is the agency responsible for denying applications in order to remove avenues of relief for aliens that need to be removed.

Billions can be spent on border controls, but if USCIS isn’t on board, every alien that steps foot in the U.S. could find protection to stay. Even if they eventually receive a removal order, USCIS can, by policy, keep them in the U.S. for decades.

From 2006 to 2011, Scialabba was associate director of USCIS Refugee, Asylum and International Operations. She concurrently served from 2007 to 2009 as a senior advisor to former Secretary of Homeland Security Michael Chertoff on issues affecting Iraqi refugees…

Her career began in October 1985 with DOJ through the Attorney General’s Honors Program. There, she litigated deportation cases as a trial attorney for INS [the Immigration and Naturalization Service] in Chicago.

As a career civil servant, and not a political appointee, Scialabba is protected by The Pendleton Act, which makes it very difficult to fire career bureaucrats. However, nothing prevents Secretary Kelly or President Trump from immediately beginning the process of removing her from any position of authority at USCIS.

Almost  Every Iraqi Muslim Applying For Political Asylum Gets It

The case for removing Scialabba from USCIS entirely is particularly compelling. In her previous position at USCIS, Director of Refugee Asylum and International Operations, “it was common knowledge that her email was directly available to anyone in the Iraqi community who wanted to apply for asylum,” the source adds.

“Iraqis that come into the country on various other visas were applying for asylum right away. Their cases would be denied because they didn’t qualify, they didn’t meet any of the five grounds for asylum. They didn’t have well founded fear, they weren’t persecuted,” the source notes.

“Any Iraqi that was denied asylum, they would email Scialabba directly. She would email her subordinates at the local offices, and those cases would be re-opened and approved, basically to please her,” the source said. 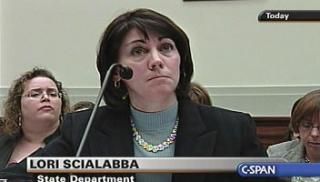 One attorney in one of the eight cities where local asylum approval officers were located appeared to have a direct line to Sciallabba as well. Iraqi immigrants would flock to that city because that particular lawyer, working through the local USCIS office, had a virtual 100 percent record of securing asylum approvals for Iraqis.

“I don’t know if you could make a case Scialabba had broken any laws, but it certainly was unethical because she was giving advantage to one nationality over all other nationalities,” the source tells Breitbart News.

A 2009 article in The New Yorker confirmed many of the details the source provided to Breitbart News. George Packer wrote in the March 9, 2009, edition of The New Yorker:

I was going to write a post in praise of an obscure career civil servant who does her job with unusual conscientiousness. Her name is Lori Scialabba, and she is the—we’re dealing with the federal bureaucracy here—associate director of the Refugee, Asylum, and Operations Directorate at the Department of Homeland Security’s U.S. Citizenship and Immigration Services, as well as serving as the department’s senior adviser on Iraqi refugees.

In other words, she’s the person appointed to cut through the red tape that was keeping all but a trickle of Iraqi refugees from reaching these shores.

Pretty soon, Scialabba was hearing from Iraqis on a regular basis. And this is why she deserves some sort of medal: far from discouraging the correspondence, she always wrote back quickly.

To Iraqis who had grown accustomed to a sluggish and indifferent American bureaucracy after growing up with a sinister Iraqi one, Scialabba’s responsiveness must have seemed angelic. And her alacrity was matched by her efficacy: she always got the case moving, and she persisted until it was resolved.

“If Scialabba stays where she is at USCIS, and President Trump appoints a political hack to run the agency, she will continue to lead USCIS down the path of destruction to this country,” the source says. Scialabba’s actions at USCIS subsequent to the inauguration of President Trump appear to support that view of her stewardship there.