The idea of a space-based laser gun was disclosed in the journal Chinese Optics in December 2013 by three researchers, Gao Ming-hui, Zeng Yu-quang and Wang Zhi-hong. All work for the Changchun Institute for Optics, Fine Mechanics and Physics – the leading center for laser weapons technology.


“In future wars, the development of ASAT [anti-satellite] weapons is very important,” they wrote. “Among those weapons, laser attack system enjoys significant advantages of fast response speed, robust counter-interference performance and a high target destruction rate, especially for a space-based ASAT system. So the space-based laser weapon system will be one of the major ASAT development projects.”

The researchers propose building a 5-ton chemical laser that will be stationed in low-earth orbit as a combat platform capable of destroying satellites in orbit. Given funding by the Chinese military, which is in charge of China’s space program, the satellite-killing laser could be deployed by 2023.

According to the article, an anti-satellite attack in space would employ a ground-based radar to identify a target satellite, a special camera to provide precision targeting and a deployable membrane telescope that would focus the laser beam on the target satellite. The article also reveals that in 2005, the Chinese conducted a test of a ground-based laser weapon that was used to “blind” an orbiting satellite.

“In 2005, we have successfully conducted a satellite-blinding experiment using a 50-100 kilowatt capacity mounted laser gun in Xinjiang province,” the three researchers wrote. “The target was a low orbit satellite with a tilt distance of 600 kilometers. The diameter of the telescope firing the laser beam is 0.6 meters wide. The accuracy of [acquisition, tracking and pointing is less than 5 [microradians].” 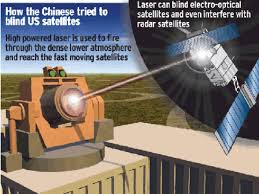 Richard Fisher, a China military specialist at the International Assessment and Strategy Center, disclosed the existence of the laser weapons program in US congressional testimony last month. He did, however, caution that the publication of such articles is a clear indication that Beijing wants the world to believe — or at least raise the possibility that it could — rapidly militarize space.

China’s space program is dual-use — supporting both civilian and military needs. For example, China’s Shenzhou and Tiangong manned spacecraft were used to perform military missions. China’s coming space station and plans for a future base on the moon also will have military applications. It is conceivable that China could launch an orbiting laser gun disguised as a scientific module.

Long March 3C, carrying an experimental spacecraft, lifts off from the launch pad at the Xichang Satellite Launch Center, Sichuan province, October 24, 2014. The experimental spacecraft launched early on Friday morning is part of a test in the hope of leading to future return missions to the moon, China's state media reported.

“The Chinese government would not hesitate to use the lives of its astronauts as a shield to deceive the world about the real purpose of its space station,” Fisher says. “Having gained the advantage of surprise, the combat space station could begin attacks against key US satellites, thus blinding the US to the launch of new combat satellites that would attack many more US satellites.”

Developing dedicated space combat system is in line with China’s long-term goal of achieving global strategic ascendency. Fisher believes the threat of Chinese space weapons is more than notional and that the US should respond by developing its own space warfare capabilities.
China has been working on developing laser weapons since the 1960s, and the People’s Liberation Army in 2015 published the book Light War that gives a central role to fighting a future war using lasers.

The book argues that future warfare will be dominated by combing Big Data analytics – a specialty of Chinese military cyber warriors with artificial intelligence and directed energy weapons. According to Light War, deploying robot laser weapons in space is needed since directed energy will dominate the battlefields in 30 years.

“Perhaps the PLA is already reconfiguring for such a new era inasmuch as a major mission for the PLA’s new Strategic Support Force may be to lead the weaponization of the information realm and outer space,” Fisher says. 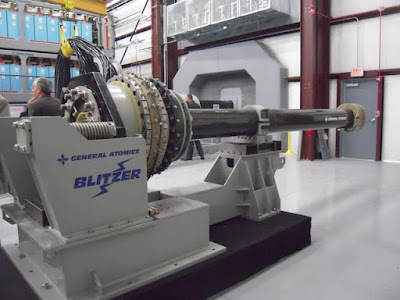 The Chinese effort could neutralize decades of investment by the United States in its own directed-energy weapons, including lasers, electromagnetic railguns and high-power microwave arms. The Pentagon in the past developed an airborne laser for use in missile defenses and railguns are expected to be deployed in the early 2020s. High-powered compact laser guns are slated for the 2030s.

Military secrecy prevents knowing the full breadth of China’s hi-tech energy weapons programs. But the testimony and published writings make clear that the development of these arms is getting large-scale investment and high-level Chinese support.

Michael J Listner, of Space Law & Policy Solutions, believes China is likely making substantial progress in directed-energy devices, based on efforts being made and the resources available. “And with their prolific network of espionage, it is likely that development is supported by foreign research they have acquired as well,” he said.

“Such devices have a myriad of applications to include adapting them to their ASAT program, ballistic missile defense, point-defense for their naval vessels and battlefield applications,” he added. “Once China develops the underlying technology, the potential military applications are limitless as are the non-military uses.”

China’s disclosures about the coming weaponization of space should greatly concern American and allied defense planners, given the potential for these technologies to alter global stability and peace. In light of these threats, the United States should consider changing its long-held policy of not deploying arms in space.


“As long as China demonstrates its willingness to exploit much of its space program for potential military missions, the US must possess options for at least neutralizing potential threats, preferably short of threatening lives,” Fisher says. 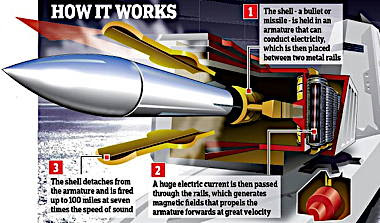 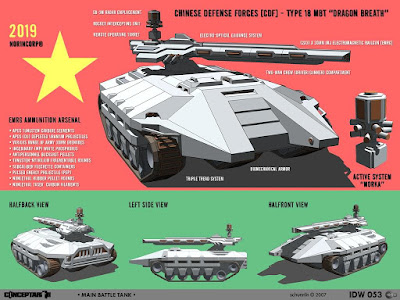