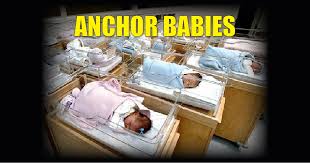 “On immigration, some legal scholars believe you can get rid of birthright citizenship without changing the Constitution,” Axios’ Jonathan Swan asked President Trump in the video interview. “With an executive order,” Trump replied. “Exactly,” Swan followed up. “Have you thought about that?” “Yes,” Trump replied.

“Tell me more,” Swan implored. “It was always told to me that you needed a Constitutional amendment–guess what? You don’t,” Trump said. “Number one, you don’t need that. Number two, you can definitely do it with an act of Congress. But now they’re saying I can do it with just an executive order. Now, how ridiculous–we are the only country in the world where a person comes in, has a baby, and the baby is essentially a citizen of the United States for 85 years with all of those benefits? It’s ridiculous. It’s ridiculous–and it has to end.”


Swan asked if Trump has discussed this matter with legal counsel for the White House and he confirmed he has, and that this is “in the process.” “It will happen–with an executive order, that’s what you’re talking about right?” Trump said. “I didn’t think anybody knew that but me, I thought I was the only one.”

Revoking birthright citizenship would have immediate and far-reaching consequences. It would mean the children of illegal aliens, even if born in the United States, would not be bestowed U.S. citizenship upon birth. It would also likely deter the practice of foreigners having “anchor babies,” where they aim to give birth to children on U.S. soil so as to obtain U.S. citizenship for their children at birth.

In fact, the anchor baby population–those born in the United States to at least one illegal alien parent–has skyrocketed in recent years. According to a recent Congressional Budget Office (CBO) report, the total anchor-baby population now exceeds the annual number of U.S. citizen births from American citizens.

Trump moving forward on such plans would likely set off a legal and political battle of epic proportions, as lawsuits would come in challenging the order’s legality and the president’s authority to act via executive action on this front.

But there also remains a possibility, if Republicans hold the House in next week’s midterm elections and add seats in the Senate, that a more permanent legislative fix not dependent on who is in the White House could come for dealing with ending birthright citizenship.

Trump told Axios’ Jonathan Swan: But now they’re saying I can do it with just an executive order. Now, how ridiculous–we are the only country in the world where a person comes in, has a baby, and the baby is essentially a citizen of the United States for 85 years with all of those benefits? It’s ridiculous. It’s ridiculous–and it has to end.

Graham continued explaining that birthright citizenship is a foreign concept in most modern countries. The South Carolina Republican said, “The United States is one of two developed countries in the world who grant citizenship based on location of birth.  This policy is a magnet for illegal immigration, out of the mainstream of the developed world, and needs to come to an end.”

Eliminating birthright citizenship would prevent children born of illegal aliens would not receive citizenship status and would likely deter the practice of foreigners having “anchor babies” where immigrants plan to give birth to children on American soil to obtain citizenship for their children. 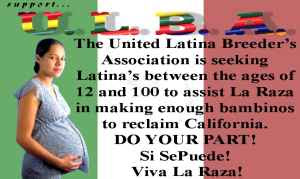 In case you need a refresher on birthright citizenship: As it stands now, any person born on U.S. soil is a citizen -- regardless of the parents’ immigration status -- because of the citizenship clause of the 14th Amendment. Trump has recently advocated for pulling back citizenship for illegal immigrants’ children. Some, like Trump, refer to these children as "anchor babies."

Considering that about 300,000 babies are born to illegal immigrants and become citizens every year, we wondered if Trump is right to say that "many" scholars think this isn’t necessarily a constitutional right. We won’t dig into who’s a "great" scholar, but we will look at how widespread this position is and if "many" say the 14th Amendment isn’t an impediment to Trump’s plan.

The 14th Amendment became part of the Constitution in 1868 following the Civil War. The amendment established birthright citizenship and equal protection under the law for all citizens, making newly freed slaves full American citizens. The relevant clause reads: "All persons born or naturalized in the United States, and subject to the jurisdiction thereof, are citizens of the United States and of the State wherein they reside."

Today, this clause is widely understood to mean that the Constitution requires that everyone born on U.S. soil -- regardless of parents’ citizenship -- is automatically an American citizen. We polled a number of experts in immigration law, and each one told us that this is the mainstream view among legal scholars, without question.

The matter is not considered 100 percent settled, though. For one, the clause doesn’t directly address illegal immigration. Also, the Supreme Court has never made a specific ruling about a person born to undocumented parents.

The most relevant Supreme Court ruling was in an 1898 case, United States vs. Wong Kim Ark. The court decided that a man, Wong Kim Ark, was an American citizen because he was born in America, even though his parents were Chinese immigrants. Because his parents were legal residents, the case does not directly apply to children of undocumented parents.

In any case, this viewpoint is held by only a handful of legal scholars, not "many."

"I believe that Trump’s statement is incorrect," said Yale Law School professor Peter Schuck, one of the leading scholars who has endorsed this position. "I would say that our view on the constitutional issue is decidedly the minority view."

The gist of the argument rests on the fact that the 14th Amendment requires people to be born on U.S. soil and be "subject to the jurisdiction thereof" to receive citizenship at birth, as the amendment says. To understand this point a little better, consider the example of children of foreign diplomats born in the United States. These children are not citizens because their parents have allegiance to a foreign country and not the United States -- meaning they are not subject to U.S. jurisdiction.

Some people interpret the inclusion of "jurisdiction" as requiring mutual consent for citizenship: The person and the United States have to agree that this person is eligible for citizenship. If the parent is here illegally, does the United States agree that the child should be eligible for citizenship? Congress could, according to this point of view, decide that the answer to this question is "no," rendering the 14th Amendment inapplicable to these children, without violating the Constitution. 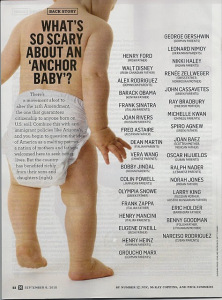 We won’t dig into this question further -- there’s a lot of history and judicial precedent to digest on both sides of the argument. The small group of scholars who endorse this idea -- that Congress can decide whether birthright citizenship extends to children of undocumented immigrants -- is not strictly partisan.

Schuck is a self-described moderate, and he published the primary book on this topic in the 1980s with University of Pennsylvania professor Rogers Smith, who is liberal. Many of the scholars who have come out in support of this view in the past few weeks have conservative backgrounds, such as Edward Erler and John Eastman, both of the conservative Claremont Institute think tank. But not all conservatives share this point of view, either.

Also, at least one federal judge has said publicly that interpreting the 14th Amendment in this way wouldn’t require changing the Constitution: Hon. Richard Posner of the 7th Circuit, appointed by President Ronald Reagan.

Still, these legal thinkers "are in a very small minority," said Evelyn Cruz, director of the Immigration Law and Policy Clinic at Arizona State University’s law school. "Most scholars believe that the Constitution would need to be amended to achieve a reading opposite to Wong Kim Ark."

Trump said, "Many of the great scholars say that anchor babies are not covered" by the 14th Amendment.

There are respected academics who argue that the 14th Amendment allows but does not require children of illegal immigrants to receive citizenship just by virtue of having been born on American soil. However, this is a minority of immigration and constitutional law scholars, far outweighed by those who believe the 14th Amendment requires birthright citizenship for children of illegal immigrants.

Trump goes too far when he says "many," so we rate his claim Half True. 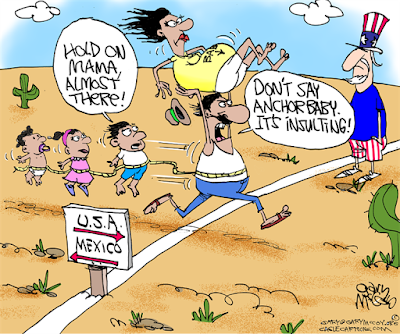