(Staff articles from The INDEPENDENT UK & WOMEN IN THE WORLD in 2017.) 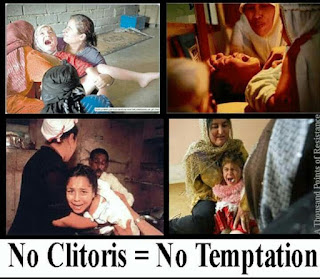 Female genital mutilation is a religious right, claim lawyers in first US case on the practice after two Indian-American doctors and one of their wives charged with subjecting two seven-year-old girls to genital cutting.

Defence lawyers will argue female genital mutilation is a religious right in the first ever federal case on the practice in the US. Two Detroit doctors and one of their wives have been charged with subjecting two seven-year-old girls to genital cutting.

The defendants are part of a religious and cultural community called Dawoodi Bohra, an Islamic sect based in India, which is accused of practicing FGM. It is the first federal case of its kind in the US, where FGM was banned in 1996.

Dr Jumana Nargarwala, 44, is alleged to have carried out the practice on young children for 12 years. Dr Fakhruddin Attar, 53, is accused of letting Nargarwala use his clinic to carry out the procedure, while his wife Farida Attar, 50, is accused of holding the hands of at least two victims during the cutting procedures to comfort them. They were charged with conspiracy, female genital mutilation and aiding and abetting.


Their defence lawyers plan to put forward a religious freedom argument. They maintain the doctors did not actually cut the girls, just scraped their genitalia, and argue the defendants are being persecuted by practicing their religion. If the defence can show the procedure was just a nick and caused no harm, the defendants could be acquitted on religious grounds, legal experts told the Detriot Free Press.

According to court documents, the girls said they were told they were going to Michigan, for “a special girls' trip”. One of the girls said that after the procedure “she could barely walk, and that she felt pain all the way down to her ankle”. The girls said their parents told them not to talk about what happened and one couple described it as a "cleansing" of extra skin. The documents said the girls had scarring and abnormalities on their clitorises and labia minora.

Consensus among the medical community is that the practice of removing or injuring female genital organs has no known health benefits. However, it has been performed on more than 200 million women and girls in 30 countries, according to the World Health Organisation (WHO).

"It reflects deep-rooted inequality between the sexes and constitutes an extreme form of discrimination against women. It is nearly always carried out on minors and is a violation of the rights of children," according to the WHO.

In 2012, a report by the US Centers for Disease Control and Prevention found roughly 513,000 women and girls in the United States were at risk of undergoing FGM, which was more than twice an earlier estimate based on 1990 data.

Freedom Of Religion Is An Illegitimate Defense For FGM Doctors

The barbaric ritual of female genital mutilation (FGM) is a primitive practice that grew out of tribal custom predominantly in Africa, the Middle East, and Southeast Asia. It’s the act of dismembering the clitoris — sometimes brutally, with cut glass and no anesthetics — to deter girls from desire and “sexual promiscuity” before they begin puberty.

FGM has long been seen as an “over there” problem, confined to dirt-floor shacks in third-world countries and carried out by the uneducated and ignorant. We don’t imagine it happening in America, in clinics run by American-born U.S. citizens who secure prestigious medical training from places like Johns Hopkins University School of Medicine.

Even among Muslims, it is unthinkable that a female hijab-wearing doctor who has professed dedication to Islam through an outward expression of it, could succumb to such a primitive and un-Islamic practice. And yet, Dr. Jumana Nagarwala, a physician at Henry Ford Hospital in Detroit, has been charged with a multiple-count criminal complaint in a groundbreaking first case of FGM on U.S. soil.

The Michigan-based Indian-Muslim doctor made headlines recently for allegedly performing genital mutilation on two 7-year-old girls who are still in confusion and don’t understand how they’ve been monstrously violated.

On Friday, federal authorities made another arrest in the case, taking a second doctor, Fakhurddin Attar, and his wife, Farida Attar, into custody and alleging that the doctor allowed Nagarwala to use his medical clinic to perform the mutilations, according to the local Fox affiliate.

In the criminal complaint against Nagarwala, the two girls said they were brought to Detroit for a “special girls’ trip” and were told they had to go to the doctor because “our tummies hurt.” One of the children is quoted in the complaint as saying that Nagarwala “pinched” her on the “place [where] she goes pee” and that she was told not to say anything about the procedure. 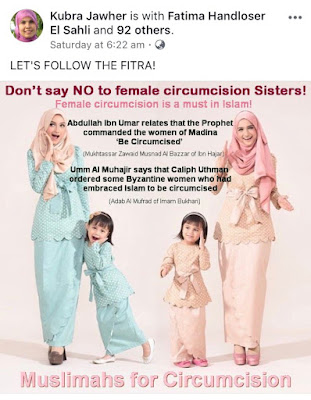 A doctor who later examined the girl said that her genitals “are not normal in appearance,” and that parts of them had been altered or removed, according to the complaint. The young girls, the complaint goes on, were brought to Dr. Nagarwala from Minnesota, and she is suspected to have subjected “multiple” other girls to the procedure, which is often done without the consent of the minor child in what is a painful and life-altering mutilation of the human body that strips women of the ability to feel fully.

Dr. Nagarwala’s defense attorney is pushing back against the charges under an argument of religious protection, The Detroit News reported this week. However, there is nothing in Dr. Nagarwala’s Islamic faith that condones or justifies this horrific act. Subjecting young girls to this deeply invasive procedure is a form of physical, mental and emotional abuse that grossly departs from the American values immigrant communities must adhere to when they come to the United States.

Legally, a defense attorney would also be hard-pressed to mount a convincing argument that mutilating children is protected by the U.S. Constitution, even under the guise of religious freedom.

The mutilation of little girls has received the protection of faith by critics and proponents of the practice, both of whom often rely on “Hadiths” to support their positions on the issue. Hadiths are a collection of theological references curating strictly vetted sayings and teachings of the Prophet Muhammad.

However, Hadiths are glorified second-hand accounts of what supposedly did or did not happen more than a millennium ago, and collected many years after the prophet’s death. They’ve been wrongly ossified as a part of the Islamic faith when in fact Hadiths are nothing more than a primitive game of “he said, she said.”

There are no religious practices that allow for mutilation. Sheikh Uth-man Khan, Academic Dean of Critical Loyalty, a leading online school of Islamic sciences, strongly denounces FGM. In an email, Khan shares, “FGM is not a religious right at all. For something to be a religious right, there needs to be textual evidence. The scripture of Muslims doesn’t talk about it. Rather, the Quran warns against any type of mutilation.”

Surah 4:119 of the Quran strictly warns against behavior that will “change the creation of Allah.” Certainly, a brutal cut to the most intimate and sensitive part of a woman’s anatomy is a complete violation of what the highest authority text in the Islamic faith has to say. Surah 4:119 sees alterations that are against the natural design of God as allying with Satan, causing the individual to suffer a profound spiritual loss.

Across secular societies women have been rallying to end FGM, including the launch of a 2016 celebrity-studded U.K.-based campaign hashtagged #BrutalCut. And for years, many activists who value their old-world cultures have tried to simultaneously raise awareness of the dark underbelly of those civilizations that have failed to adapt to a modern world that protects the individual and cherishes human rights.

FGM, often also seen as a right of passage into puberty, is another act of sexual violence against girls enacted by those closest to them, including their own mothers. It has no place in Western society and it must be challenged as aggressively at home as it is abroad.

Health organizations have also been working to draw attention to this hidden crisis of FGM that often goes undetected and unreported. The World Health Organization (WHO) has condemned the practice. The Center for Disease Control (CDC) published a 2016 report revealing a staggering figure: More than half a million U.S. women and girls had undergone FGM or were at risk in 2013.

The number has escalated as immigrant communities continue to grow without reinforcements to integrate and adapt to American values — key among which is the right of an individual to be in full possession of her body and protected against abuse and victimization. 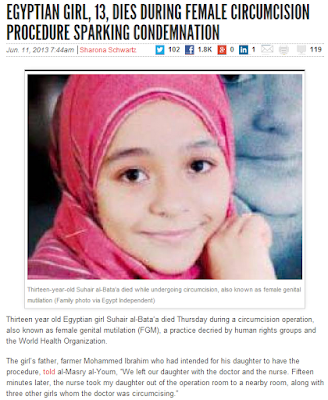