(Judi McLeod’s article from The CANADIAN FREE PRESS on 06 January 2019.)

When Activists Become Power-Drunk Politicians: Expect no let up from the pain caused by the ‘We Didn’t Come To Play, We Came to Destroy the USA’,  Alexandria Ocasio-Cortez-led radicals trying to run Congress into the ditch.

Almost overnight government is no longer government only unadulterated activism, congress is no longer a place for legislation or debate but only activist-engendered catfights where scratching and hissy fits are the order of the day. That’s what you get when activists become power-drunk politicians.

You don’t have to be fact-filled or even right any more but only capable of being able to jump the shark called Twitter. Freshman Rep. Alexandria Ocasio-Cortez, D-N.Y., has narrowly surpassed fellow Democrat and House Speaker Nancy Pelosi in her Twitter following, with almost 1.9 million followers.

Ocasio-Cortez now has 1,884,235 million followers, compared with Pelosi’s 1,852,397 million. Other freshman congresswomen, such as Ilhan Omar, D-Minn., and Rashida Tlaib, D-Mich., lag far behind Ocasio-Cortez, with a comparatively small 370,000 and 183,000 followers, respectively.

Ocasio-Cortez trended on the social media platform on Thursday after now-deleted account “AnonymousQ” shared a video of the congresswoman from her Boston University days dancing like the students who let loose in the movie “The Breakfast Club.”

“Here is America’s favorite commie know-it-all acting like the clueless nitwit she is,” AnonymousQ had captioned the tweet. The video first gained popularity among the populist right and followers of the “QAnon” conspiracy theory. But it soon went viral as many jumped to Ocasio-Cortez’s defense.” There’s only one “AnonymousQ” but millions of Ocasio-Cortez-fawning Marxist Millennials.

In response, Ocasio-Cortez released her own video Friday, which is now the best-performing tweet on her account in the last seven days. “I hear the GOP thinks women dancing are scandalous,” she captioned her tweet, in which she dances in front of her office in the Capitol building. “Wait till they find out Congresswomen dance too!” The video has since gained over 100,000 shares and garnered almost 500,000 likes.”

Dancing Queen Ocasio-Cortez and her ilk prove that you no longer have to be factually correct in ad hominem attacks on the enemy any more, only like Rashida Tlaib capable of shouting obscenities, within hours of being sworn in on Thomas Jefferson’s Quran. You no longer have to pay allegiance to the Christian Bible by refusing to be sworn in on it like Arizona Sen. Kyrsten Sinema. 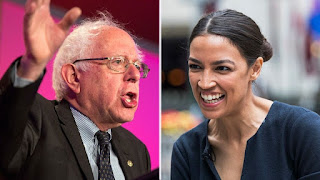 Saul Alinsky, Ocasio-Cortez & Co. will show YOU what real radical is. Tradition, protocol, respect for the country you were elected to serve no longer count when newbie radicals such as Jennifer Wexton, can plant the Transgender flag right outside her office before sending out a braggart type picture declaring it as the historical first. Get ready for everyday proof that activists, who have no respect for the opinions of non-elected others, make lousy legislators.

The Marxist fantasies of all of the above have gone all the way from Hillary didn’t lose the 2016 presidential election, all the way to Israel doesn’t exist on the world map. They live only to get even with Donald Trump winning America’s 45th and count on their thousand and one temper tantrums being celebrated by a Marxist complacent mainstream and social media.

You can now move deeper into the past and take your cobwebs with you, Saul Alinsky, Ocasio-Cortez & Co. will show YOU what real radical is. They didn’t come from nowhere and only from Bernie Sanders because these raring-to-go newly-elected Social Democrats had ex-president Barack Hussein Obama blaze a path for them.

Call the blueprint using leftwing activism as a lever to get elected, make multi-millions by whatever means necessary while in office, then return to a life of street activism with money never honestly earned.

Obama started off as a Community Organizer—a FAILED Community Organizer.  Education was what his brand of community organizing was all about.  His Annenberg mission with unrepentant domestic terrorist Bill Ayers failed.  Countless school children are still being indoctrinated rather than educated.  Crime rates in his home city of Chicago increased rather than decreased after he handed the mayoralty over to his pal Rahm Emanuel.

There’s only one silver lining in the advance of the radicals on an already Democrat corrupt Congress: As loudly demanding and brash as they are,  the radicals (Thank God!) are still nothing but a screeching fringe, a boil on the rump of society. Millions have been waiting for Obama to come out of hiding as self-appointed “Resistance” leader, enabling the battle to be fought on an even playing field.

Obama has come out in the presence of wild-eyed Ocasio-Cortez and Company. It’s two years out to the 2020 presidential election campaign, but it already feels like forever. 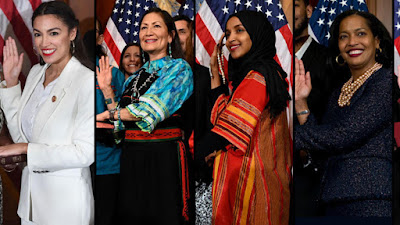 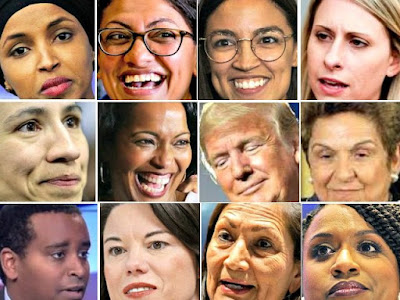